Aging isn't just a biological process -- it's also very much a cultural one.

Different cultures have different attitudes and practices around aging and death, and these cultural perspectives can have a huge effect on our experience of getting older.

While many cultures celebrate the aging process and venerate their elders, in Western cultures -- where youth is fetishized and the elderly are commonly removed from the community and relegated to hospitals and nursing homes -- aging can become a shameful experience. Physical signs of human aging tend to be regarded with distaste, and aging is often depicted in a negative light in popular culture, if it is even depicted at all.

"There's so much shame in our culture around aging and death," Koshin Paley Ellison, Buddhist monk and co-founder of the New York Zen Center for Contemplative Care, told the Huffington Post. "People themselves when they're aging feel that there's something wrong with them and they're losing value."

Psychologist Erik Erickson argued that the Western fear of aging keeps us from living full lives. "Lacking a culturally viable ideal of old age, our civilization does not really harbor a concept of the whole of life," he wrote.

Here's what we can learn from other cultures, both past and present, about embracing the aging process. 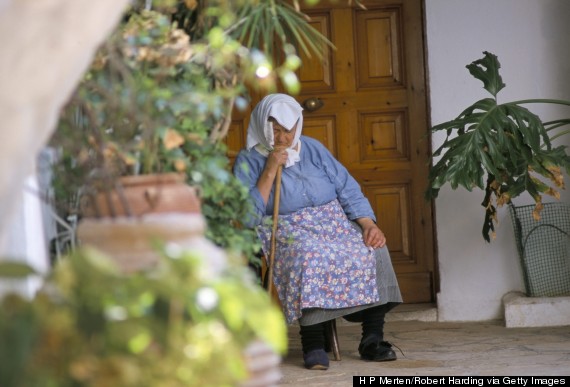 The Western cultural stigma around aging and death doesn't exist in Greece. In Greek and Greek-American culture, old age is honored and celebrated, and respect for elders is central to the family.

Arianna Huffington described an experience of Greek elderly respect in her book, On Becoming Fearless:

"Ten years ago I visited the monastery of Tharri on the island of Rhodes with my children. There, as in all of Greece, abbots are addressed by everyone as 'Geronda,' which means 'old man.' Abbesses are called 'Gerondissa.' Not exactly terms of endearment in my adopted home. The idea of honoring old age, indeed identifying it with wisdom and closeness to God, is in startling contrast to the way we treat aging in America." 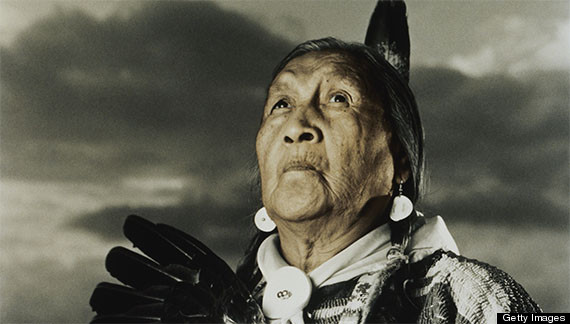 Though attitudes towards death in contemporary American culture are largely characterized by fear, Native American cultures traditionally accept death as a fact of life.

There are over 500 Native American nations, and each has its own traditions and attitudes toward aging and elderly care. But in many tribal communities, elders are respected for their wisdom and life experiences. Within Native American families, it's common for the elders to be expected to pass down their learnings to younger members of the family, according to the University of Missouri, Kansas City.

In Korea, elders are highly respected. 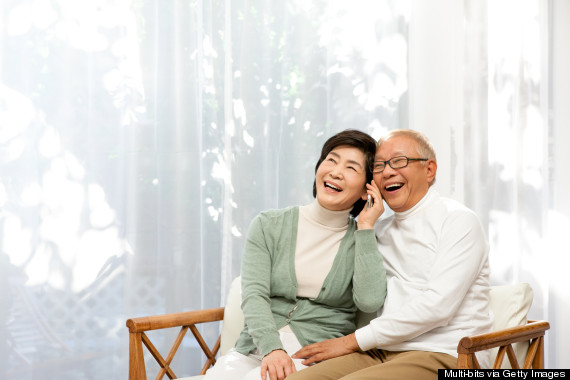 Much of the Korean regard for aging is rooted in the Confucian principle of filial piety, a fundamental value dictating that one must respect one's parents (although Confucius was Chinese, Confucianism has a long history in Korea). Younger members of the family have a duty to care for the aging members of the family. And even outside the family unit, Koreans are socialized to respect and show deference to older individuals as well as authority figures.

"Few of those who are filial sons and respectful brothers will show disrespect to superiors, and there has never been a man who is respectful to superiors and yet creates disorder," Confucius wrote in Analects. "A superior man is devoted to the fundamental. When the root is firmly established, the moral law will grow. Filial piety and brotherly respect are the root of humanity.

It's also customary in Korean to have a big celebration to mark an individual's 60th and 70th birthdays. The hwan-gap, or 60th birthday, is a joyous time when children celebrate their parents' passage into old age. The age is thought to be reason for celebration in part because many of their ancestors would not have survived past the age of 60 without the advances of modern medicine. A similar large family celebration is held for the 70th birthday, known as kohCui ("old and rare").

Chinese children care for their parents in old age. 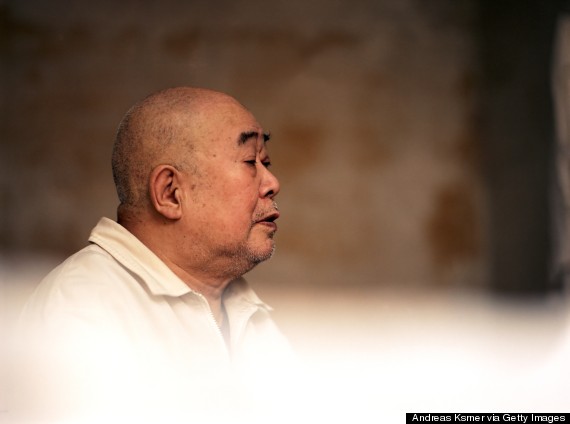 As in Korea, Chinese families traditionally view filial piety and respect for one's elders as the highest virtue, deriving from the Confucian tradition. Although westernization has lessened the power of these values in some cities and communities, adult children are still generally expected to care for their parents in their old age.

"Placing your parents in retirement homes will see you labeled as uncaring or a bad son," Beijing resident Zhou Rui told China.org. "To abandon one's family is considered deeply dishonorable."

However, this tradition is beginning to break down in China, due to the country's one-child policy, rising life expectancy and an aging population. Nursing homes are beginning to become a more socially acceptable option for elderly care.

In India, elders are the head of the family. 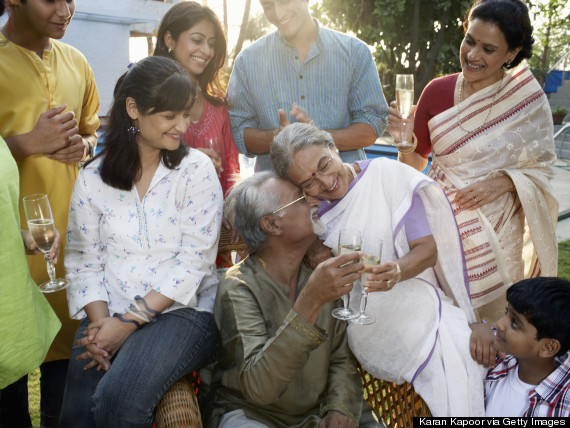 Many Indians live in joint family units, with the elders acting as the head of the household. The elders are supported by the younger members of the family and they in turn play a key role in raising their grandchildren.

"Advice is always sought from them on a range of issues, from investment of family money to nitty-gritties of traditional wedding rituals and intra-family conflicts. And this is not just passive advice; their word is final in settling disputes," Achyut Bihani wrote in Slate. "The elderly are often the most religious and charitable members of the family."

Disrespecting the elders of the family or sending them to an old-age home has a social stigma in India, Bihani adds.

In the African-American community, death is seen as an opportunity to celebrate life. 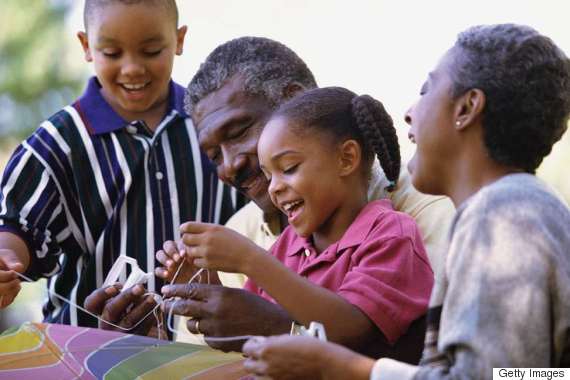 In African-American culture, death is seen as part of the "natural rhythm of life," which lessens the cultural fear around aging. For this reason, Karen H. Meyers writes in The Truth About Death and Dying, "African-American funerals tend to be life-affirming and to have a celebratory air intermingled with the sorrow."

In ancient Rome, elders were a precious resource. 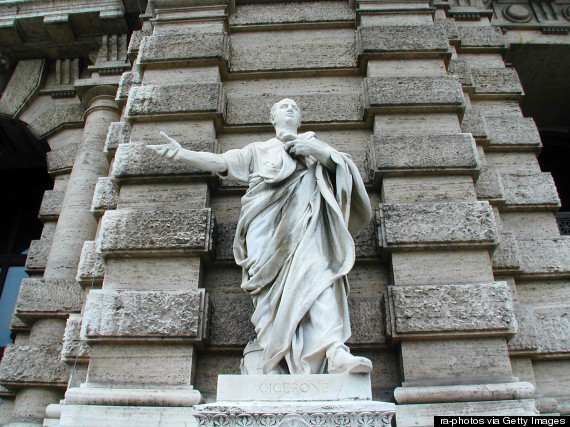 Though the average life expectancy in ancient Rome was around 25, some individuals did live into their 70s, and they were generally respected for their wisdom.

"The Romans made use of their elderly and had faith in their wisdom and experience," writes Dr. Karen Cokayne of the University of Reading, quoting Cicero as saying, "For there is assuredly nothing dearer to a man than wisdom, and though age takes away all else, it undoubtedly brings us that."

But Cokayne explains that older individuals had to earn that high status of respect by living a virtuous life.

"Wisdom had to be worked at -- by hard work, study and especially by virtuous living," writes Cokayne. "The old were expected to act with moderation and dignity, at all times. The old had to be an example to the young, as it was thought the young learned by example. This was ingrained in Roman society."