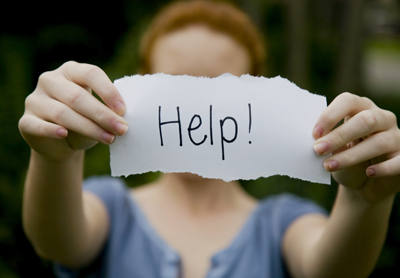 Imagine for a moment, you're an insecure teenager struggling to fit into the world and a parent tells you that you need to lose ten pounds. Afterwards, every time you look in the mirror you see your body as being "fat and ugly." Suddenly you are obsessed with losing weight and you will do whatever it takes to shed the pounds.

Goodbye to the days of enjoying food and hello to the agonizing condition known as body dysmorphia disorder (BDD) a syndrome that is characterized by an obsessive preoccupation with physical features that one believes are flawed.

In talking to the Clinical Director of Polaris Teen Center, (a residential mental health facility for adolescents), Marcela Rondani tells me that there are many misconceptions in our society on what actually causes eating disorders. She explains that adolescents who are engaging in behaviors such as restricting, binging or purging are actually suffering from other underlying psychological conditions.

"When I speak to someone whose child is struggling with an eating disorder," Marcela explains. "I ask the parents not to focus so much on the food because the food is merely a symptom and instead, I suggest they have a conversation, asking their teen how they might be able to help them."

Marcela goes on to explain that in today's climate of dieting, exercise and being thin often parents don't realize just how serious an eating disorder can be.

Some of the health consequences in anorexia nervosa's cycle of self-starvation, is the body being denied essential nutrients it needs to function normally it is forced to slow down all of its processes to conserve energy, resulting in:

•Severe dehydration, which can result in kidney failure.

•Growth of a downy layer of hair all over the body, in an effort to keep the body warm.

For females between 15 to 24 years old who suffer from anorexia nervosa, the mortality rate associated with the illness is twelve times higher than the death rate of all other causes of death (Sullivan, 1995).

Here are some of the red-flags parents should watch out for:

2.Obsession with size and weight.

3.Spending too much time in the bathroom after they eat.

5.Withdraw from social activities, including meals

8.Limiting themselves to healthy foods only