Who do you think you're kidding? You know you want it. You can feel the desire growing as you start to obsess about....

Why are certain temptations supposed to be kept out of reach? To protect them from us -- and to protect us from ourselves. That doesn't mean we're not allowed to look. Or think. Or fantasize. Or drool.

Two movies being screened at San Francisco's upcoming German Gems 2012 Festival deal with love affairs that are strictly verboten. In each case, the line being crossed is fascinating -- and rarely depicted on film.

When the Berlin Wall was erected in August 1961, it was designed to prevent East Germans (who, as citizens of a socialist state, were still under Communist rule) from migrating to the West. If Hitler's cultural war was an extremely hot one, the Cold War that ended in 1991 placed severe limitations on the lives of East Germans. 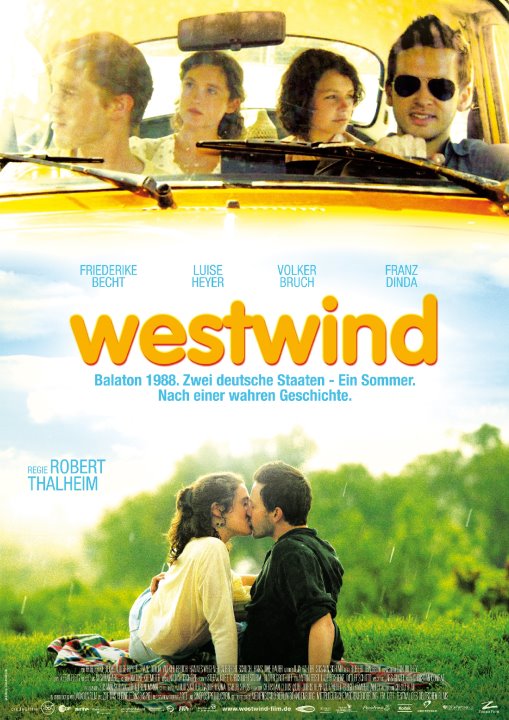 As Robert Thalheim's new film Westwind begins, audiences see two teenaged sisters preparing to leave home for a Young Pioneer camp in Soviet Hungary in the summer of 1988. Although Dorle (Friederike Becht) and Isabel (Luise Heyer) are sororal rather than identical twins, as they have grown up they've developed a coded system of determining how to respond to life's challenges and risks.

Shortly after arriving in a small town near Lake Balaton (their vacation is part of their training for a competition to be accepted into a boarding school for athletes), the two sisters from rural Saxony wander across the street from the train station to explore an open air flea market. As Dorle browses through some old vinyl LPs, she is noticed by a handsome young man named Arne (Franz Dinda).

Distracted and delayed by some innocent flirting, Dorle and Isabel miss the bus to their camp. With no other available means of transport, they pick up their backpacks and start walking.

As they hike down the road leading toward their camp, a bright orange Volkswagen Beetle stops and two young men offer them a ride. The driver, of course, is Arne -- who, along with his friend Nico (Volker Bruch), is on vacation from the West German city of Hamburg.

The two sisters have been taught never to socialize with West Germans. But they need a ride and these guys seem pretty harmless. Is this just a lucky circumstance or a moment that will change the girls' lives?

Upon arriving at camp, the twins come back under the supervision of their coach, Balisch (Hans-Uwe Bauer), and two camp counselors. Ronny (Albrecht Schuch) is painfully shy. However, Klaus (Hannes Wegener) likes to play the guitar, compose songs, and fancies himself to be a potential date for one of the girls. 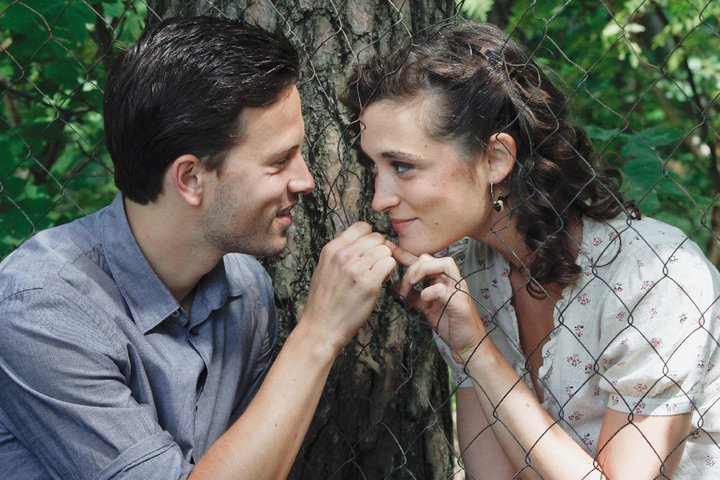 Dorle and Isabel would find it easier to concentrate on their rowing exercises if a certain orange VW didn't keep showing up on the road behind their camp (and if Arne didn't keep climbing over the fence and trying to convince Dorle to join him in town).

But for 17-year-old Dorle (who has always been paired with her sister), the amorous attention of a handsome young man is an intoxicating force. Soon, Dorle and Isabel are climbing over the fence at night to join Arne and his friends at a local nightclub. 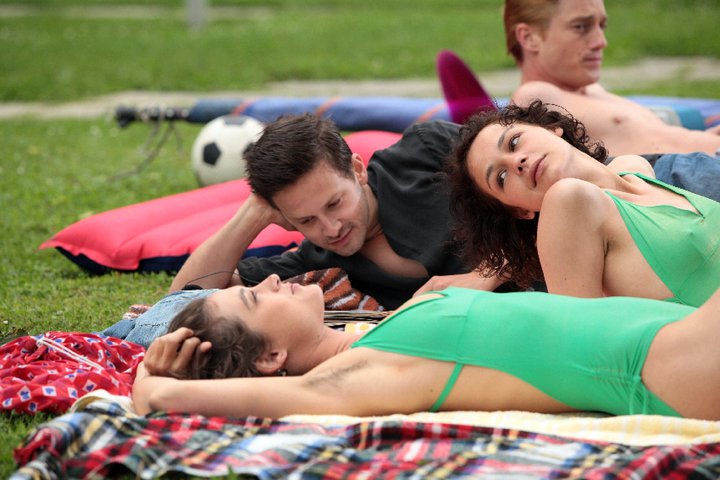 Dorle's continued efforts to rendezvous with Arne are not the the only source of conflict between the sisters. Arne has suggested that she come to Hamburg with him. He's convinced that he and his friends can smuggle her across the border in their car -- and is more than willing to engineer a way to get Isabel across the border, too.

Dorle desperately wants to go, but Isabel can't handle the claustrophobia of being hidden in the tiny space under the rear shelf of Arne's VW. It's obvious that the choices made by Dorle and Isabel (who have no way of foreseeing that the Berlin Wall will be torn down in 1989) will have a huge impact on their lives.

It's interesting to note that the film is based on the real-life story of Susann and Doreen Schimk. who were always thought of as one person by their parents, teachers, siblings, and friends until they turned 17. The film includes such details as using pineapple juice for hair gel or requesting a straw from a bartender and calling it a "drinking tube.' As Susann recalls:

"No one dreamed one year before the wall came down that such a thing would ever happen. At that time, the Iron Curtain was clearly a reality. In 1988 in Hungary for instance, there were some 400 attempts by East Germans to cross the border, only 40 of which actually succeeded.

Doreen was utterly enchanted by this man who appeared to her like a wonder of the world. She had always been an adventuress, filled with energy and curiosity. It was never about being able to eat Nutella. Dorie is simply a flashy butterfly. This decision was not one against the GDR (German Democratic Republic), but one in favor of the big wide world. At 17, the word was simply 'now or never!'

In real life, my sister phoned our mother from Vienna. I was just returning home with my backpack when our completely stunned mother came around the corner in her Trabant car. So I heard from my mother that Doreen had made it. I almost collapsed from the tension and reacted quite hysterically. A few minutes later, the Staatssicherheit (secret police) turned up at our door to question me. All of the people we talked to always asked us quite aghast how we could do that, leave our parents and our home."

The underlying political tensions in Westwind transform this romantic film into a tender story of young love. Friederike Becht and Luise Heyer display an uncanny closeness with their body language (almost like identical twins). Franz Dinda's Arne is the essence of teenage temptation. Here's the trailer:

Whether experimenting with sexual freedom or being obsessed with a forbidden type of love, it helps to keep certain basic guidelines in mind:

Christoph Stark's feverish film, Taboo -- The Soul is a Stranger on Earth, is based on the real life experiences of Austrian poet Georg Trakl (Lars Eidinger) and his younger sister, Grete (Peri Baumeister). Although it is not clear (from a historic standpoint) that the two were sexually involved, the two leads don't hold back at all. 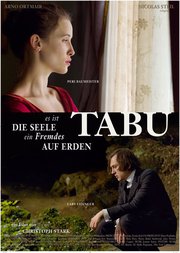 Poster art for Taboo -- The Soul is a Stranger on Earth

This article was cross-posted on My Cultural Landscape. To continue reading, click here