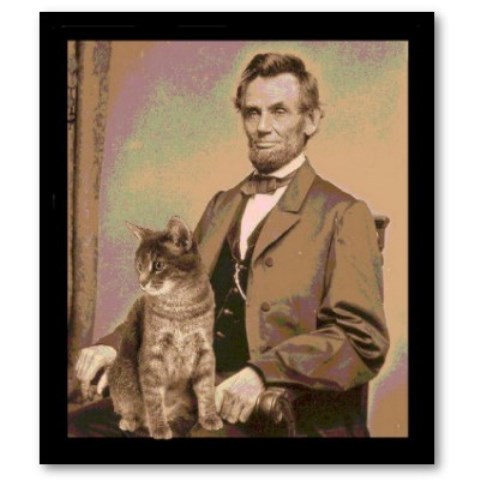 Bond between American Presidents and their pets has helped humanize both the Commander in Chief and animal. What though if the President-Elect has never really had a pet and is not particularly inclined to such a relationship?  American Presidents have almost without exception been associated with a favorite dog, cat or even a more unusual companion. Abraham Lincoln not only had cats, dogs but also goat, pig and turkey among others. (See: "Pomp, Circumstance, Fur: A Quiz on Presidential Pets")

If not a pet, then at least US Presidents have celebrated wildlife, particularly Teddy Roosevelt. The Trump household association with animals, at least so far, has been for his sons Donald Jr. and Eric to pose with wildlife they have shot. Hunters' trophies do not qualify as pets. 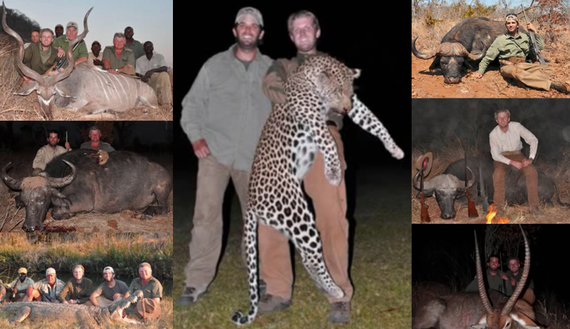 Judging a Leader by His/Her Pets/Animals:

Some rather opinionated quotes are attributed to US Presidents, including the following to Abraham Lincoln, (although it's authenticity is questioned by some): "I care not much for a man's religion whose dog and cat are not the better for it." However, there is no doubt that Abraham Lincoln's moral character, empathy for fellow man and strength as leader was intertwined with his affection and respect for his animals. It is my experience that animal cruelty is a character flaw as likely to target fellow humans. Lack of empathy for animals is a weakness. Failure to recognize animals beyond their immediate utility to us is a failure of vision beyond and within.

Donald Trump apparently has never had a pet, or at least one worthy of special mention or affection. Apparently that disinclination for pets, empathy for animals appears to have been passed on to his offspring. There still may be hope for his youngest son Barron, but then if the new President opts to live at Trump Towers in New York City over the White House, the choice of pets may be limited. Nonetheless, from the 1% to the school teacher that lives in rent-controlled housing, a pet cat or dog followed by a pooper scooper is a shared human experience of an overwhelming part of NYC's diverse citizens. 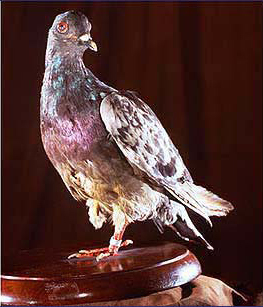 A Presidential pet though is not just about a personal companion. The Commander-in-Chief has responsibility over the animals in the US military that have been part of defense and wars waged. The epic "War Horse" is the reality of our dependence on an animal that charged into combat with us. American combat soldiers were first saved by explosive sniffing dogs and then spent their resources and time to bring these companions back to the US with them after their service of duty had been completed in far away lands. "Cher-Ami" (Dear Friend) was a homing pigeon who saved an entire American "Lost Battalion" during the Battle of the Argonne in WW I.

Cher Ami was the last homing pigeon left in the units' "coop" to get a message to US command about the lost battalion through German troops who had surrounded and threatened to exterminate the US unit. The more than 500 Americans were even getting "friendly fire" from other Allied troops who mistook their far away, isolated position as the enemy. Previous efforts to get a message through had all ended with the homing pigeon being shot and killed by the German troops. Cher Ami was the last hope to carry, fly out his message. In her mission SHE was shot, lost an eye and her leg was shot-off, but Cher Ami made it to US command. The American Battalion was no longer lost but saved.

Cher Ami was decorated for HER bravery with the "Croix de Guerre." She became a rehabilitated vet as a wooden peg leg was attached in place of the shot-off limb. Cher Ami died a couple of years later in Fort Monmouth, New Jersey but it is worthwhile to remind that she died as an immigrant to America, a hero to her adopted land just like Alexander Hamilton and so many others not born on US soil. Her service to America almost surely saved those more than 500 lives, as compared to the "sacrifice for country" of will be US President Trump who avoided the draft and Vietnam War allegedly due to spurs in his foot. Cher Ami's body is preserved at the Smithsonian, and Trump is destined for Madame Tussauds Wax Museum. (To read more about Cher Ami)

Republican, Democrat or Independent, is Trust in Trump Diminished if no Pet? 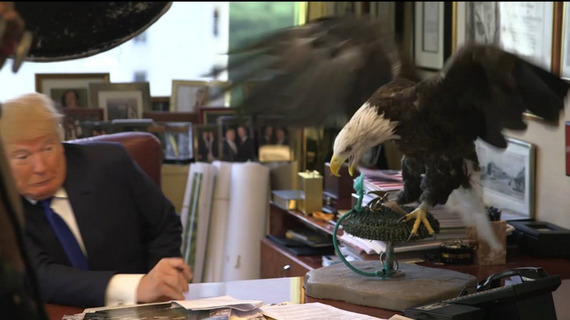 My empathy for animals and affection for my pet companions undoubtedly has skewed my view of Donald Trump who seems to share little genuine concern for anything other than "his".... Candidate Trump sought to identify himself with the "ordinary American.' However, "poorly educated" or college degree, we Americans overwhelmingly share an affinity for our animals. Beyond our pets, we are also concerned about their treatment, including animal cruelty and poaching beyond America's borders. (See: "International Prosecution of Crimes Against Culture, Environment, & Animals?")

Perhaps if Trump had recognized America's love affair with its pets, he would have also opted for another sales enterprise - "Trump Bird Feed" or "The Donald Pooper-Scooper," better than "Trump Steaks." Animals can be of great utility to mankind/womankind. Many Americans though have come to see them beyond such utility or branding of their own identity, but as individuals deserving our affection, admiration, judicial protection and/or identity as "global citizens" (See: "Are Animals Global Citizens?")

For an incoming US President that seems to rage against much of the rest of the world perhaps the "global citizen" identity is not a plus. Nonetheless, most Americans judge among our citizens and the peoples of the rest of the world by how they treat animals. Thus, it may be in President Trump's interest, at least as brand, if he now identifies a pet for his White House.

To inspire the new President, here are some favorite songs about pet dogs, particularly "I Love my Dog" by Cat Stevens, (a Muslim convert), and words could not be truer:  "All he asks from me is the food to give him strength/All he ever needs is love and that he knows he'll get, and that's from a CAT!" My first true pet was also my/our Dog Joky, who was also an immigrant, that my Mom, Dr. Aziza, and Father, Dr. Nedzib, treasured as part of the Family.