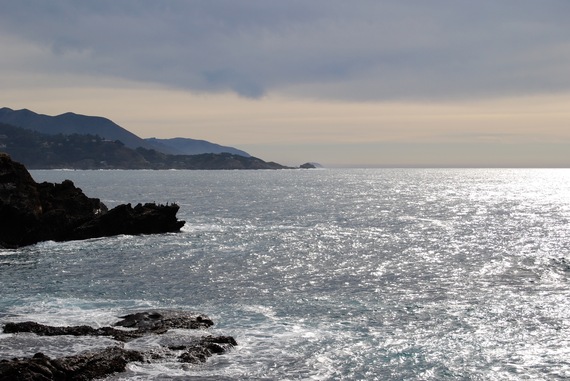 The church reformer Martin Luther (1483-1546) loves the Latin phrase "Incurvatus in se." It comes from St. Augustine and means to be curved in on oneself. Luther believes that we have a tendency not just to worship our self, but to see the world only according to our own self interest. This means that rather than seeking to serve God, we are constantly trying to make God serve us. Too often we treat God as some kind of genie in a bottle summoned up to do our bidding.

Of course, Augustine and Luther did not know about the astronomical phenomena that we call black holes. But if they had they would have recognized them as the perfect metaphor describing incurvatus in se. The black hole draws everything within reach into itself. It exists not in relation to the space around it but by negating it.

One of the most insidious effects of this experience of being curved in on ourselves is that we stop being able to enjoy the world for what it is. It comes to have value only for how we imagine it could benefit us individually. Repentance for Christians means coming into loving relation with the world again.

One hundred years ago Robinson Jeffers (1887-1962) married Una the just-divorced woman he had fallen in love with years before. After inheriting $10,000 the two of them moved north to Carmel, California where they built Tor House and lived for the rest of their lives.

Horrified by the warfare and human cruelty of the twentieth century Jeffers found his voice as a Northern California poet of what he calls inhumanism. In his poem "November Surf" he compares human activities to the rubbish left on rocks that will be washed away, "when the great waves awake and are drawn like smoking mountains bright from the west." He looks forward to the time when, "the people [are] fewer and the hawks more numerous."

In his poem "Natural Music" he presents his radical sense of the unity of all things. He compares, "the old voice of the ocean, the bird-chatter of little rivers," to, "the storm of sick nations, the rage of the hunger-smitten cities." He believes that something about these radically different experiences can be found in a girl dancing, "by the ocean shore, dreaming of lovers."

In "Calm and Full the Ocean" he explains that, "man, his griefs and rages are not what they seem to man, not great and shattering, but really / Too small to produce any disturbance. This is good. This is the sanity, the mercy."

Readers often get too caught up in a perceived misanthropy in Jeffers' poems, and fail to recognize his discovery. He does at times criticize what he calls "the apes of Christ" and calls faith a lie. Still, he finds healing in losing himself in the beauty of God.

Jeffers only had his first poetry reading at the age of fifty-one. On that occasion at Harvard University he mentions the line in the Greek drama when Orestes says, "I have fallen in love outward." As commentary on this Jeffers says, "the feeling - I will say the certitude - that the world, the universe, is one being, a single organism, one great life that includes all life and all things, and is so beautiful it must be loved and reverenced, and in moments of mystical vision we identify ourselves with it."

With all the news of terrorism and the drama of our personal lives we are tempted to believe that social life is all that really exists. In the poem "Carmel Point" Jeffers writes an ode to "The extraordinary patience of things!" He writes, "As for us: / We must uncenter our minds from ourselves; / We must unhumanize our views a little, and become confident / As the rock and the ocean we were made from."

We too Californians of a later age can lose ourselves in the silence of redwood forest cathedrals and in the frigid ocean at Point Lobos after the great spring upwelling. But I believe in something much greater than what gives Robinson Jeffers hope.

Henry David Thoreau (1817-1862) writes in so many instances and ways of an experience of something transcendent and yet personal in nature. In his book Walden he mentions "an infinite and unaccountable friendliness." "In the midst of the gentle rain... I was so distinctly aware of the presence of something kindred to me."

This has been my experience too. In fact, over the years this process of decentering has led me to feel so much more frequently as if I am in the presence of God. In moments of true repentance, when we cease to be bent in on ourselves, in the midst of something akin to us I believe that we can fall in love the outward world and hear God speaking in our hearts. 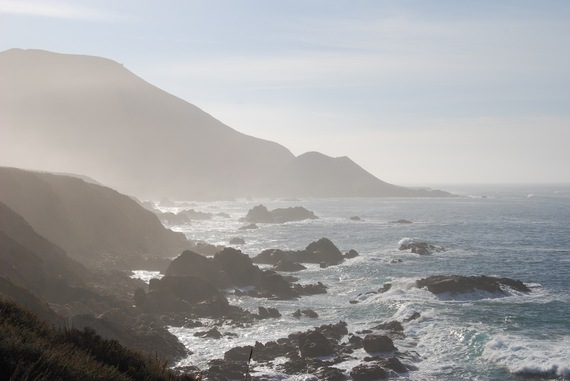