On January 20, 2017, America will begin our next chapter. A new president will stand on the steps of the Capitol, raise one hand, and take the oath of office. From that moment on, he or she will decide whether we defend and build on the progress we've made under President Obama -- or tear it all away.

That feels pretty personal to me -- not just as an American who supports President Obama, but also as someone who was proud to work alongside him at the White House. 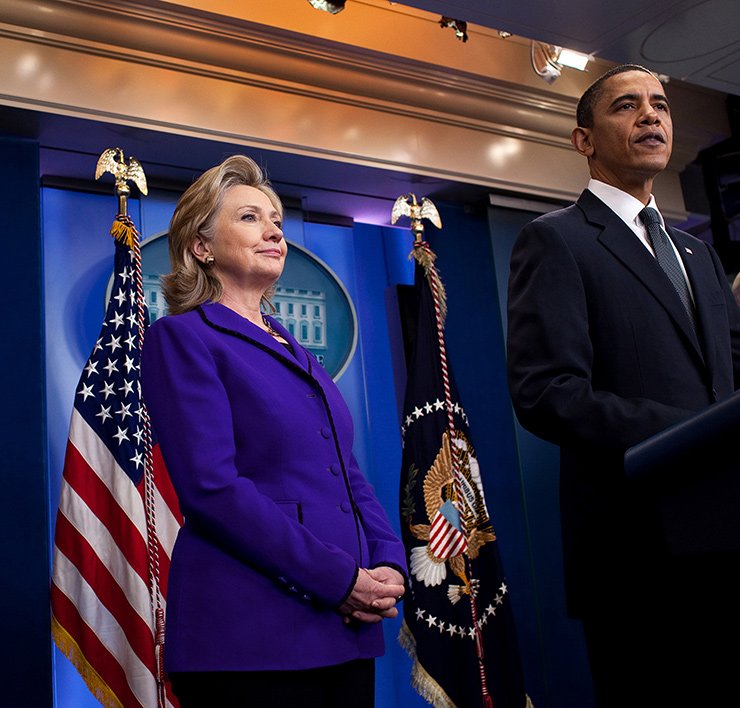 I remember vividly the day after the 2008 election when President-elect Obama asked me to come see him in Chicago. It turned out that he would ask me to be secretary of state. But first, we talked about everything he was doing to get ready for his first term -- and everything he was learning about the reality of the economic crisis our country was facing. The president-elect was getting briefings every day, sometimes several times a day. And the news was not good. He turned to me and said, "It is so much worse than they told us."

By the time President Obama was sworn into office, we were on the brink of another Great Depression. Before the worst was over, we were losing 800,000 jobs a month, 5 million Americans lost their homes, and 13 trillion dollars of family wealth was wiped away. Meanwhile, our auto industry -- the pride of American manufacturing and ingenuity for decades -- was on the verge of collapse. It turned out to be the second-worst financial crisis in our country's history.

President Obama changed all that. Look where we are today. We've had 70 straight months of private-sector job growth. Our businesses have created 14.1 million jobs. The unemployment rate is the lowest in seven years. And the auto industry just had its best year ever. 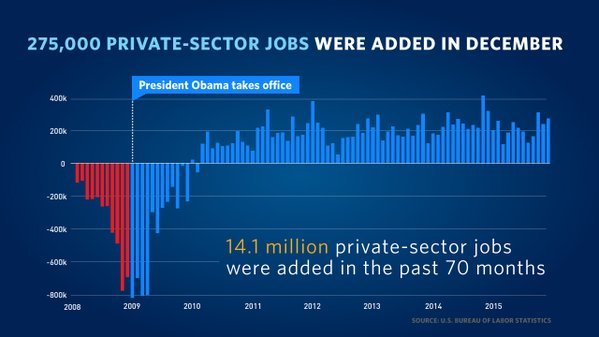 That's a pretty outstanding record for any president -- let alone one who took office amid an economic disaster. That's not all. We've imposed the toughest regulations on Wall Street since the 1930s. We created the Consumer Financial Protection Bureau just over a year ago -- and it's already returned nearly $11 billion to consumers.

We've restored our standing around the world. Under President Obama's leadership, we worked with Congress and the United Nations to impose crippling sanctions against Iran, which paved the way for a landmark deal that will keep Iran from obtaining a nuclear weapon. We stood up for LGBT rights and women's rights around the world. We brought Osama bin Laden to justice. And thanks to a lot of painstaking diplomacy by the president and his team, nearly 200 countries have signed on to a landmark agreement to tackle the urgent threat of climate change.

Then there's the progress we've made toward a cause close to my heart: putting quality, affordable health care within reach for everyone. Thanks to the Affordable Care Act, 18 million Americans now have health coverage. Millions more are receiving benefits like free preventive care. Americans can sleep easier knowing they'll never be denied coverage because of a pre-existing condition. Democrats have been trying to pass universal health care since Harry Truman's administration. President Obama got it done. Now we need to build on it, bring down out-of-pocket costs, and make sure every American can get the care they deserve. 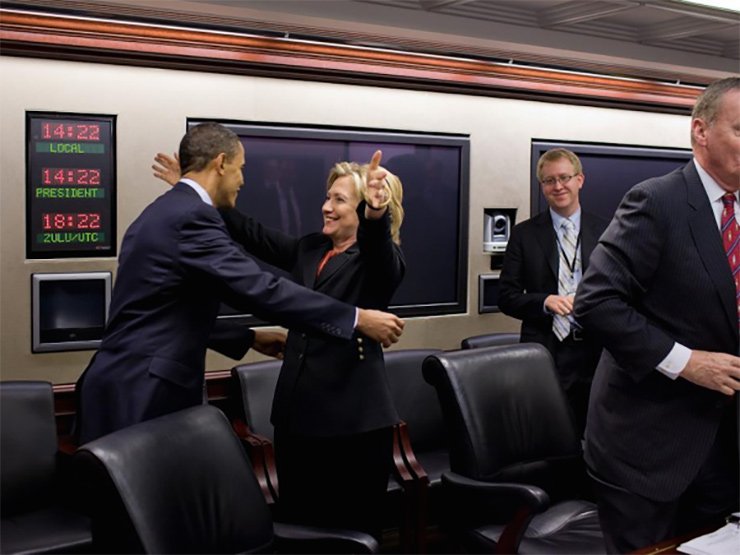 If you take a step back and look at all America has achieved over the past eight years, it's remarkable to see how far we've come. But you'd never know it from listening to the Republicans. They're quick to demonize and demean President Obama. At the last GOP presidential debate, two candidates referred to him as a "child." That kind of racially coded rhetoric has no place in our politics. Instead of insulting our president, we should be thanking him.

Republicans aren't just harshly criticizing the president. They're threatening to undo just about everything he has achieved. They want to repeal the Affordable Care Act; in fact they've voted to repeal or dismantle it more than 50 times. They're hard at work dismantling workers' rights and voting rights. They want to take away women's rights to make our own health decisions. Some even want to reverse marriage equality -- one of the greatest civil rights accomplishments in American history.

In short, they want to drag us backward and undo all the progress we've worked so hard to achieve. We can't let that happen.

As president, I will carry forward the Democratic record of achievement. I'll defend President Obama's accomplishments and build upon them. I'll work to get incomes rising for middle-class families, make college affordable, alleviate the crushing burden of student debt, protect LGBT Americans from discrimination, preserve women's access to health care and reproductive choice, and keep America safe from threats at home and abroad. And I'll never allow the Affordable Care Act to be repealed.

We've made tremendous progress over the past eight years. That shouldn't be dismissed or taken lightly. Let's keep that progress going. Let's make sure no one turns the clock back. We've come too far. We've accomplished too much. We can do even more for our families, our communities, and the country we love. And together, we can build an economy and a country that works for everyone. That would be truly revolutionary.