I'm often asked how I ended up spending so much time involved with prisons. I'm a red headed, yerba mate drinking feminist, certified yoga instructor who wears hoop earrings, rocks chuck, and hangs out regularly with people with felony records. I'm a second year law student at Seattle University who can quote Penal Codes and Jay Z's first album in the same conversation. I shop local, eat organic, and wake up in the mornings to my Sean Paul Pandora station. I have lived a life departed from the common expectation of what it means to be a wealthy white girl in America, and I don't simply mean music taste, because appropriation is the norm of our generation. 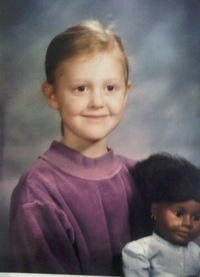 My family chanted Dai Segaki after 9/11 and discussed the legacy of slavery over Thanksgiving turkey. As the daughter of a meditating social worker and vascular surgeon who enjoys photographing construction sites in his spare time, I was lucky to have parents who embraced the unconventional in themselves, which gave me the permission to do the same. At 8, I dressed up as Susan B. Anthony for a school history project on heroes. At 15, I facilitated creative writing workshops with YouthSpeaks in homeless shelters in Seattle. At 18, I started volunteering in probation camps in Los Angeles County and learned a horrendous truth that is shaping the course of my life's work: we are the only nation on Earth that continues to sentence children to die in prison.

As a white woman involved in criminal justice reform I have learned the importance of recognizing my privilege. Each day, I walk out of the unit, beyond the fence, get in my Kia, return to my Los Angeles apartment, rest on my Pottery Barn sheets, watch the Good Wife on my Macbook Pro, and group-text plans for my weekend. Not worrying at all about my next meal or how I will get to work in the morning, while my students remain in the same place I left them: alone in a white walled cell, on a concrete bed, with no toilet, a graffiti tagged window, and no certainty as to what their futures hold.

Privilege means having the choice not to think about my students and the conditions of their confinement when I go home. Privilege means not having to believe something is a problem because it doesn't directly affect me. Privilege means having my voice heard when I speak. For years I have held space for people who have been shown their lives have no value, I have listened to their stories, published their writing, and told them they were worthy. This leads me to one of my deepest responsibilities: to share the truths of their testimony. As the author and organizer behind this project, I hope that I begin to fulfill this obligation and use my privilege to bring attention to this issue and the voices of those who have been silenced and ignored. Acting in solidarity with a community is a lifelong practice of understanding when to speak and knowing when to listen.

This is the hard truth: my students were born into a system of "geographic injustice" where their zip codes influenced their path to prison the same way mine tracked my path to law school. Closer to the Cuts is a visual interpretation of a poem that was born from my experiences working as a poetry teacher inside the criminal justice system. I would never attempt to speak for my students, as I do not have their same lived experiences and would not be able to do their stories justice; this poem however, is what I've learned in the years I've spent in these spaces. In the words of Bryan Stevenson, "I want to bring people closer to this reality."

We live in a divided nation. We promote the myth of the American melting pot; yet disregard those whom are burning inside the cauldron. From the massacre of indigenous peoples, importation of slaves, bracero work program, to Jim Crow laws, we have systematically divided our society and entrenched communities of color in poverty. This segregation allows for the perpetuation of stereotypes and misguided ideas regarding the root cause of problems. We create labels like "alien" or "criminal" to dehumanize groups, in order to make us more comfortable justifying their removal from society. Through this process, we have built a legacy of disparity. It is time to change the narrative.

My work was based in Los Angeles, therefore, the video statistics speak directly to California, but this is a national issue. The United States only has 5% of the world's population- yet we maintain 25% of the world's prisoners. But what does this mean? What does this look like? Lastly, for those of us who don't know anyone wrapped up in the system, why should we care?

In doing this work, I find myself speechless on a regular basis. What do you say to a young girl in juvenile detention when she tells you she cannot eat the Cheetos you offered because her "daddy" wants her skinny, so she can keep making him money? Are there any words of comfort you can think of while looking into the eyes of a student, a victim of inconceivable childhood abuse, who has just lost a trial and was handed a life sentence? When the only words he can muster are, "I feel like a dead man walking," will an apologetic handshake suffice? In facilities where no hugs are allowed, sometimes that's all I have to offer.

Even in the midst of this hellish reality, I have found myself in places of incredible resilience, courage, and hope. When a 16 year-old student, facing decades in prison, writes a poem entitled "Finally Free," detailing how he has become mentally liberated while physically imprisoned, there are no words to describe the kind of motivation that fills you. When you sit in the juvenile hall gym watching your incarcerated student give a Valedictorian speech on his graduation day, that is the kind of moment that keeps you hopeful when the severity of this problem begins to feel daunting and impossible. 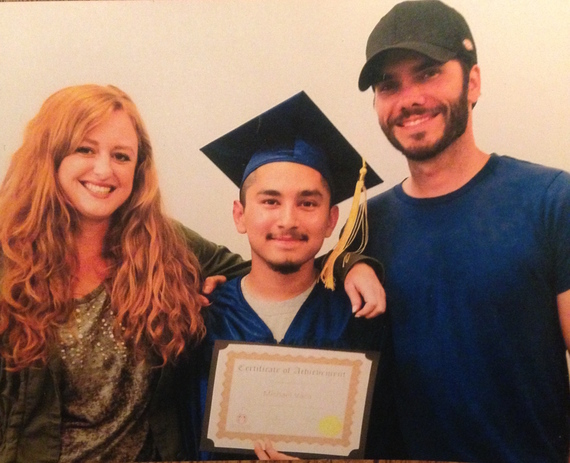 Everyone involved in the creation of this project has in one-way or another, been affected by the criminal justice system. The director of the film, the music producer, and the entire cast were formerly incarcerated. This was intentional to maintain the integrity of the project, but also to give faces to the faceless. Names to the nameless, and to humanize the numbers and statistics to which this community has been too often reduced. In the last six years I have gotten to know these people, their stories, their children, their goals, and their dreams. They have rallied for me in many ways beyond this project and have become my family. The one truth I can attest to is this: people are redeemable and should not be forever defined by their worst mistake. Our system doesn't recognize that and it is failing as a result. It is our responsibility to find the solution.

We can no longer ignore what is broken. I was compelled to write this poem, to create this video, and to build this website in hopes that it will serve as a glimpse into a world that so many choose to ignore. I want this project to make people uncomfortable, but more importantly I want it to remind us our humanity is tied to everyone else's. Together, we raise awareness. Together, we can have the hard conversations. Together, we can change the narrative around criminal (in)justice. The truth is I am only one person, one red headed, yerba mate drinking, feminist, hip hop loving poetry teacher with one voice, and one poem; and as fate has it, life has positioned me in a moment to use MY privilege for good. What will you do with yours?

You can start by sharing the video, and then the rest is up to you.

In peace and solidarity,
Susan Sobel