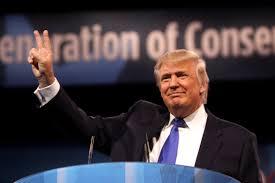 The Iowa caucuses were a victory for pundits. But many will continue to mislead about what's really going on this election -- or be oblivious to its realities.

OK, Monday night certainly didn't pan out for those predicting a coronation for our not-so-benevolent wannabe dictator Donald Trump. Iowa voters treated analysts skeptical of the billionaire Republican's true appeal to a healthy heaping of schadenfreude.

But, as usual, the two main storylines emerging from the Hawkeye State (where I lived for 10 years) reflected long-established conventional wisdom. The first is that Marco Rubio really won the GOP contest (not Ted Cruz, the actual winner) by beating expectations by finishing third (and almost defeating Trump). The second is that Hillary Clinton's near-death experience with Bernie Sanders proves she's facing a Herculean task in winning the Democratic nomination.

Let's look at the Republicans first. Pundits (and furiously spinning establishment Republicans) aren't wrong. The Florida senator certainly showed he could compete in a crowded field and withstand the Trump free-media juggernaut.

But the idea that Rubio actually won Iowa is laughable, although he gets props for his audacious "victory" speech. In politics, you can often fake it till you make it (as long as you sell it convincingly). Hey, it almost worked for Trump, right?

What Rubio did Monday was firmly establish himself as the establishment GOP darling. That could prove invaluable in New Hampshire next week, where he could essentially (or actually) knock out others in that lane: Jeb Bush, John Kasich and Chris Christie. But it's not clear Rubio will post a victory there. Trump has been dominating for months -- he could fade a bit, but easily still win and remain a serious contender for the nomination.

And everyone seems to be bizarrely discounting Cruz, who's fresh off an upset win in Iowa. He already was tied for second place with Kasich in New Hampshire polling averages (Rubio was fourth). While the Granite State often favors establishment candidates, Trump certainly doesn't fit that bill. Teeming with momentum from Iowa, Cruz could become an acceptable vessel for GOP voters' anger and frustration, and cannibalize Trump's support.

In Iowa, the Texas senator proved his organization and analytics team are first-rate. He's playing the long game, and is well-positioned for the "SEC primary" on Super Tuesday, where a bundle of delegates are up for grabs. He's also been hustling in far-flung places from Guam to Michigan, which most campaigns have, thus far, neglected.

While Rubio will certainly see an influx of big money and establishment endorsements, Cruz is still in a stronger position post-Iowa. After all, he's gotten where he is with very little love from pundits, traditional donors and fellow GOP politicians.

As for the Democrats, Monday was essentially a tie, although Clinton eked out a few more delegates. That's not an ideal outcome for the frontrunner -- she should have won in a walk. So Clinton has earned her fair share of negative headlines and lame jokes (Did you hear the one about her losing to a socialist? Yuk, yuk, yuk). But it could be worse. She clearly would have been subjected to a deafening onslaught if she'd lost Iowa outright, as she did eight years ago.

Clinton certainly looks like she'll lose New Hampshire next week. Sanders, who hails from next-door Vermont, was already well ahead. That will produce a couple more weeks of negative coverage for her.

The Democratic contest has been dull with a capital "D," so pundits are visibly relieved that there's finally some drama.

And Sanders deserves his positive press. He started with nothing -- no money, no institutional support and no media coverage. And he came within a whisker of toppling the formidable former Secretary of State in the first contest.

The Democratic Party has moved left and Sanders has tapped into activists' passion, especially on long-neglected issues like income inequality. The fact that the senator won a jaw-dropping 70 percent of voters under 30 shows that his ideas are the future of the party (for good or for ill).

But Clinton remains the odds-on favorite to win the 2016 nomination, as she's strongly positioned in South Carolina and Super Tuesday, which is a delegate jackpot.

She's been wise to bang the drum on the Flint water crisis, calling out Michigan's Republican governor and clamoring for a Democratic debate in the city. This sends a powerful message to African-Americans, who don't make up much of the Iowa or New Hampshire electorates, but are key to winning the nomination (and could be for the general election, as well). It also allows Clinton to co-opt Sanders' message that powerful interests run the table against the poor and working class.

Looking at the narratives that have played out this election, Rubio has been portrayed as the fresh-faced future of the Republican Party, while Clinton is the untrustworthy candidate of old (a not-so-subtle double entendre). The Iowa results gave fuel to both storylines.

But beware of what pundits are trying to sell you. They're too often seduced by the most sensational (and ratings-rich) narrative -- why do you think Trump gobbled up so much free airtime?

The Democratic contest remains far more boring than most observers would like to admit. And the Republican establishment isn't nearly as strong as many would like you to believe.

Every pundit brings their own biases into the equation, which is fine. We're all guilty of confirmation bias, convinced that events have proven our preconceived notions.

I'll never forget meeting with a Republican publisher prior to the 2010 election. An outlier poll showed the Dean of the House, Congressman John Dingell (D-MI), down double digits. The publisher was visibly giddy, predicting imminent disaster for the Dean. Dingell, of course, went on to win by a whopping 17 points, and became the longest-serving member of Congress in U.S. history, before retiring in 2014.

That episode left an indelible impression on me. When I'm evaluating elections, I always try to take emotion out of the equation. Forget what I'd like to happen. Forget who I like (or don't). Just evaluate the facts at hand, as best I can.

You can't let your hopes (or hatred) get in the way.

Susan J. Demas is Publisher and Editor of Inside Michigan Politics, a nationally acclaimed, biweekly political newsletter. Her political columns can be found at SusanJDemas.com. Follow her on Twitter here.