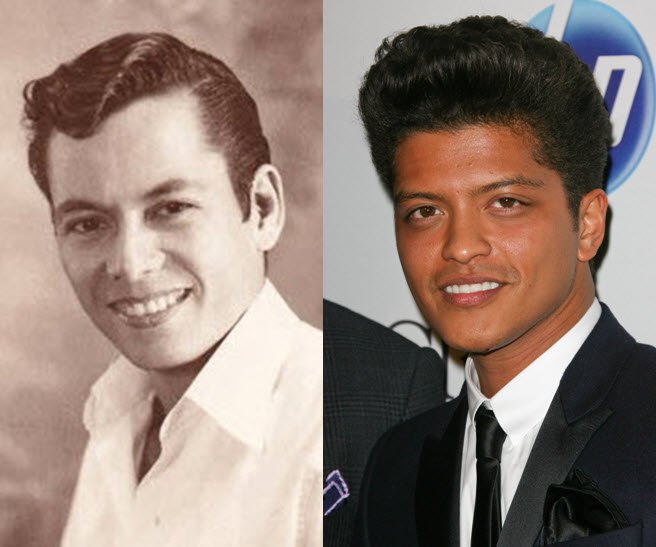 Bruno Mars next to one of his grandfathers. This apple didn't fall far from his family tree. (credit for photo on right: PR Photos)

Which of the following describes the heritage of Peter Gene Hernandez, better known as Bruno Mars?

The correct answer is all of the above. So riddle me this: What race is Bruno Mars?

Many have long said that race is an artificial construct, and as a genealogist who's been playing with family trees for most of my life and with DNA for more than a decade, I wholeheartedly agree. While the recent presidential election has certainly increased awareness of diversity in America, the more multicultural trees I research and genetic ancestries I explore, the more apparent I think the growing "melangification" of all this diversity will gradually become to everyone.

Folks like myself who are 100-percenters or half-and-halves with roots in only one or two places are rapidly becoming quaint, and families like Bruno's (the Obamas also come to mind) are slightly ahead of the curve. If you were to come back 100 years from now, I have no doubt that you'd find a lot more family trees of the Cloud Atlas variety with branches extending to every corner of the globe. But for now, let's linger on Bruno's for a bit. Here are a few things you didn't know about his roots: 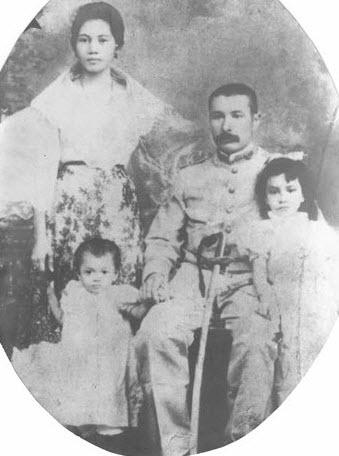 Were Bruno Mars to go on a world tour for the release of Unorthodox Jukebox, there would likely be unsuspecting cousins in the audiences in Madrid, New York, Kiev, San Juan, Manila and Budapest. So tell me: Which box do you think Bruno Mars ticked on the 2010 census?