It feels as though feminism is experiencing its 89th wave -- and part and parcel of the latest dialogue surrounding the movement is what role, if any, men should play in leveling the financial, cultural and social fields.

Some believe men's involvement in feminism should be peripheral at most; others think that because they've historically held the power and still hold most of it, men should be regarded as equal allies to women.

Here, five male writers weigh in with their take on the controversial issue. 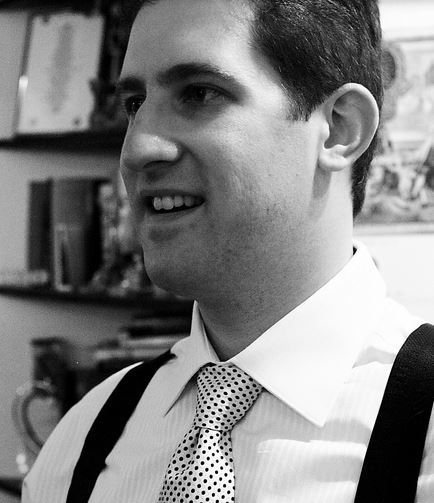 My mother -- Phyllis Chesler -- a second-wave feminist leader, wanted a girl. Instead, she had me. As she has written, having a son, not a daughter, was a challenge to her woman-centered feminism and forced her to throw out her plans for a "Warrior Program For Girls."

While my mother and other feminists of her generation had understandably been trying to practice preferring girls after lifetimes of girls being devalued, as my mother soon discovered, she would have to figure out how to incorporate a son into her feminist world. Often, this meant challenging the desire of her feminist sisters for "male-free" space at all times.

For instance, my mother had wanted to include me in the all-female feminist Passover Seder which she co-founded and co-led. For years, she met resistance. The question that led to my inclusion was this: "How will the men of tomorrow ever be different if we do not expose them to feminism, if they don't have memories of women as authoritative and tender?"

I had a childhood filled with such memories of women. Women like Gloria Steinem, Kate Millett, Andrea Dworkin, Merle Hoffman, Letty Cottin Pogrebin, Barbara Seaman and so many others and yes, my mother too. My mother and these other revolutionaries, and the feminist movement itself, represent for me both authority and safety, power and familiarity, justice and love. How could it be otherwise when one spends a childhood attending rallies, marches and readings with leaders of women, and then having the same powerful women sit next to you at dinner in your home, embrace you, engage with you personally, look at you with love?

What I learned from all this was how to listen to women, how to learn from them, how to honor their narratives -- essential skills for men who seek to advance feminism. But, male feminists must not be silent partners. We must lend our voices to the cause, especially to other men, especially on how patriarchy hurts us. We must recruit other men too. 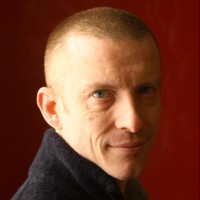 I have never really understood the fixation on whether or not women and men adopt the identity of feminist. As a man who writes extensively on gender politics, and men's issues in particular, I find it less problematic to simply opt out. I choose not to identify as a feminist primarily so that no one need ever worry about whether or not I speak for feminism.

Does this mean I am any less committed to equality, justice and human rights? Absolutely not. Does it impact upon my work, my writing and my politics, or how I live my life, how I raise my sons, how I relate to women? Not in the slightest.

I firmly believe it is for women to define feminism, and that includes deciding what place men should or do have in the movement. There would be an obvious paradox were I to attempt to tell women how feminism should accommodate me. On a very personal level, however, I am drawn to the argument that feminist is not something one is, but something one does. On that basis, perhaps my own feminism is not for me to decide or judge. I am often called a feminist by others, in roughly equal measure as a compliment and an insult. I will continue to take it in the intended spirit either way. 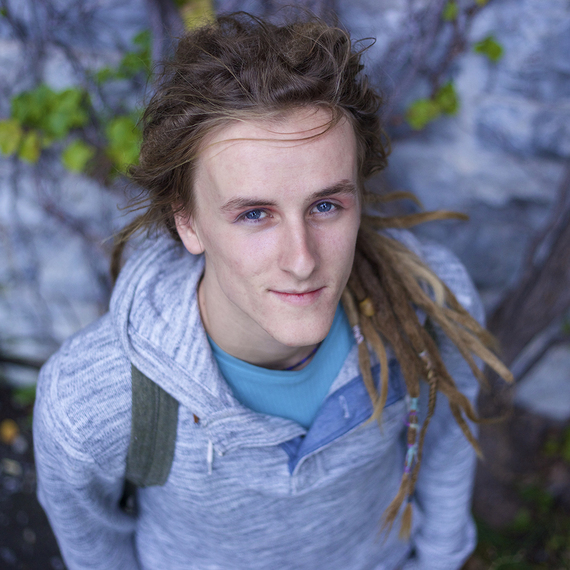 What role do men have in the feminist movement? As fathers.

I'm talking about a specific portion of the population, obviously, but it's an important one. As Judy Chu wrote, boys become aware of masculine norms at an early age, and it is primarily through interpersonal relationships that messages about masculinity and pressures to conform are introduced, reinforced and perpetuated. More specifically, this is done through their relationship with the most important role model in many boys' lives: their father.

You think the offhand comment about that female politician went unnoticed? You think your son doesn't hear the subtext when you criticize the outfit of the girl next door? Seriously? Wake up, dad. Every word you say is either perpetuating misogynistic, patriarchal beliefs -- or challenging them. You better choose them carefully, because your son is listening.

This doesn't just apply when you're talking about women. As Dan Kindlon explained, "boys will be boys" rhetoric is dangerous to feminist discourse because appearing masculine usually relies on being clearly not feminine -- perhaps even anti-feminine. So boys learn to protect themselves by consciously and deliberately attacking in others and in themselves traits that might possibly be defined as feminine.

Among these traits are empathy and compassion -- kind of important for engaging in feminist dialogue.

It's pretty simple. When you ask, either explicitly or implicitly, for your son to adhere to a societal ideal of masculinity, you demand that he cut off those vulnerable parts of himself. It's the best way he knows how. And it doesn't really matter where he gets the message, from you or school or pop culture or wherever else. The point is, we teach grade-school boys that the worst thing they can possibly do is throw like a girl. Ten years later, they sexually assault her instead. 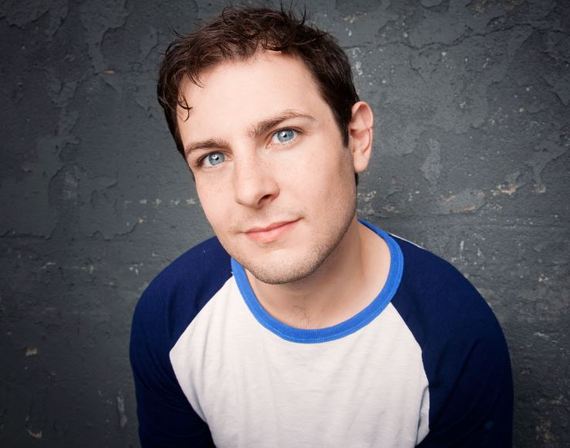 There are plenty of good guys in the world and there are plenty of asshole bros, probably in a similar proportion that there are phenomenal females to psycho chicks. Many of us agree that rape culture is to be abhorred and that sending unsolicited pictures of genitalia is rude. Granted, there are also still a lot of guys out there who think that telling a woman walking down the street that he wants to stick his tongue in a more-than-intimate location is "just being friendly."

The fight for equality among all genders, races and sexual orientations requires just that same rainbow of people who want change -- and this includes men. For the militants who are still iffy about nearly doubling their recruitment pool, know that it's still your movement to lead. This isn't about us, but it doesn't mean it isn't our fight.

Not everyone is a corporate CEO who can change the salary of his female executives, or is in a sphere of influence with a TV show or a popular YouTube channel. So what can Good Guy Jim from next door do to help? For starters, read. Be informed and educate yourself on the events taking place around you. Yes, this includes reading the occasional over-the-top article on Jezebel, but knowing the good and bad arguments arising in the media surrounding gender inequality is important.

Another way to make an immediate impact is to be an example. Act in accordance with your values; treat people equally as individuals; acknowledge the plethora of problems women still struggle with. It's easy to join in with the "boys will be boys" chatter about chicks and sex. You can still participate, but be a leader and change the tone of the conversation. It may not seem like much, but language can catch fire.

Licensed psychotherapist, author, writer, and founder and director of the health program MenAlive. 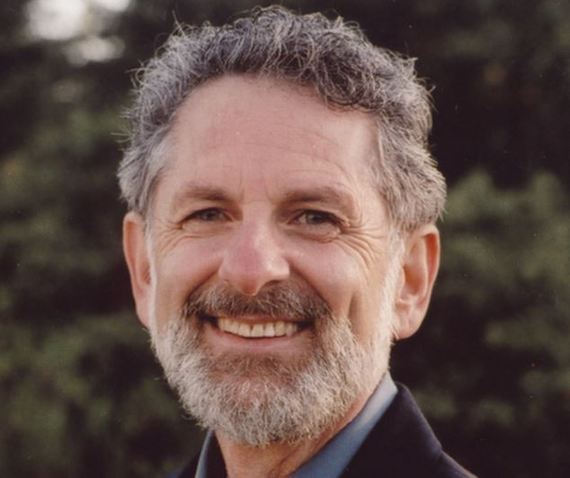 I grew up in a family where both my mother and father suffered from unspoken anguish. My mother had always wanted to be a writer and illustrator, but had to go to work as a secretary to earn a living. She helped support my father, who was a writer unable to sell his work. They never talked about her unfulfilled dreams or his failure to provide. Still struggling at mid-life, he became alternately manic and depressed.

It wasn't until much later in life that I found a journal my father had written at the time that put words to what he had never voiced -- an experience many men face as a result of a society that hasn't achieved gender equality:

"Your flesh crawls, your scalp wrinkles when you look around and see good writers, established writers, writers with credits a block long, unable to sell, unable to find work, Yes, it's enough to make anyone, blanch, turn pale and sicken."

"A hundred failures, an endless number of failures, until now, my confidence, my hope, my belief in myself, has run completely out. Middle-aged, I stand and gaze ahead, numb, confused, and desperately worried."

"I see them all, a whole army of them, battering at the same doors I'm battering, trying in the same field I'm trying. Yes, on a Sunday morning in early November, my hope and my life stream are both running desperately low, so low, so stagnant, that I hold my breath in fear, believing that the dark, blank curtain is about to descend."

Six days after his November 8th entry, my father tried to take his own life. Though he survived physically, emotionally he was never again the same. My mother continued her work as a secretary and never got a chance to pursue her own dreams.

This is part of a special series at Ravishly.com, a community for women that strives to foster a dialogue between disparate voices and experiences. To read these and other perspectives in full, click here.