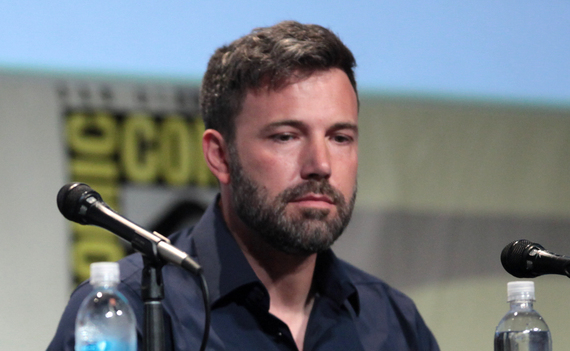 A few weeks ago, two seemingly unrelated events took over our news feeds - Sad Affleck and the "left-pad" fiasco.

Sad Affleck exploded on YouTube with over 22 million plays, having a little fun with critic feedback on the new Superman vs. Batman movie.

And the "left-pad" fiasco was about an "npm module". Npm is a package manager for Javascript, which is a way for developers to list web "dependencies" to include in their application. These might be files they've written, but often they're open source contributions from someone else.

Well, left-pad's developer, Azer Koçulu, was upset by a trademark dispute with another company, so he decided to pull all the modules he had made from npm. Not a big deal if no one besides you uses those modules. But left-pad is depended on by many apps and developers. And when it disappeared, it crippled apps all over the web.

These two events don't look related, but what they share in common is more important than most of the lessons I've seen taken from them so far.

We at Highrise recently open sourced a project of our own called Snapback Cache.

This was a piece of software we built to help make our activity feeds more user friendly. But I also saw it as something we could spend a few hours polishing up into a open source script.

I didn't expect much.

But, Snapback Cache turned out to be my most trafficked blog posts in all of March with tens of thousands of readers. It's generated some very nice new attention to Highrise - a very high return for a tiny investment.

Is this an uncommon experience? Not at all.

"Sad Affleck" looks like it took only a few hours to produce as well. But a few hours turned into millions of viewers. Their next video was another riff on the same Affleck interview, and it racked up almost 74,000 views. Not the same impact, but a nice spillover.

And left-pad is only 11 lines of code. So of course the left-pad disaster generated questions like: Have we forgotten to code? Why do we introduce such potentially destructive dependencies for something so simple? Valid questions.

But I think the more important thing we can take away is that left-pad is downloaded 25 million times... A MONTH!

I doubt Koçulu, could have predicted the impact his module was going to have on the web when he put in the little bit of time open sourcing a simple method. And I couldn't predict the success we were going to have with Snapback Cache.

But the great thing is, we don't have to. For such a small investment of time, we can afford to publish hundreds of things and maybe some of them will add real value (or entertainment).

There are big things of course that we want to make. The Batman vs. Superman movie itself took years and 250 million dollars to produce. But everything doesn't always have to be so big. We can produce small things that can often have a huge amount of impact.

P.S. It would be awesome to meet you on Twitter, and check out the things, big and small, we're up to with Highrise.