The following is a transcript of video blog by Center for Constitutional Rights Attorney Pardiss Kebriaei.

Last Friday, Senator Tom Cotton, a freshman senator from Arkansas, toured Guantánamo prison along with a group of other freshman senators. Senator Cotton has said before that everyone at Guantánamo is the worst of the worst and can rot in hell. When he was done with his tour, he said that what he had seen reaffirmed his view that the prison should stay open and we should be sending more people there.

Senator Cotton did not meet with a single detainee. Presumably, he has not reviewed all the government's information on most, if any of them. Meanwhile, senior national security officials who have met detainees, who have reviewed all the government information; officials from the Departments of Defense, Justice, State, Homeland Security, Joint Chiefs of Staff, Office of the Director of National Intelligence, have determined that at least 55 of the 122 people who are still at Guantánamo can be safely repatriated. Former commanders who were tasked with running the prison under President Bush have said that easily half of those ever held at Guantánamo were mistakes and should have never been sent there.

Senator Cotton and other members of Congress who want Guantánamo to stay open, who oppose the informed views of officials tasked with U.S. national security, have also seized on a government report about alleged recidivism of former detainees to claim that a third of released detainees have "returned to the battlefield." That claim ignores that the government's report itself makes a distinction between suspected and confirmed cases -- that suspected means unverified, that even confirmed means without certainty. It also ignores that we can't verify any of the government's numbers because the government won't release much of anything but the numbers. That claim also ignores the stories of hundreds of other men who were released over the past decade by Presidents Bush and Obama and are just rebuilding their lives. Those stories are ignored because they don't feed into the narrative of fear -- there is no shocking story, just ordinary life and struggle.

Two of those men who were released are clients that I used to represent. They are a father and son from Syria: Abdul Nasser Khantumani and his son Muhammed. They went through hell in Guantánamo. Muhammad was a teenager when the U.S. took him into custody. He was held apart from his father for most of the duration of his seven-year detention. He said that was the worst part of his torture. They were cleared for release by the Obama administration in 2009 and resettled apart in Portugal and Cape Verde. They struggle with the effects of their detention. They struggle with the stigma of it. There has been no accountability for what they went through. But they are also rebuilding their lives. Mohammed is now married and has a child. These are the stories we don't hear about. 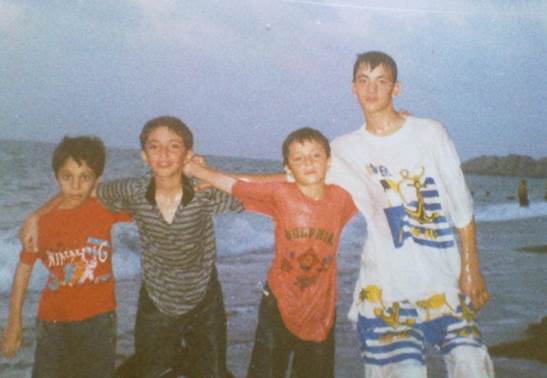 Muhammed and his father endured years of torture and unjust detention at Guantánamo. Now they are free but not allowed to see each other. Help us reunite them by signing this petition.