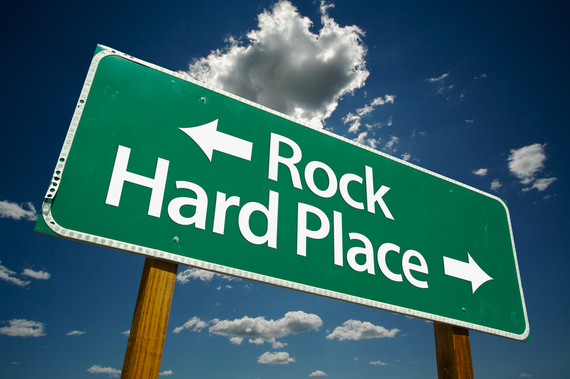 Andrew got into the office and fired up his laptop. He made himself a coffee and took a deep breath, as he prepared for the day ahead.

Andrew joined four years ago on the firm's fast-track program. He had recently been given the chance to prove himself in an 'accelerator role', the term informally given to tough assignments that would undoubtedly accelerate your progression within the company if you make a success of it.

He grabbed the opportunity. Today marked Andrew's 90th day in the hot seat.

As he reflected on his first three months, performance had been sluggish - sales in the second quarter were down and costs remained excruciatingly high. Operating margin and net profit margin had declined along with market share. For the most part, targets were not being met, and there was infighting amongst Andrew's directs. He often had to remind them 'the competition is out there, not in here!' There was one segment, however, that was outperforming the rest. Jim headed it up.

Jim was a long-serving, loyal employee who would often work 15-hour shifts and sacrifice holidays for the sake of the company. His ability to secure new business and relentless attention to detail allowed him to rise through the ranks under Andrew's predecessor.

It was commonly known that Jim was not easy to work with. He had a reputation for policing the department, and what feedback he provided was usually critical in nature. His peers on the leadership team had complained that Jim's business line succeeds at the expense of others. He had a reputation for blowing hot and cold, and junior employees were terrified when he summoned them over to his desk. Jim had been given feedback on his style and was put on a couple of development programs. He was even offered a coach to help him display the company values.

The Group values were widely known and commonly referred to as the '3 Ts':

One of Jim's directs recently resigned making it the third person in his team to leave this year. Andrew asked to see the notes from the exit interview and was sobered by the comments, "This company pays lip service to the values. I came here to learn and make a difference but the culture around here is to hold onto information and use it for control and power."

As he thought about the road ahead, Andrew grew increasingly concerned. Engagement was low, turnover was high, and silo mentalities were in evidence with a reluctancy to share information and business opportunities with other divisions.

Jim had been with the company for many years and was undoubtedly the best in product knowledge and financial delivery. He'd been given several chances to improve but was still having a detrimental effect on the team. Getting rid of him might cause the business to take a further hit and Andrew was not sure he could afford such a setback.

What should Andrew do?

This blog was written to explore real tensions that exist within organizations, yet Andrew, Jim and the company they work for are entirely fictional.