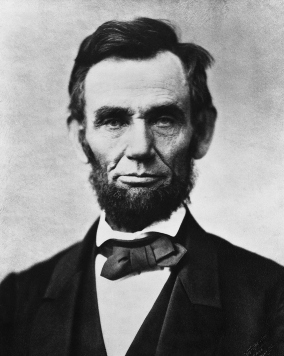 Once the venerable party of Lincoln, the Republicans split off from the Whigs in 1854 to oppose slavery, and for a century stood for fiscal restraint, free enterprise and principled conservatism. Their demise probably began with Richard Nixon's "southern strategy" of 1968 -- the deliberate pandering to white racist Democrats of the southern states -- but Barry Goldwater's nomination four years earlier had also been a harbinger of doom. Now, as Tom Friedman has pointed out, the party is an empty shell of its former self, the rusting hulk of a Rube Goldberg contraption slapped together to garner the support of Christian fundamentalists, the gun lobby, the Tea Party, global warming deniers, birthers and other right-wing conspiracy theory nuts. In hindsight, the nomination of Donald Trump seems the inevitable climax of this recent and sad history.

Whether Trump wins or loses in November, the political party he hijacked is dead. Most of its traditional constituency -- thoughtful conservatives who care about solving real problems through compromise -- have been purged. They need a new political home, as do other disaffected citizens, but what form might that take? What should it be called? What big ideas should it advocate? What principles should guide it?

Science as a Way of Solving Problems

I have no law degree or experience in government. I'm not a historian. My background is in science and biology, which may seem irrelevant to these questions. But science is by far the most successful method humans have devised for finding truth and solving problems. It opened our eyes to the vast size and age of our universe, doubled our lifespans and took us to the moon. 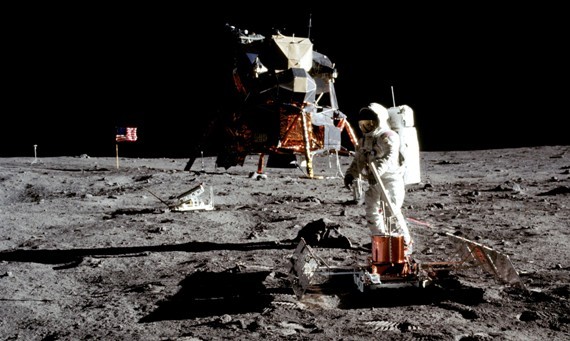 Could the principles at the core of the scientific method -- honesty, humility and a ruthless insistence on discarding ideas that conflict with empirical evidence -- guide a political party? And could we make better use of scientific insights from nature in the way we manage human affairs? I think so, and a party that championed this approach could win support from thinking people across the political spectrum.

Don't get me wrong. I'm not advocating the resurrection of the Technocracy Movement of the 1930s. I'm not even suggesting that political leaders should have degrees in science or engineering, though that might help. Instead I'm suggesting that our way of choosing social policies should, as much as possible, follow the scientific method. Science is not merely a body of knowledge about how nature works. Above all it is a method for finding truth and solving problems, one that mimics biological evolution in the way it explores the vast space of possible solutions. 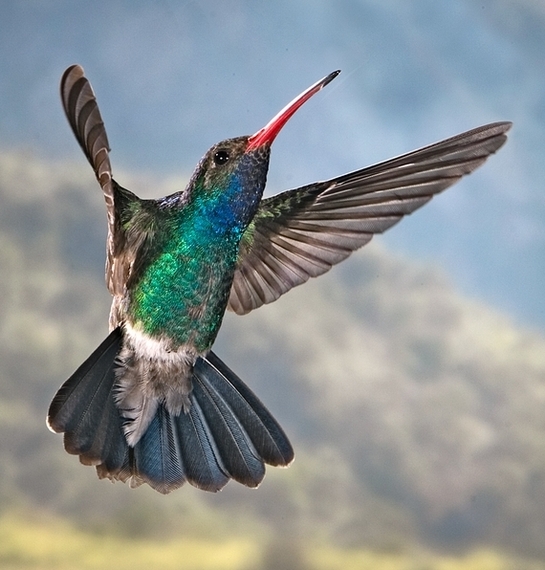 We see similar dynamics in free-market economic systems. We have not, however, seen much of it in politics, where slavish adherence to intuitively appealing ideologies generates an impoverished menu of options: cutting entitlement spending versus higher taxes on the rich; a single-payer healthcare system versus private health insurance; private school vouchers versus greater pay for teachers in public schools. In these and other problem domains, ideology has blinded us to that vast space of possible solutions.

Mathematician, poet and philosopher Jacob Bronowski made essentially the same point sixty-five years ago in The Common Sense of Science. At a time when the threat of global nuclear war darkened our collective mood, he wrote: 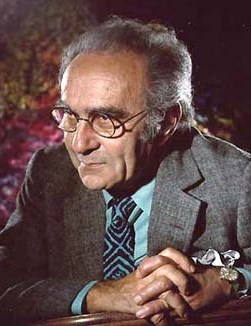 [S]cience is the acceptance of what works and the rejection of what does not. That needs more courage than we might think.

It needs more courage than we have ever found when we have faced our worldly problems. This is how society has lost touch with science: because it has hesitated to judge itself by the same impersonal code of what works and what does not. We have clung to Adam Smith and Burke, or we have agitated for Plato and Aquinas, through wars and famine, through rising and falling birth-rates, and through libraries of learned argument. And in the end, our eyes have always wandered from the birth-rate to the argument: from the birth-rate to what we have wanted to believe... Here is our ultimate hope of saving ourselves from extinction. We must learn to understand that the content of all knowledge is empirical; that its test is whether it works; and we must learn to act on that understanding in the world as well as in the laboratory.

If this fantasy could be realized in a new political party, it would be a striking break from the past. Like an electron in its quantum mechanical realm, this new party could not be localized with certainty to any one place on the political spectrum. That fact alone might increase its appeal in a time of unprecedented political gridlock, obstruction and frustration. Its big unifying principle would be its method of solving problems. Of course good old-fashioned political haggling, deal-making and voting would still be needed in Congress to decide which problems to tackle and, more importantly, to choose criteria by which we will judge the success or failure of alternative solutions. But having made those decisions, open-minded experimentation with multiple solutions in parallel would be the immediate goal, rather than a single solution dictated by ideology.

For many problems, especially economic ones, it might be best not to specify any tentative solutions, but instead to shape economic incentives and let the free market explore the solution space. This is what Germany did to increase its use of renewable energy and decrease its contribution to global warming. Anyone could make real money -- enough to make the effort worthwhile -- by installing solar panels and selling their excess electricity to the grid. This required a subsidy paid by residential customers of the electrical utility, so the cost of electricity increased for those who didn't put up solar panels. But even those people responded to the price incentive: they found ways to use less electricity. 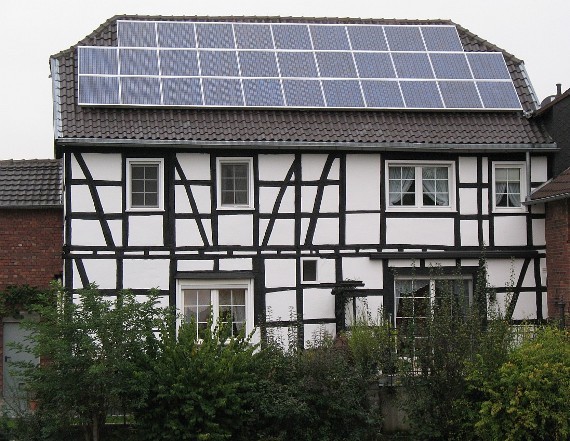 A similar approach could help with the coming crisis in Medicare solvency. Medicare might survive if wasteful and unnecessary procedures could be reduced, and this might happen naturally if patients and healthcare providers had the right incentives. Suppose, for example, that there were some formula for limiting the total Medicare benefits that each person could receive over his or her life. Both patients and doctors would have an incentive to use that limited resource wisely, but only if the system had complete price transparency. The cost of every medical procedure, device and drug would need to be known up front by all concerned, and patients would need to have the freedom to do comparative shopping. In such a system, real costs could be weighed along with medical risks and benefits -- something that is impossible in our current healthcare system.

But what formula should be used for limiting benefits? Should exceptions be allowed for certain medical conditions? Should the limit be age-dependent, such that people above a specified age lose coverage for heroic and expensive life-saving procedures? How should the formula be related to the balance in the Medicare trust fund? These are difficult questions, but experimentation is the way to answer them, and it would help to have a political party that embraces this empirical and exploratory approach.

And when that party sets its political priorities, it should also embrace our scientific understanding of reality. The acknowledgement of and response to global warming is an obvious example, but there are less obvious and more important lessons we can take from nature. One is the observation that organisms normally live in dynamic equilibrium with their environment. "Equilibrium, not Growth" may not be a catchy slogan for a bumper sticker, but it is the hallmark of an enduring species, and we ignore it at our peril. We have increased Earth's carrying capacity for humans by decreasing it for other species, a shortsighted strategy that leads to mass extinction. We are currently on track for a global population of about 11 billion humans on Earth by the end of this century, a number that is unsustainable if these billions are to have even a modestly comfortable standard of living. Stabilizing our numbers and preserving biodiversity should be high priorities for a party that takes its lessons from nature.

What should this party be called? Tom Friedman suggested "New Republican Party," but that suggests too small a departure from the party of Trump, or even of Lincoln. Of course "Scientific Party" comes to mind, but this sounds too much like familiar and dubious attempts to imbue wholly undeserving movements with the credibility of science, merely by tacking on the label -- Mary Baker Eddy's "Christian Science," for example, or L. Ron Hubbard's "Scientology." But since this is my fantasy, I'll offer my current favorite choice for a name: the "Pragmatic Party." It has a nice ring to it and seems to express the essence of the idea.

Prospects for a Pragmatic Party

Whether this fantasy will ever be realized remains to be seen. I admit it seems far-fetched in a country where about 40 percent of adults believe in young-earth creationism. Yet there is hope in our younger generation, who are far more accepting of scientific reality. Ironically the Trump phenomenon offers some hope, too. Only a broken primary system could allow someone like Donald Trump to get this close to the presidency. Many people, conservatives among them, feel a strong and urgent need to fix this. A good Pragmatist would respond with a list of possible fixes. If the primary electorate is unrepresentative of the general electorate, then we need to make primaries look more like the general election. There are many possibilities. One of my favorites would be to eliminate primaries altogether by using ranked-choice voting. You may have even better ideas. Let's experiment! 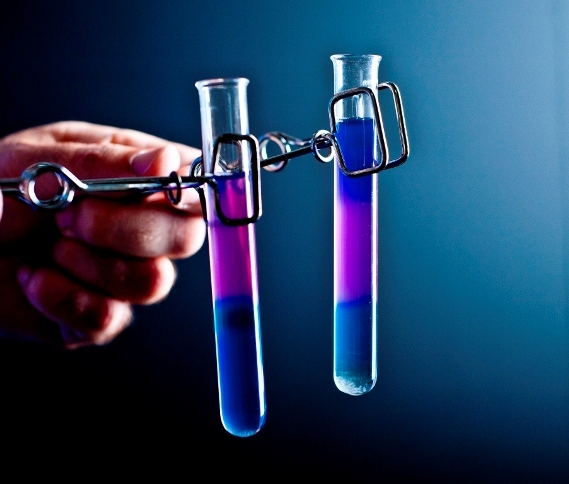 John C. Wathey is a computational biologist whose research interests include protein folding, evolutionary algorithms, and the biological forces behind religion. Learn more at www.watheyresearch.com.

This fascinating interview with Jacob Bronowski was recorded shortly before his death in 1974: