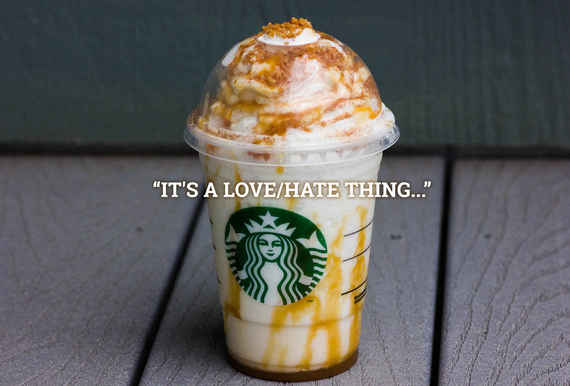 When you order a Churro Frappuccino at Starbucks, a drink not found on any menu, you're asking a lot of your barista. They have to modify a crème Frappuccino base with one pump of white mocha and one pump of cinnamon dolce syrup, and then top it with whipped cream, caramel ribbon crunch topping, caramel drizzle, and cinnamon dolce sprinkles. Sounds like a real pain in the butt for them, right? Well, turns out they don't hate it as much as you would hate someone coming into your office and telling you what to do.

To get to the bottom of what baristas (or partners, in Starbucks parlance) really think of those secret menu items, we asked our pal Melody, from the always informative StarbucksMelody.com, to talk to the expert coffee wranglers she knows, and interviewed some baristas ourselves.

More: 12 Myths About Wine Busted by a Sommelier 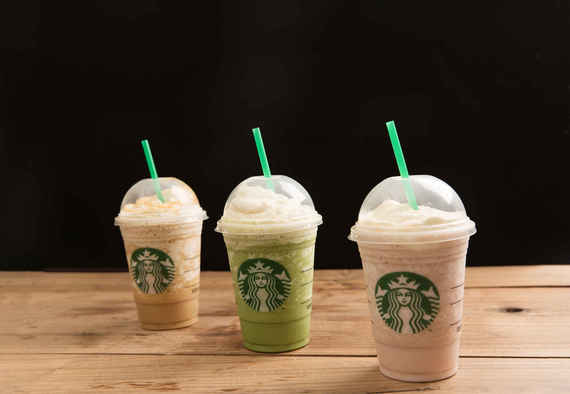 There isn't really a secret menu... and that makes things hard for the partners
The "menu" label implies that all the items are universally known by name to the workers, so making one is exactly the same as making any of the drinks off the normal menu. That is, they're easy.

But, as we've said before: secret menus are urban legends. And Starbucks' is no exception. Websites, like Starbucks Secret Menu and Hack The Menu, may provide you with an amazing new recipe but, as Brandon, a barista in Michigan, points out, the article "gives the drink a special name and fails to mention that there is no actual 'secret menu.'" And if someone shows up and orders a Cotton Candy Frappuccino without knowing what goes in there, there's no guarantee a barista can make it.

But the off-menu Frappuccinos are actually a creative outlet
With its infinite add-ins that allow crazy orders like a "Venti seven-pump vanilla, soy, 12-scoop matcha, 180-degree no foam green tea latte," Starbucks' normal menu is intimidating to the basic customer. But the baristas know it quite well, so the "secret menu" allows them to go off-book and take advantage of the customization options. "I have a love/hate relationship with custom Frappuccinos," explains Ashley, a partner in Virginia. "I love how it opens things up, creatively, for customers and partners alike. The only thing I hate is how sometimes it's something we're not allowed to do, like blend a brownie."

Still, stop asking for drinks with food blended in
A popular "secret menu" Frapp is the Cake Pop drink, which uses the brownies Ashley's talking about. It's not that Starbucks' workers don't love cleaning brownies out of blender blades (although, they probably don't): the infinite customization policy actually doesn't extend to food. "What we can't allow are foreign substances from a customer's home, products not used by Starbucks, and all food -- with the exception of bananas, blueberries, and Evolution Fresh ingredients," clarifies Ricardo, a partner in California. Steve from Washington further explains, "It may come across as silly to some, but it can definitely be a big deal for those with allergies. On top of that, food items can do damage to the blades in the blender."

To find out even more ways the "secret menu" is affecting Starbucks employees, head over to Thrillist.com!

13 Regional Breakfast Chains That Should Be Everywhere

The Illustrated Guide to Every Meaningful Donut