Beware of stories that come in beautiful packages. Two recent nonfiction books about lesbians in Illinois tell two very different stories. One is a beautiful, hardbound book from the once-feminist publisher Seal Press (now part of a New York-based corporate publishing conglomerate). The other, published by the independent Chicago-based enterprise, Prairie Avenue Productions, is more modest -- a paperback original, though available in an edition with color photos. One book tells a vibrant, overlooked story about a lesbian activist whose work shapes our world today; the other offers a closet parable and demonstrates how some people today take advantage of the labor and lives of those in the past who worked for LGBT equality. 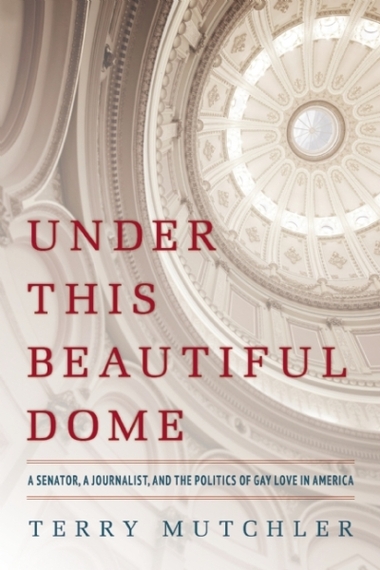 Under This Beautiful Dome: A Senator, A Journalist, and the Politics of Gay Love in America by Terry Mutchler (Seal Press, 2014) is the story of Mutchler's relationship with a state senator, Penny Severns. In 1993, Severns was a rising star in the state democratic party (the book belabors the parallel between Severns and another young party member, Barack Obama). She met Mutchler, who was working as a journalist covering the Illinois state house. The two fell in love, eventually living together and sharing a life that they understood to be committed and "married." While they had this mutual understanding, they did not share the nature of their relationship with their families or anyone else. They were closeted. To the public, Mutchler was simply a devoted friend and press agent for Severns.

You can imagine how this ends: Severns is diagnosed with cancer. Treatment, struggle, treatment, struggle, death. Severns's family, not knowing the relationship, quickly acts to exclude Mutchler from Severns's estate and legacy. It is a sad story. I do not want to minimize the pain and anguish the situation caused Mutchler, but remember this was the mid-1990s. These two women had other options. They could have come out; many courageous gay and lesbian people came out, refusing to live their lives in the closet.

At some points in Under This Beautiful Dome, it seemed like this story was happening in the 1950s or maybe the 1980s. The fact that it was happening in the 1990s makes the book more of a farce than a tragedy. Mutchler's talent as a journalist makes Under This Beautiful Dome a good yarn, but anyone with a political consciousness recognizes that both of these women made choices that are fundamental harmful to themselves--and to the broader LGBT community.

The fact that Severns and Mutchler hurt themselves is one thing. What galls me about this book is that after Mutchler choses to be closeted and not speak out, she writes this book in 2014 and wants to position herself as a part of the story of the achievement of marriage equality in the state of Illinois. This claim is offensive.

Particularly when Under This Beautiful Dome is considered in tandem with the wonderful biography of Vernita Gray by Tracy Baim and Owen Keehnen. This delightful book, part biography, part oral history, part tribute volume to Gray, provides a rich history of the Chicago-based activist. Subtitled From Woodstork to the White House, Vernita Gray covers Gray's early years (she was born in Chicago in 1948), her engagement in the civil rights movement, coming out as a lesbian in the 1970s (with rich anecdotes about Chicago lesbian-feminist institutions), and her activism during the last four decades of her life. Gray lived a life worth emulating. She gave to the community in numerous ways. Her death, also from cancer, affected the Chicago community tremendously. 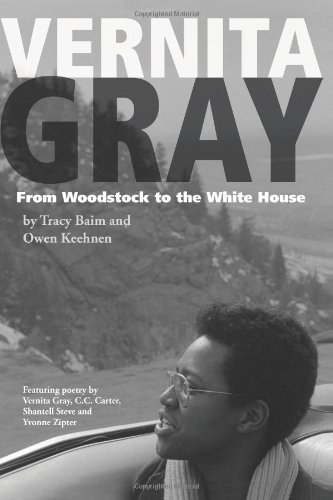 Baim and Keehnen provide an entertaining and highly readable account of Gray's life. In addition to that, this book is a service to the community in at least two ways. First, it is a way of honoring and respecting the work of an out, African-American lesbians--and making that work more visible. Second, Gray's life provides an important window into queer history, both in Chicago and in the United States during this period.

Sadly, these two books, both with life stories about lesbians in Illinois are not dueling in the marketplace. Mutchler's unapologetic story of her own life seeks to capitalize in the advances of gay and lesbian people over the past twenty years; advances to which she did not contribute. Yet, because it is published by a New York-based publishing house, packaged in an attractive way, it gains the attention of readers--and even of the Lambda Literary Foundation which named it one of the finalists for Lesbian Memoir/Biography. Maybe that is appropriate if lesbian now means women who sit back while other women do difficult activist work and then step up when it is easy to take credit for some of it.

Baim and Keehnen's book, on the other hand, receives less attention. Vernita Gray is the more interesting book, however. It tells the story of a woman with extraordinary integrity, a woman who lived a life that both made a difference to those around her and to the LGBT community in Chicago and nation-wide. Through Prairie Avenue Productions, Baim is increasingly telling these important and overlooked stories. She is a woman worthy of our collective admiration--and support.

Current readers should be aware of what stories are being told and packaged by New York publishing houses and engage in healthy skepticism. Looking beyond the glossies, readers can find gems like Vernita Gray. Future historians, looking for breadcrumbs to understand what was life like for lesbian and gay people in the Midwest during the 1990s, should read Vernita Gray carefully and give Under This Beautiful Dome the little regard it deserves.