Magazine tabloids tend to treat women like zoo animals instead of people. 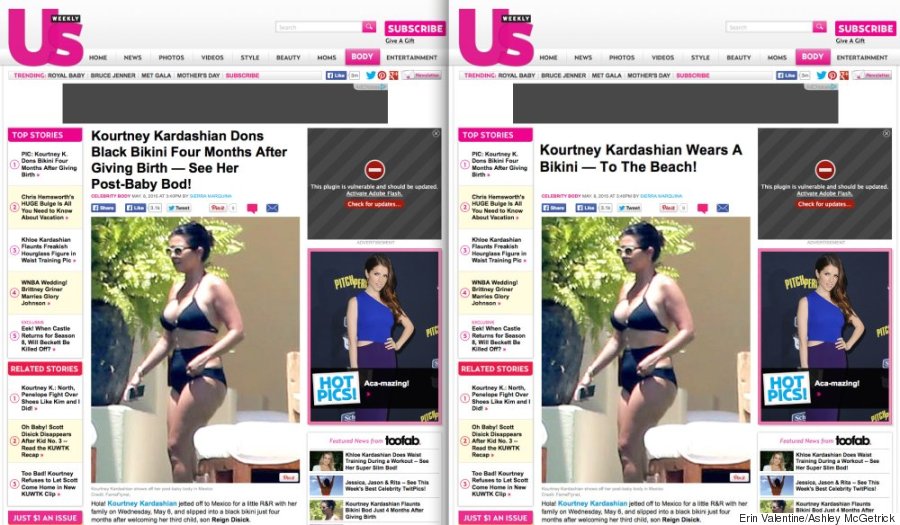 The two seniors at Elon University created the project for their capstone course on women and gender in the media.

"By translating these headlines to be more feminist-friendly, we hoped to call out sexist and unequal cultural influences, especially of celebrities, in the media," Valentine told The Huffington Post. "Sensationalized tabloid media preys on the female body and an idealized version of 'womanhood.'"

"Whether in line at the grocery store, scrolling through Facebook or flipping through television channels, it is hard to miss headlines worshiping, critiquing or questioning the physiques and lifestyles of female public figures," Valentine said. "While seemingly harmless, these hyped up headlines attack more than just the people pictured."

It's not only the headlines that are implicitly sexist, but the stories written about these female celebrities. Instead of writing about how hard-working Blake Lively is when she attends dozens of events in one day, stories are written about how many outfits she wore.

Valentine noted that consumers do have an impact on these headlines. "They should also acknowledge that they have the power to push back as viewers and as the audience to encourage more feminist-friendly entertainment journalism," she said.

Check out some of Valentine's and McGetrick's feminist-friendly headlines below.

Head over to Valentine's and McGetrick's project website to read more.