The Game of Thrones continues in the 2016 presidential race.

Bernie Sanders (AKA Ned Stark) takes on Hillary Clinton (AKA Daenerys Targaryen) for a chance to battle the winner of Ben Carson (AKA Walder Frey) and Donald Trump (AKA Ramsay Bolton).

It remains unclear who will prevail and seize the Iron Throne. However, one thing is certain. Regardless of who wins this election, there is a great enemy marching on the electorate and its name is climate change.

Which leader has what it takes to mobilize millions of people and curb the ill effects of climate change before they devastate our blue-green planet? Only time will tell. 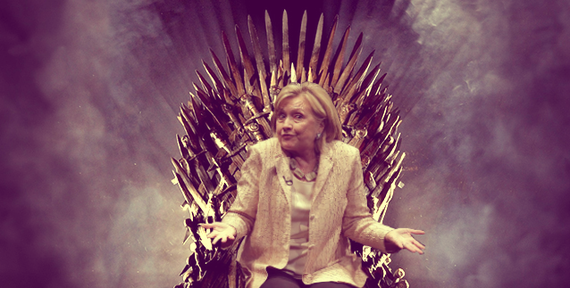