Yoga mega-retailer Lululemon is no stranger to off-color ad campaigns and embarrassing slip-ups (Who could forget the see-through pants debacle?). But the high-market yogawear chain's latest gaffe might just take the proverbial cake.

As part of the series, the company has been doling out a reusable tote back with one of the yamas, brahmacharya, the Sanskrit term for "celibacy." Scroll down to view the bag below.

Now, I'm no expert on yoga philosophy, but I did learn on day one of a basic 200-hour yoga teacher training what each of the five yamas signifies, and that brahmacharya means channeling one's sexual energy towards union with the divine -- which is, traditionally, the ultimate goal of yoga. The Sutra outlining this yama describes the divine benefits conferred upon great yogis who adopted lives of total celibacy.

It seems like an odd choice, then, to use brahmacharya (again, Sanskrit for celibacy) in a bid to sell candy-colored sports bras. But it seems that Lulu's marketing team simply failed to do any research whatsoever before creating this "shopper series exploring the yamas... in stores now." Even a cursory Google search reveals the common translation of the term as celibacy. But in a blog post announcing the new bag, Lululemon misdefined the term as "moderation" -- a bit of a stretch (no pun intended) for a yogic term that's meant to suggest sexual restraint -- and used it as an opportunity to preach moderation to its (largely female) customer base.

Sandy Wei, executive assistant to Lulu's VP of Planning & Allocations and Director of Merchandise, explained in an introductory blog post in Septemberhow the yama has affected her life:

If it weren't for Brahmacharya, I'd be eating greasy Church's Chicken while refusing to do much else except play with puppies and take selfies with said chicken and puppies. Brahmacharya has been the most impactful yama in my everyday life. It reminds me to practice moderation and non-excess, thereby consciously creating a better balance in mind and body... All my life, I have denied when enough was enough. Whether it was spending all evening on social media, or seeing my boyfriend for the fifth day in a row, or mentally preparing myself for the third round at the buffet, I've always had a hard time telling myself when to stop.

It doesn't help that the letters spelling out the term on the bag are composed of items that, according to Lululemon, one should only enjoy in moderation: french fries, cookies, cigarettes, condoms, and what looks like prescription pills and heroin needles.

I'm no purist when it comes to yoga: Many, if not most, modern-day yogis in the West practice their asana in a secular and fitness-oriented context without aim or desire for spiritual growth, and that's totally fine. But trivializing and misusing a sacred tradition to sell luxury (not to mention sizeist) yoga clothing is not only embarrassing, it's offensive. And as a sloppy injection of the language and practices of one culture into another, it's a form of cultural imperialism.

"Brahmacharya makes us think twice and listen to what our mind and body deserves," Wei wrote. "If you catch me at the grocery store staring at a bag of chips it's because that's the new me battling with myself, making choices and practicing Brahmacharya."

Lululemon might do well to soak up some wisdom of another yama -- truthfulness, or satya, meaning that words and thoughts correspond directly to facts. The retailer has a long way to go in becoming a more responsible and ethical company, but they can start by learning the difference between moderation and sexual restraint. In the meantime, I'll exercise a little shopping brahmacharya by walking on by when I pass a Lululemon store. 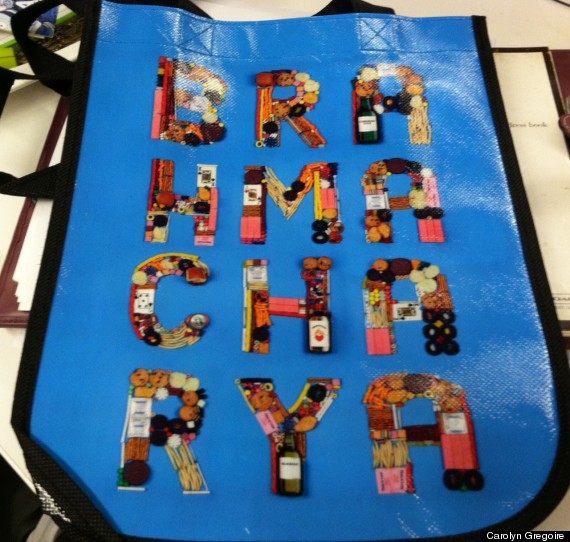