Have you ever looked back and analysed how you've been forming your professional network?
Have you wondered what is it that you do that turns an acquaintance you've met into an authentic friend who also helps your business grow?

I have found an exciting human network that demonstrates how to build a supportive, authentic network in the most tangible way possible. I want to share with you the point of view of the Catalonian Castellers - the human tower builders!

Recently, I took an exciting trip to a village called Villafranca in Catalonia, Spain, an hour outside the city of Barcelona, to attend the annual Castellers festival. The Castellers practice the tradition of human tower building, and they build spectacular tower formations up to 12 or more stories by standing on top of each other! This tradition was first documented in Catalonia in 1712, when folk dancing formed into this festive acrobatic custom.

As I watched the adults and children climbing over each other and forming live human levels, I got a burst of insights!! I've found so many similarities between building a physical, human tower and the art of relationship building, which I must share! 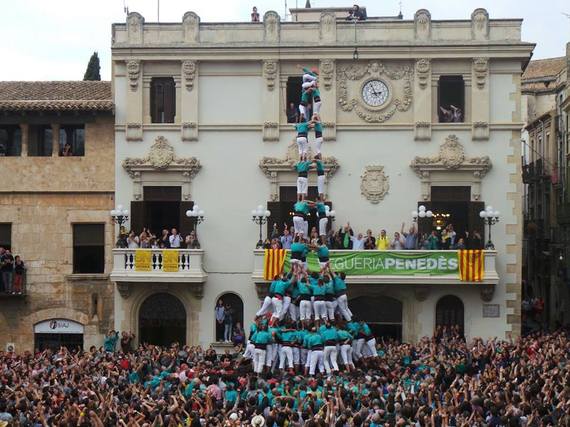 The foundations of building an authentic, solid network

1. You must build trust first
Becoming a Casteller takes months of training that happens at each Casteller group's training studio. On top of perfecting their physical techniques, the Castellers also "train" by building their relationships and trust with each other - because they are literally putting their lives in their friends' hands! Typical to this vibrant culture, they usually drink and party after each training session, which bonds them even more! The same can be said about business relationships: the first thing you should aim to establish at the beginning of each relationship you form is trust. Each communication enables you to get to know the person better and assess if you can trust him or her. The same applies to you: stand behind your words and show the other person they can rely on you as a friend.

2. Building your network strategically
To ensure each tower's stability, the Castellers choose their team members carefully based on a mathematical logic that specify body weight and height. Those who will occupy the lower levels are the bigger, older people, while kids around 4-5 years old will occupy the top, thin levels.
A similar strategy should be applied when forming your own network. Specify the people that you want closest to you: the ones who can help you achieve your business or personal goals. Network efficiently and focus your energies on finding and making friends with the right people for you!

3. Creating a diverse network
According to the Castellers' tradition, each group aspires to build unique tower formations. Historical Casteller texts even mention that in the old days, there were such unique formations that no one could recreate them to this day. Similarly, when you build your own network, make it unique like no other person has! Include diverse people from different social circles - the more different, broad, and cross-occupational your network friends are, the more opportunities you will potentially have, and the better and more specific results you will get. And that's a scientifically proven fact!

4. Create a supportive network around you
The main geometrical principle that allows the creation of these human towers lies in the structures' foundation. A few thousand people must hold each other's shoulders, supporting and surrounding the center of the structure. The wider and stronger the foundation is, the higher the tower can get. The structure's stability (and people's lives) depends entirely on this human base, the same as you depend on your network to help you achieve your career, business, and personal goals. Choose to surround yourself with many people you authentically like and that can strategically help you achieve your many long- and short-term goals. Maintain strong relationship with them, and they will always serve as your safety net and help you reach as high as you could possibly want! 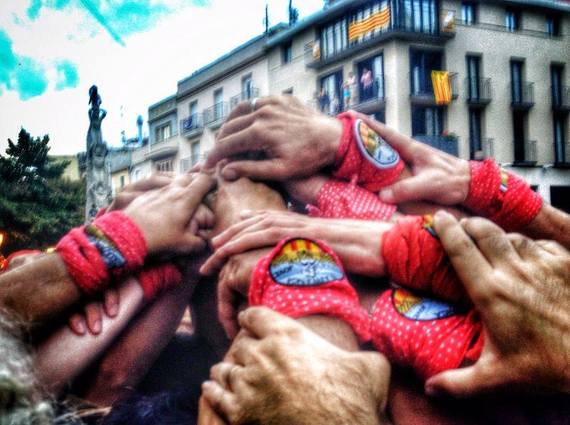 5. Enjoy the relationship-building process
A couple of main components that increase the festivity of each castle-building event is the fact that it's accompanied by an orchestra that plays traditional music, and that the crowd becomes a part of the party by cheering the Castellers on! A cheerful atmosphere is an integral part of building a human tower. Similarly, a joyful spirit can benefit networking with new people - it just makes the atmosphere more fun, loose and helps to break the ice! Our energy affects the people around us, so if you are prepared with a smile and an open, positive mindset when you network, you will surely enjoy it more and influence the people around you to loosen up and enjoy as well.

6. No network is perfectly stable
There is risk involved in being a Casteller. It is not a safe activity by any means, and a failure may cost human lives. In fact, one tower even collapsed in front of my eyes and some of the acrobats got injured! The Castellers are taking a calculated risk when they participate in this amazing tradition. The same is true when building your network - some of the people you know may disappoint you, disappear or change. That's "part of the deal." People are not an exact science, as I always say, and you should know that. Don't take anything too personally, and continue cultivating the relationships you want to grow.

The Casteller's festival was a breath taking experience for me, and it gave me a new outlook on human relationships.
The bottom line is this: whether it's tower-building or networking, there isn't much of a difference as long as we are working together and supporting each other on our way to growth and achievement!