What does a "perfect" body look like? A new photo project attempted to answer that question.

UK online pharmacy Superdrug Online Doctors recently published the second part of their project "Perceptions Of Perfection" which features 19 photoshopped images of the same man. Each image is photoshopped to represent a specific country's ideal body type, manipulated by a graphic designer from that country.

The first installment of the pharmacy company's "Perceptions Of Perfection" series featured 18 photoshopped images of the same woman to illustrate what the "ideal" female body type around the world looks like. Similar to the first installment of the project, the company hired graphic designers from around the world to photoshop the original image.

"The quest for a perfect body transcends gender: Fueled in part by the media and popular culture, men around the world may feel even more body image -- related pressure than women do -- pressure to be stronger or slimmer or more muscular," a SuperDrug press release reads.

Below is the original image that was sent to graphic designers.

The designers included 11 women and eight men from 19 countries on six continents around the globe. The countries include Australia, the U.S., the Philippines, Russia, Egypt and Colombia.

The designers photoshopped everything from hair color to build and facial hair to properly illustrate the ideal body type of their cultures. According to SuperDrug, they gave designers "minimal instructions" and free reign to mold the original image as they saw fit.

Some of the designers altered the original image completely, while others changed it only slightly. The American and Russian designers dramatically retouched the original image to make the man have larger muscles and different hair styles. The altered photos of Bangladesh and Serbia were changed to include different styles of dress. The Bangladeshi designer included purple boxer briefs and the Serbian designer added arm tattoo.

One noticeable weakness of the series when it comes to looking at beauty standards around the world, is that the model is a white man -- and thus the vast majority of the photoshopped images depict a white man. While retouches from Egypt and Nigeria slightly altered the model's skin tone, the photoshopped images from Bangladesh and the Philippines do not accurately depict the skin tones of the majority of people from those regions.

"Real men come in all shapes and sizes and span various skin tones and facial features -- and so does our man," a SuperDrug press release reads. "Watch him evolve based on each culture’s beauty standards and ethnic norms: barrel-chested or slim, muscular thighs or sinewy legs, wide eyes or hooded lids, a smattering of body hair or a baby-smooth body."

Scroll below to see the "perfect man" in 19 countries.

Head over to SuperDrug to read more about the project.

PHOTO GALLERY
What The ‘Ideal’ Woman’s Body Looks Like In 18 Countries
Download
Calling all HuffPost superfans!
Sign up for membership to become a founding member and help shape HuffPost's next chapter
Join HuffPost 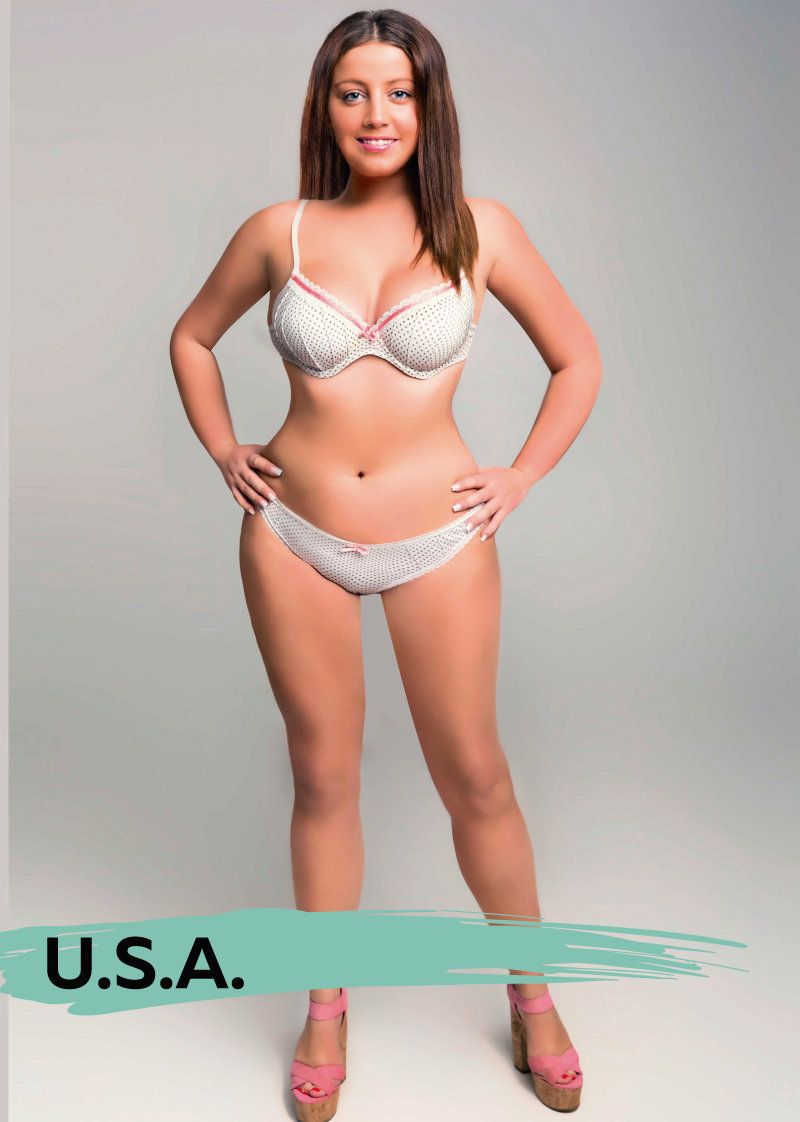