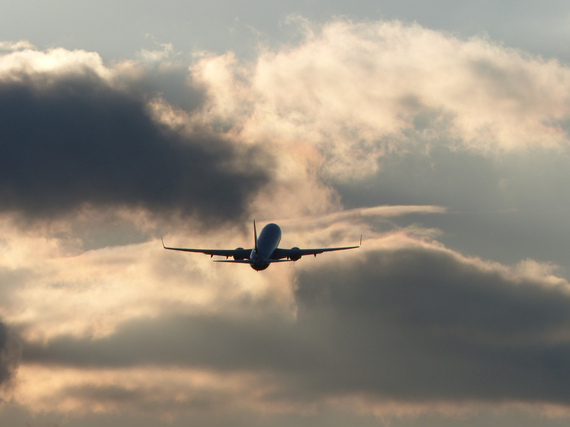 In January, four major airlines announced that they were profitable in 2014. Not bad for an industry that has been restructuring for roughly the past 25 years, with many carriers bobbing in and out of bankruptcy. They've scratched their way into the black through a combination of factors; mega mergers and the low cost of oil are tops on the list.

They've also taken a fundamentally different approach to the market. Rather than continue to battle one another to the bottom with discount pricing, the industry is now widely practicing what's called "capacity discipline."

If you've been flying lately, you've probably noticed that it seems as though every flight is fully booked. That's because in recent years the airlines have cut back on their routes, thereby limiting the number of seats available and keeping prices high. "We will absolutely not lose our capacity discipline," United CEO Jeff Smisek told USA Today earlier this year. "It's very healthy for us and very healthy for the industry."

In some instances, airlines have reduced the number of seats in premium areas of the plane. Lufthansa, for example, cut the number of first-class seats on its 747 from 16 to eight. The seats remaining are bigger, comfier, and more expensive. Many airlines discovered that to drive up prices even further, they could charge for all sorts of "extras" -- and then suddenly everything became an extra: bags, legroom, bathroom.... OK, that last one is a joke, although Ryanair has toyed with the idea of charging customers to use the loo.

At the end of the day, all business breaks down to this simple equation: Profit = Volume x [Price - Cost]. You basically have three levers to pull: You can try to increase your scale, you can rein in costs, or you can move price up or down. A high-volume, low-priced business, for example, is what some like to call commodity hell. The airlines finally figured this out. They have effectively curbed supply in order to fuel demand, and it's working.

But how does all of this relate to the publishing industry? Right now, media -- online media, in particular -- is still a high-volume, low-priced game. Brands like CNN.com and The New York Times have been trying desperately to claw out of commodity hell. For years now they've been watching the price of advertising erode as Google and now Facebook gobble up their share of the market.

In fact, most of us end up trying to make up in volume what we lose in online advertising pricing. But perhaps it's time for a dose of capacity discipline. In other words, what if we started running fewer ads but making them more compelling and less annoying?

We may not have a choice. The viewability trend is forcing publishers to prove that the ads we serve have in fact been seen. And The New York Times, among many, has moved toward larger drop-down ads inside their pages -- including on their homepages. USA Today introduced something called Gravity, which is an elegant full-page video advertisement that slowly drops into the webpage, freezing the user until they have essentially seen the entire ad. For the advertiser, this is akin to buying that bigger, comfier chair in first class -- and it comes at a higher price.

"They [the Gravity ads] get a significant premium, and yes, they outperform any ad we have ever seen in terms of user engagement," explains the president of USA Today, Larry Kramer. (Full disclosure: Larry is also a friend and a board member at Harvard Business Publishing.) "In the outside tests done for us, they had between 40 and 50 seconds as the average viewing time ... on a 60-second advertisement."

Kramer goes on to say that he's seeing a flight to "quality programmatic" -- meaning ad networks such as Pangea, which is composed of a select group of news brands, including The Guardian, the Financial Times, and CNN International.

Unfortunately, however, these efforts are puny when compared with the tsunami of online advertising options that offer marketers massive scale at low prices. Programmatic buys or networked offers have exacerbated the problem, and droves of publishers have gone along, fearing that they won't sell all their inventory unless it's in the discount rack.

The massive shift to mobile complicates the issue even further. Larger ad units on smaller screens might not make for the best user experience. Here's where native advertising has come on the scene as a potentially strong option, but it's an alternative that comes with its own set of obstacles.

The shift to a capacity-disciplined approach en masse would not be easy for the media industry given all the pressures to scale up. But it could be hugely beneficial for publishers, not to mention advertisers -- especially those who may feel increasingly stuck with television for brand campaigns when they can plainly see their audiences shifting increasingly to digital.

But sadly, publishers who continue to play the volume game, sacrificing price, may find that they are on a flight to nowhere.

I'll leave it here for now. I'm eager to hear your thoughts.

A big thanks to everyone who responded to my first column. Again, you can reach me at @machthbr on Twitter, find me on LinkedIn, or just email me at jmacht@harvardbusiness.org. I'm looking forward to hearing your take.