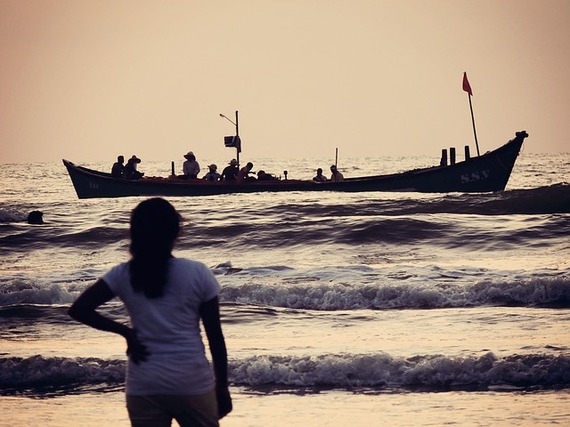 I write about foreigners, like myself, who choose to move between places and cultures; who face the challenges and reap the rewards of "nomadic" life. But I have always, intentionally, steered clear of writing about a particular kind of foreigner: the one who moves by necessity or force, rather than choice; the one who is uprooted by war, poverty, persecution or all of the above. Refugees are not my area of expertise. But lately I have been feeling that humanity should be everyone's expertise.

The stream of people fleeing broken countries like Syria, Iraq or Afghanistan to seek safety elsewhere is hardly a new situation, but it is one whose urgency and visibility have risen dramatically in the past few days. European citizens and their governments are confronted with a swelling flood of migrants; a humanitarian crisis of overwhelming proportions. And, for the moment, they do not seem to have a coherent plan for how to deal with that crisis.

I don't have a solution for the tragedy that unfolds every day before our eyes. I am not issuing condemnations or calls for action. I don't know how we will make it right. But I believe that trying to make it right will make us better people.

As we go about our daily lives, most of us are not confronted with the extent of poverty, need, suffering, and desperation that that have come our way now. As we go about our daily lives, we don't have to rise to the occasion. Before scores of refugees were washed out on their beaches, the people of the Greek islands of Kos and Lesbos - two of the first stops for Syrian and Afghan migrants on their way to Europe - did not have to show unbelievable generosity and kindness on a daily basis. They did not have to offer whatever they could spare - which is often so very little - to help those who have even less. They did not have to work full shifts in addition to their day jobs to collect donations, distribute water, medicine and clothes or take care of hungry children. They did not have to open their homes so that their foreign "guests" could clean themselves or sleep. Now, that's what they are doing - on a daily basis. 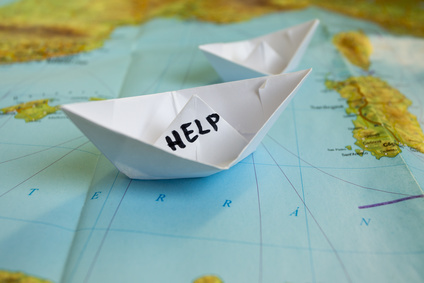 And this is no isolated response. When trainloads of refugees arrived in Munich central train station last week, the locals' donations of food, water, clothes, blankets and toys, were so overwhelming that the city's police asked them politely to stop bringing supplies because there were more than enough. In Iceland, within 24 hours, over 10,000 people responded to a Facebook pledge and signed up to open their homes to Syrian refugees - when their government had previously agreed to offer asylum to only 50. In Germany, crowds at football stadiums raised banners welcoming refugees. In Austria, this weekend, hundreds of rail workers pledged to work overtime for free, to drive special trains that will get refugees to their desired destinations as soon as possible. People all across Europe are taking matters into their own hands, not waiting for their governments to act, feeling the moral responsibility to ease the suffering of the hundreds who have been thrown at their doorstep.

What is happening right now, in our own back yard, is making us push against the boundaries of our own empathy, our sympathy, our desire to do the right thing. This massive influx of fellow human beings, driven out of their homelands has revealed unprecedented solidarity and compassion that lay dormant in us. It has allowed us to explore the depths of our humanity - or lack thereof. Because this latest crisis has also brought out the worst in some. It has stirred up xenophobia and racism; exposed some very short memories; allowed those who choose to, to give in to hate, cruelty and the building of fences, emotional and literal. I will write about the kindness and humanity; not the harshness and fear.

I was struck by a recent study that found that the most powerful predictor of identity change is the disruption of a person's moral faculty. Not memory, but morality. If our moral character changes (the study focuses on the impact on the brain of neurodegenerative diseases such as dementia and Alzheimer's), we become unrecognizable to others. If our moral compass is messed up, we are not ourselves any more. Empathy and compassion are part of that moral compass that is the essence of our identity and makes us who we are.

This human tragedy shapes our moral identity - as individuals and as nations. It brings out our true selves; or it changes our true selves. It exposes our collective inner sense of right and wrong. It transforms the moral fabric of our societies and ultimately changes our national identity.

Who will we choose to be?

A version of this post was first published on Diary of a Move.

Katia Vlachos is a writer, blogger and willing foreigner. She writes on cross-cultural transitions and expatriate life on her blog Diary of a Move.