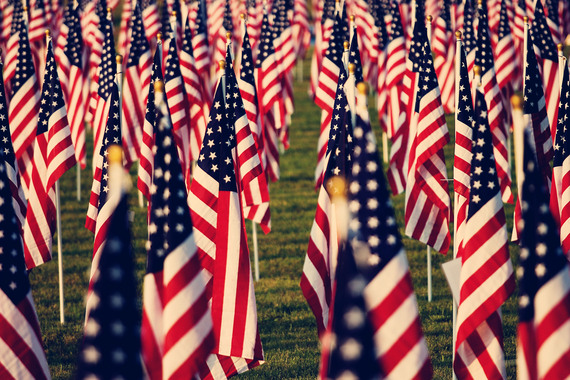 At the heart of every major innovation is not just a person or a company but an entire national character. That's because creative growth--no matter where it happens or who implements it--is a political event.

Countries get involved in making innovation happen because they have a stake in its outcome. Innovations in technology can give a nation advantages in defense. Breakthrough discoveries also offer governments the opportunity to achieve superior competency. Additionally, these projects increase the number of high-paying jobs and help nations get closer to full employment. Thus, the more innovation initiatives a federal government helps launch, the better the quality of life for its citizens will be.

A country needs three basic things to make innovation happen. The first is investment capital: the basic financial resources crucial to building anything new. Next, they need intellectual and realizable competencies: people who cannot only generate exciting ideas but who can also translate those ideas into concrete things, from machines to medicines to methodologies--whatever the circumstances demand. Third--and most importantly--any nation that wishes to generate radical change needs a pro-innovation culture, a society that encourages its people to deviate from the norm, to take risks, and to fail while doing so.

At its most fundamental level, the innovation process itself transcends national borders. It always follows four core phases. The initial stage--investigation--is the research and development of an idea or issue, and it usually happens at large universities and research labs. The incubation stage is about turning these early findings into a molecule or the germ of a product that might actually function. Then, once we have a working prototype, we move into the acceleration stage, when we ride the momentum of the idea and build start-ups that will realize its full potential. With experiments conducted and a polished product as a result, we transition to the final stage, commercialization, which entails bringing the innovation to scale, building and selling as many units as the industry needs or the consumers want.

Despite these four common phases, each country has its own spin on the process. The U.S. innovation business model is, as you'd expect, a very laissez-faire state model. But that doesn't mean our government has no involvement in our creative growth. In fact, our country spends an enormous amount of money on innovation, though almost all of it is at the foundational, investigative level. In the federal sector, we do a lot of core science work--through things like the Department of Defense, the Department of Energy, the National Science Foundation, and the National Institutes of Health. This is where the heavy lifting happens, where we make discoveries in physics, molecular biology--developments at the disciplinary level that go beyond these immediate disciplines. On top of these broad national groups are more specialized research hubs like the Stanford Research Institute and Parc and the Rand Institute. Additionally, there are tons of resources and incubators through local and state initiatives, often funded or supported by the Small Business Association (SBA).

The U.S. innovation model looks like a pyramid. At the bottom--in the largest growth area--are these Big Science research centers. The idea is that once we establish this foundation, smaller companies will use those insights and materials to do something more: the government builds the playing field and the competition will develop the applications and technologies that will be played on the field itself. In terms of the four innovation phases, the U.S. focuses on the first and the last--investigation and commercialization--emphasizing early research and taking things to scale.

A classic example of the U.S. innovation model is the Internet. Federal resources built the basic digital infrastructure and then countless companies and entrepreneurs took those resources and created tons of new things. This happens all the time, in all sectors, from energy to aerospace. It's simply the American way of doing things.

But is the American way of innovating the best way of innovating? According to Bloomberg's annual ranking of national creativity, the answer is no. The U.S. has most recently come in at number 6 and we've been steadily falling for a while now. Take a quick look at which countries are producing the most start-ups and which of these start-ups are having the biggest impact and you'll see that the common perception of America at the top is a false one.

What are these more innovative countries doing that the U.S. is not? The answer is simple: these governments have an active role in the capitalism of their nations. High-ranked nations like Korea, Finland, and Israel have a welfare state model, where the government itself is an investor in creative initiatives. This is essentially federal match-making: the government gives start-ups capital and connects them with universities and research labs.

Welfare states usually depend on a vertically integrated model of growth. This is precisely what Singapore did in the 1970s when its government took the National University, the Science and Technology Board, and a large fund, which they called Temasek holdings, and put them all together to facilitate and fund start-ups. In this way, Singapore ensured that all new companies would be tapped into the best new scientific knowledge and would have the chance to achieve their maximum growth potential.

Most people think the welfare state model only works for fast start-ups. Israel and Singapore haven't created an IBM or Boeing--their strength is certainly not in developing big companies. The conventional wisdom tells us that since the welfare state model is not capital-intensive and has low barriers to entry, it should be limited to software development and consumer electronics--markets that require relatively few people and resources to break into.

But that's not entirely true. Korea and Finland enjoy the welfare state model, yet they have capital-intensive industries with high entry barriers--like car manufacturing and power generation. This large-scale success is made possible through government grants given to individuals who have demonstrated their ability to make things happen and get things done and manage risk. With federal policies that forgive loans to companies that have failed and tax write-offs to innovation investors, there is almost no downside to risk in these high-creative nations.

The welfare state model of innovation encourages an enormous infusion of both capital and entrepreneurship at the middle phases, during the incubation and acceleration stages of growth. This is essentially the reason why these countries are ahead of us in the rankings.

How do these countries gain access to Big Science and all the other intellectual advancements made in the investigation stage of innovation? They look to the U.S. They get an American education and look at American research. Although there are important research institutions in these other parts of the world, a great deal of it is going on right here. In this way, we're providing other nations with many of the basic materials for innovation.

This is not a one-way street. While we give these nations the basic resources to innovate, they provide the U.S. with a trove of commercial-ready innovations that we then purchase and expand. In short, they're using our research to build stuff, to create these start-ups, and then we're buying their start-ups and getting them to scale. For this reason, the advantage in the U.S. constantly goes to the same large, multi-national companies that have enjoyed world dominance for years, providing little room for new start-ups at home.

So how do we fix what's wrong with the American model for innovation and entrepreneurship? We need to integrate the laissez-faire model that favors the investigation and commercialization phases of innovation with the welfare state model that favors the incubation and acceleration phases of innovation. We can do this in two different ways. We can adopt the government-as-investor, federal matchmaking process here. Or we can make our existing policy more explicit, devoting all our resources to buying other nations' innovations.

It's time that we loosen our ideology and tighten our strategy for making innovation happen. When most Americans hear welfare state, they roll their eyes and insist it doesn't work. In reality, though, it does work. If we don't start using this to our advantage, we'll simply continue to fall farther and father down the list of innovative countries. Whether or not, come next year, we're number 1 or number 10 is not a matter of what we innovate but of how we innovate. The first--and hardest--step to change is in changing the way we think about innovation. Are you willing to revise your vision of growth?