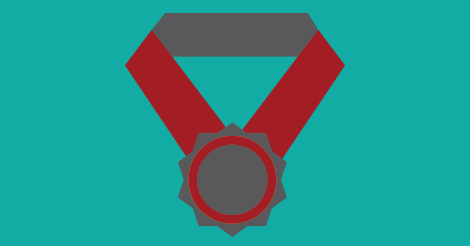 I spend a lot of time talking to 17-year-olds about what is valuable in life and what is worth aspiring to. With the Rio games in motion, I thought, who better to look to than Olympic athletes for lessons on motivation, ambition, and expression of your greatest self? It turns out this event that captures the attention of the entire world holds some very specific clues for answering the Common Application's 2016-17 essay prompts.

1. Common App Prompt #1 on Your Background Story: In the breaks between Olympic events, in addition to seeing 40,000 commercials for McDonalds (the breakfast of champion athletes, to be sure) viewers are also treated to the extended back stories of their favorite Olympians. But why? We care about an athlete's history because how a person got to the Olympics - the challenges they faced and events that shaped their destinies - is just as interesting, if not more so, than the Olympic events themselves. No one wants to watch robots race -- we want to root for real, relatable humans. This is why your background story can be so important to your application. Show Admissions the humanity behind applicant #258.

2. Common App Prompt #2 on Turning Failure Into Success: There is a video going around the internet in which sprinter Derek Redmond, who had qualified for the 400-meter semifinal with the fastest time in his heat during the 1992 Barcelona Olympics, tears his hamstring about five seconds into his race. You watch him stumble in pain, and then, miraculously, he keeps going. Not only does he not give up, but he manages to completes a full lap on the track, ultimately with the help of his father, who runs down from the stands (even telling off a few officials along the way) to support his son. Redmond's commitment in the face of adversity showcases determination (he continues when he has no chance of winning), vulnerability (he is crying throughout during a worldwide broadcast) and the ability to accept help when he needs it (thanks, Dad). These are the kinds of qualities an applicant should aim to highlight in an essay about failure. How can you communicate to Admissions that even in the face of obstacles, nothing can stop you?

3. Common App Prompt #3 on Challenging a Belief or Idea: Jesse Owens was an American track and field athlete who competed, and won four gold medals in the 1936 Berlin Olympic games. Owens was also an African American athlete, competing in a country that was, at the time, under the rule and influence of none other that Adolf Hitler. What better way to fight back against unbridled hatred and crush the myth of "Aryan racial superiority" than to show up where you're not wanted and dominate your sport? Owens was also the first African American to secure an athletic sponsorship (offered by the founder of Adidas). While admissions officers are not going to expect you to have challenged the racist leader of a national movement, they are interested in hearing about ways you shook up the status quo, whether you did it quietly and privately or on a public stage.

4. Common App Prompt #4 on Describing a Problem You've Solved or Would Like to Solve: Imagine training for an Olympic bobsled race -- without snow. The problem solving skills of the first Jamaican Bobsled Team were so mind-blowing that Disney even made a movie about their journey to the Olympics. Just because you don't have the tools everyone else has at their disposal doesn't mean you can't have the same (or bigger!) goals and dreams and unorthodox methods for achieving them. How have you used creative thinking to get what you were after? How has problem solving helped you achieve your goals?

5. Common App Prompt #5 on a Transition from Childhood to Adulthood: One of my personal all-time favorite Olympic moments is the Kerry Strug vault - the one where, against all odds, she sticks the landing on an injured leg to secure her team the gold medal. And one of the most iconic images in Olympic history is one of Strug is being carried, post vault, by Béla Károlyi, her beloved coach. That pose has always been so striking to me because that magic landing was clearly a defining moment in Strug's life - and the image of being carried like a child always seemed like a symbolic representation of a childhood about to be replaced by endless TV interviews and cereal endorsements. You do not have to be an Olympian to have a moment that clearly stands out for you as one in which you felt like something shifted and your responsibilities and experience of the world changed. When did you start to feel like your life held the possibility for a new level of responsibility and accomplishment? When did you do something that finally made you feel like you had really, truly grown up? These are the things Admissions wants to know.