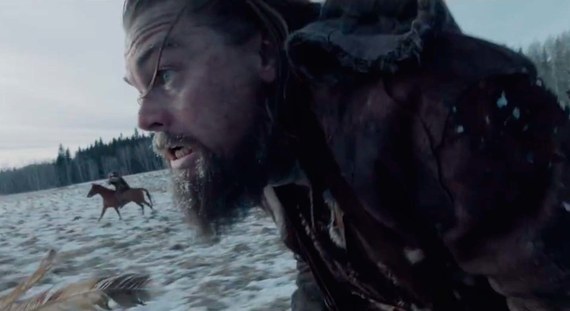 This week the world will be focused on the 2016 Oscars. The feature film The Revenant will get a lot of attention as it is up for best picture, actor in a leading role, actor in a supporting role, cinematography, directing, costume design, film editing, makeup and hair, production design, sound mixing, and visual effects. Unfortunately, what won't get any attention is the wound healing sector of healthcare, which is tied to the true version of this amazing story.

I recently had a chance to see the film starring Leonardo DiCaprio, who brilliantly brings the story of Hugh Glass to life. It's one of the greatest survival stories in American history and yet it would have never happened if Glass didn't have the knowledge that maggots could be used to heal his wounds. Our CEO at Wound Care Advantage, brought this fact to my attention earlier this year. Unfortunately, the film makes no direct mention of the role of wound healing in this epic story.

Stories of survival
Hugh Glass was an American pirate, frontiersman, fur trapper and explorer during the 1800s. According to Wikipedia, Glass is most widely known for his story of survival and retribution, after being left for dead by companions, following his mauling by a grizzly bear. In this one true historical story and in modern medicine, wound care is forever linked with survival. Patients fighting for survival, families and caregivers fighting for patients and hospitals and clinical teams leading the way forward in wound healing.

Working for a wound care services company has made me extremely passionate about taking every opportunity to educate the public about the dangers of non-healing wounds. We've come a very long way from having the only option of healing wounds be the use of maggots. Today, hospitals around the country are leading the wound care industry into a new frontier of survival with advanced treatments for patients that once were left with amputation as their primary option. 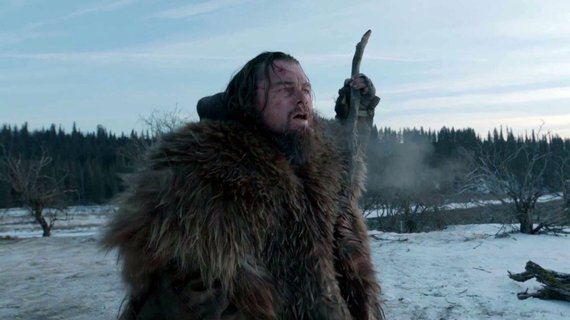 Treating his own wounds was key to his survival
It seems that Glass must have had an exceptional understanding of the science behind wound healing, most likely from his time spent living with the Pawnee Native Americans. According to Wikipedia, some time after the bear attack he placed his wounded back on a rotting log filled with maggots and let the maggots eat the dead, infected flesh, from the rest of his healthy body.
It is surprising that this aspect of the Hugh Glass survival story was not played up more in the film, as it was key to the rest of the story.

Why Was Wound Care Left Out?
Without spoiling the movie, Glass falls and stumbles for 200 miles to catch up with the men who left him dead and get revenge. This would have been unimaginable if those bear attack wounds had gotten even more infected and were not healing.

However, the movie may not have left out the maggots all together. There was a quick scene in the film where DiCaprio's character meets up with a Native American that administers healing. There was no mention of it but he may have placed some maggots on his wounds.
Still the question must be asked. With all respect to director Alejandro G. Iñárritu why would you not show Glass healing his own wounds in such a narley way? Maybe they thought showing DiCaprio sleeping inside of a dead horse was graphic enough. Perhaps it was a simple oversight or perhaps at two hours and 36 minutes it was left on the editing room floor. Regardless it takes nothing away from the fact that this was a beautiful film and amazing story.

Why wound care deserves your attention
Admittedly, the point of writing this article is to ride the film's success and reach a wider audience to stress how important it is to take a non-healing wound seriously. If I can help educate even just one person about the dangers of advanced wounds it is worth it.

Wound care patients often come to us already in bad health. Many times these patients are also fighting diabetes, obesity or P.A.D. But make no mistake, anyone can develop a serious wound. Too often in this niche of healthcare, patients wait too long to seek treatment and end up in the ER or hospital with advanced wounds.

In 2013 I wrote my first blog in the Huffington Post called, This is Wound Care, The Coolest Specialty in Healthcare. If you are interested in learning more about this corner of healthcare, I suggest that you give it a read. The people that I work with in our wound centers across the country are truly dedicated to providing the best patient care possible. Like most sections of healthcare we face a huge lack of awareness among patient populations.

Massive wound care costs
It's too costly to keep quiet about wound healing. According to DiabeticFootOnline.com, the cost of a diabetic foot ulcer is more costly than the five most expensive types of cancer.

While that is shocking enough, it doesn't even begin to address the emotional costs that people with amputations must face for the rest of their lives.
Not to mention that hospital acquired pressure ulcers (HAPUs) are costing hospitals far too much in inpatient stays. According the the Agency for Healthcare Research and Quality it is estimated that pressure ulcers cost $9.1-$11.6 billion per year in the US. The organization says that more than 17,000 lawsuits are related to pressure ulcers each year, and it is the second most common claim after a wrongful death.

Hospitals with trained wound care professionals and a wound care program strategy can greatly reduce the number of HAPUs they see each year, thus improving the lives of their patient population.