Volunteer life bursts with cultural faux pas, fruitless projects and second guesses. For two years, I felt like the joke was on me. Even on my best days in Senegal, the sudden scream of "toubab," a taunting word for foreigners, reminded me that my cheerfulness was jinxed, my presence perhaps unwelcome.

In West Africa, I confronted the toubab version of myself, a self previously foreign to me that was lethargic, cynical and at home with failure.

For a long time I hesitated to admit that I felt incompetent as a Peace Corps volunteer. I felt that if I expressed my suspicion that I was inept, it would confirm criticisms that the program itself is irresponsible and presumptuous. I signed up largely because I saw myself as a go-getter and I wanted a challenge. I have a childlike loyalty to getting things right; I lack a cleverness for bullshitting. Yet these traits, from which I had previously derived strength, became the source of my immense heartbreak.

I did extra work in my demonstration garden only to find out later that agriculture agents resented me for it. I had lengthy, optimistic conversations with a village chief about starting a community garden only to discover that I misread his reaction and that he was, in fact, against the whole endeavor. 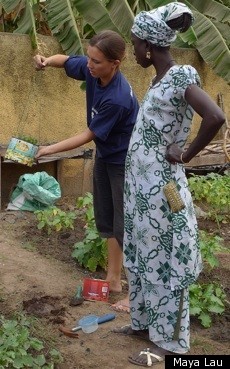 When a project faltered, I wondered if I should blame the cultural difference or my language skills, my lack of expertise or my accidental impropriety. I never knew for sure.

And yet, seeing my confidence unravel was helpful. Maybe everyone needs a period in their lives when they barely recognize themselves.

The story that Peace Corps volunteers like to tell -- and Americans like to hear -- is one of urgent and awe-inspiring work. Americans like to feel that at least someone is out there fighting all those incomprehensible African problems.

This narrative is too simplistic.

As the Peace Corps celebrates its 50th anniversary, some still find it hard to put a finger on what exactly the program achieves. There are both quantifiable yields, like number of wells dug and trees planted, and unquantifiable gains, like the intimate bonds volunteers make with people all over the world.

One benefit of the program that is never trumpeted (and likely never will be) is that it produces a group of young Americans who understand failure.

"Failure is not an option," according to the locker room poster likely brought to us by the same people who birthed "Impossible is Nothing." Americans are immature when it comes to honestly accepting failure and maybe that's why so many of us lack the emotional depth to make sense of it.

We all have failures, yet we bury them in the folds of our pasts as curious gaps in our résumés and cryptic replies to direct questions. If we are unable to emerge triumphant, our failures eat away at us.

My Senegalese comrades are less brittle. They admit freely that their lives are full of fiascoes, delays and disappointments.

When I asked locals in Pulaar how work was going, I didn't often hear: "Oh, just fine!" Instead, the response was a more honest, "I'm trying, little by little." It seems to me that growing up with unpredictability has better equipped the Senegalese people to persevere in the face of real obstacles. 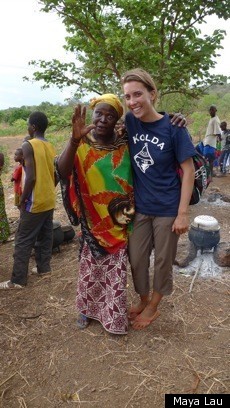 The same barriers Senegalese people manage to climb over regularly ended some of my projects. When I tried obtaining a grant for a women's farm, the land rights had to first be legally transferred to the women themselves. While the paperwork lingered in a government office, I foolishly kept preparing for the project that would never be, blocking off months in my calendar that I would devote to it. Meanwhile, the women moved on, continuing their own, smaller version of the farm they wanted. They knew not to rest their hopes in government offices and the men who shuffle within them.

I don't mean to give the impression that Peace Corps volunteers don't accomplish anything. We do a lot of the things other aid organizations do, but our version is less grandiose: We hold small-group trainings on childhood nutrition and organic pest control. We help small businesses grow, often through a series of one-on-one interactions. Our hyped-up expectations of success are often quashed--we learn quickly that smaller is better.

I survived two years in the Peace Corps. My proudest accomplishment during my time in Senegal, one that can't be expressed on a résumé, is how much I grew up.

I now know that no occupation, despite my generation's obsession with passion-following, is without compromise or disappointment. And I know that failure, despite its negative connotations, takes practice.