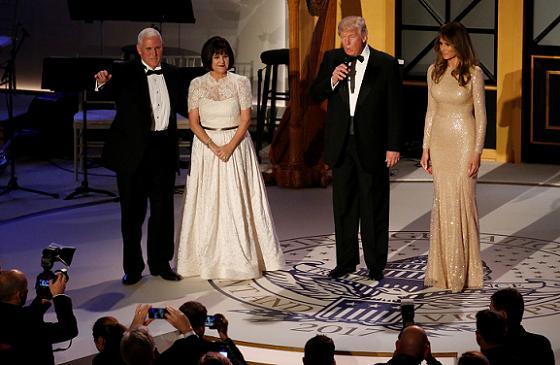 Tensions around the inauguration are of unseen precedence. This is a telling moment for us all.

In the days before Donald Trump's inauguration, we have been witnessing displays of extreme resistance by many trying to somehow find a way to prevent it.  Almost 200,000 women will be marching on Washington alongside other protest groups, which are planning to disrupt the inauguration and damage property.

In addition, we have been hearing about false news of Trump's connections to Russia, celebrities snubbing invitations to appear, and some are even calling for a military coup that would prevent Trump from becoming president.

These unprecedented acts of resistance represent a significant phenomenon taking place. To me, it is much less about politics and much more about understanding human nature and social behavior.

By scrutinizing the process at hand, we will all benefit by better understanding ourselves and, in turn, understanding how we can build healthier societies that are more cohesive and balanced.

The Real Issue at Hand

Nicolas Fitz writes in Scientific American, describing the inequalities in American society, that "There is a great divide between our beliefs, our ideals, and reality."

This gap between what we say and what we actually feel and do is now exposing itself, and for many, it's not easy to swallow.

If people who stand for democracy, pluralism, and free thought cannot accept others who speak, think, or vote differently, or if people who stand for minority rights, kindness, and compassion actually cut off their family members for having a different opinion;  then the values they were upholding mean nothing.

The ideals of liberalism were supposed to create a more just society, but they haven't. In reality, what we have today is an extremely polarized society alongside extreme economic disparity.

Letting Go of What Wasn't Working

As liberalism takes its last breaths, understandably many people just cannot accept it. They are fighting this change with all their might, sensing that something that has defined them and that has been indoctrinated into their mindset is being severely threatened. However, we must see that this fight is futile. What is now ending isn't really that worth hanging on to.

When looking at the world that Trump must face as president, we see a crisis-ridden reality. Under the liberal pretense of civil rights and freedoms, America has reached a point where socioeconomic gaps have become outrageously wide. The United States has now become the most unequal of all Western nations.

Three studies, published over the last several years in Perspectives on Psychological Science, show that people have no idea how unequal American society has become. The top 20% of US households own more than 84% of the wealth, and the bottom 40% combine for a measly 0.3%.

Racial tensions have risen, too, as campuses became hotbeds of anti-Semitism;  and the "Black Lives Matter" movement entered campus culture, bullying anyone who challenges them. Paradoxically, intolerance of those who think differently has become the new normal for the liberal culture so self-deluded and blind to its own faults that it has created a social code closer to fascism than anything else.

In Europe, Liberal leaders such as Angela Merkel simply could not foresee how open-border immigration policies would bring Europe to a crisis that would transform it completely, politically and socially. Governments and the politically correct media concealed actual migrant crime rates and sought to silence anyone who would name the problem for what it is. This tragic approach has brought Europe to a crisis no one knows how to solve, and to rising nationalistic trends.

Even the Dalai Lama, widely considered a humanitarian leader, has pointed out the flaw of this thinking, and yet it's as though leaders were simply incapable of acting differently under the constraints of the liberal straightjacket they were wearing.

This disconnect from reality has been going on for quite awhile, but the world had reached such a dangerous point, that generals were openly preparing the public for an inevitable World War III just weeks before the US election. We should all feel very lucky to have been spared for now; thanks to a much needed wakeup call and change of course.

Trump as a Revelation

Trump, imperfect as he is, signifies the breaking away from the previous approach that has been failing the world so badly. He represents the cutting away of pretense and a returning to pragmatism that may cater to the actual needs of people, not ideas.  That's why Americans voted for him. They were tired of being forgotten in a culture of philosophical ideals and empty rhetoric. Pretty words could no longer hide the ugly truth of America's socio-economic reality.

The election campaign and the last weeks of Obama's presidency revealed even more of the true sentiment behind those lofty words. Polls have shown themselves to be useless.  Media outlets are viewed as tools for manipulating public discourse and opinion. The fake news phenomenon has crystallized the feeling that we just can't trust what we are being told.

The great revelation of our culture's egoism is at hand. There is no bastion of truth left standing. Egoism is being revealed not only as the driving force of our economy and politics, but as what truly separates us from one another. The political divide has become the most prominent one, but it's not the only one. Our egos have been growing out of hand and making our relationships more and more difficult on many fronts, social and personal. Marriages, families, work relations, friendships, and our personal well-being, have suffered.

However, this is actually an important revelation. In Kabbalah, it is referred to as "the recognition of evil" (hakarat hara), which is the preliminary stage before true correction can take place.

The Light at the End of the Tunnel

As the current paradigm of exploitation is ending and many are forcefully trying to resist it, there are greater forces at play that no one can hold back.

With the technological revolution that is replacing human workers with robots and automation, a new socio-economic order is imminent. As Guy Standing writes in The Guardian, Universal Basic Income is becoming an urgent necessity.

Standing also explains that, basically, everything that does not involve significant social skill or generalized intelligence is potentially automatable. The New York Times columnist, Thomas Friedman, recently said in an interview: "Connecting people to people will be a huge job. ...I think that the best jobs will be people-to-people jobs. We're going to see a whole new set of jobs and industries around the heart, around connecting people to people."

Reality itself is pushing us towards a focus on people, and towards greater cooperation. Therefore, it doesn't matter which side of the political spectrum you are on. We will all need to focus more on strengthening human connection to survive the changes that are inevitable in our society's evolution.

Going With the Flow

The incoming Trump administration surely acknowledges that times are changing. It is no coincidence that hi-tech giants such as Elon Musk and Travis Kalanick have joined Trump's Strategic and Policy Forum. These two Silicon Valley visionaries are at the front of the IT revolution as well as the call for UBI in the future US economy.

We have yet to see how governments handle the growing need to supply income as well as meaningful occupations for those out of jobs. As "people-to-people" jobs take precedence, and social skills become more and more necessary, we will need to retrain ourselves in these fields. I have written about the infrastructures of education that will be required to cultivate this new culture of positive human interaction we are now being propelled into.

Learning to Work WITH Egoism, Not For It

We must not wait for change to happen; we need to help make it happen. Instead of fighting and resisting, we should learn from our mistakes and become innovators that lead the way to the kind of societies that we truly want to see.

First, we need to acknowledge that it is our growing individualism and self-interest that has been putting us out of balance. One of the most striking examples is how we throw out massive amounts of food, while so many people go hungry. It's not that we are not intelligent enough as a species to find solutions and to take care of everyone's basic needs - it's that self-interest simply gets in the way.

Next, we need to learn how to work with our individualistic tendencies in favor of the whole, rather than at its expense. This practice of seeing the greater collective benefit rather than the narrow and selfish benefit has been the objective of generations of Kabbalists who had perfected a method of transformation to share with humanity.

It is a practical method that teaches how to genuinely rise above differences in opinion and perception, so as to enhance our relationships and enable cooperation. The ability to connect in mutual care for the sake of a shared purpose is greatly lacking in today's culture. It is now becoming crucial that we instill it within us, to create a sustainable future.

In recent years, the Arvut (Mutual Guarantee) Movement, founded by my students, has been conducting Round Table events and Connection Circle sessions throughout the world with resounding success. These two techniques, on which I elaborate in my book, Completing the Circle, implement the principle discovered by Abraham the Patriarch and perfected by his descendants and disciples: "Hate stirs strife, and love covers all crimes" (Prov 10:12). Our differences will remain, but we need to learn how to appreciate and complement each other nonetheless.

Most of all, if we wish to live up to the values of openness and mutual acceptance in our societies, we need to replace ideologies with actual practices.

Natural developments are pushing us away from the dangerous philosophical idealism that is disconnected from reality, and towards a more pragmatic approach in which we create and practice the kind of human relations that allow for more cohesive and balanced societies.

I recommend that all those who wish to see better times ahead (regardless of whether they call themselves liberals or conservatives) prepare for a new era where human connection is our highest priority. Such a change of perspective would significantly help not only America, but also the world at large.