I came to Cuba to learn how a friend runs a top-rated place to stay on the island. I left with the pick used by Keith Richards to play the first song of the Rolling Stones' historic free concert in Havana, selfies of our posse grooving next to the stage, and having chatted with Grammy Award winning music professor Rob Bowman of York University (whose interviews with the band members became the basis for the book According to the Rolling Stones). Here's his review of the concert again. 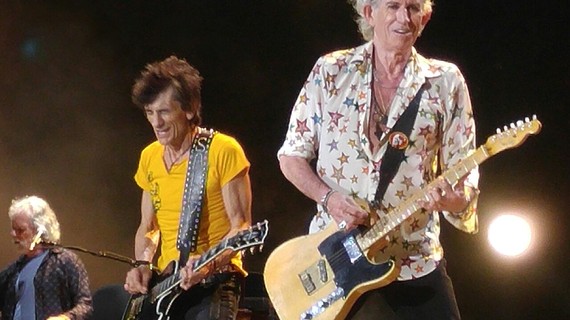 By popular demand, here are two quick and generalizable take-aways of what it takes to create and grow (at last check) the No. 7 rated specialty hospitality business in a rapidly changing economy, and what Rodolfo's Casa Caribe has in common with one of the most iconic acts in popular culture:

1. They love what they do. Professor Bowman echoed what others have observed about the Stones: "they don't need to be doing this -- they absolutely love performing." Similarly, Rodolfo's motivation and drive comes from genuine love for hosting guests: "I wanted to see the world but could not, so I brought the world to me." He and his partner actually skipped the Stones' free show out of exhaustion and the need to wake-up early to prepare breakfast for guests the next morning. That's love and sacrifice and attention to one's calling! 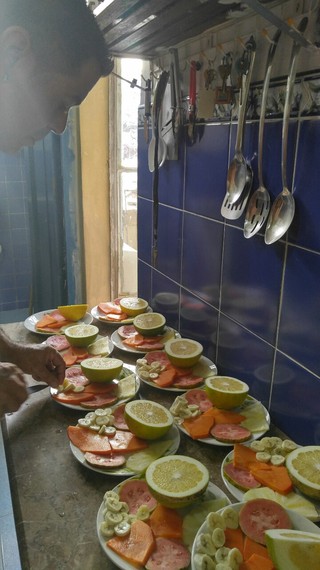 2. Behind the scenes is a relentless work ethic. What's less obvious in both cases? That there is discipline and a ruthless dedication to detail and craft. According to Professor Bowman: "Jagger spends 4-6 hours per day prepping just dance moves before a tour, not counting other rehearsing." Similarly, it is not unusual for Rodolfo and the closest members of his team to be attending to guests' needs and itinerary planning and tidying-up during the day and past midnight, and then to be up at 5am taking care of guests all over again. 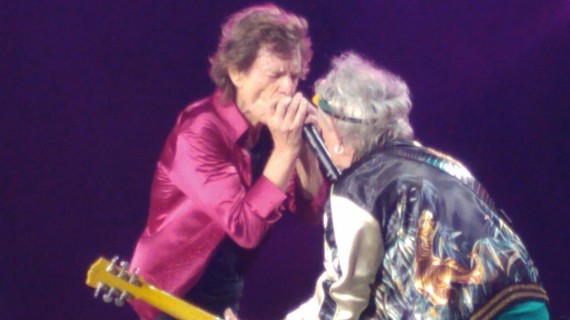 Upon further reflection, these are the two characteristics that have made practically anyone a success in any endeavor, including the arts, business, science, philanthropy, public service, attaining spiritual wisdom, sports, teaching, and raising a family.

Come to think of it, another embodiment of these two traits is Professor Bowman, who was asked to interview the Stones after Keith had read his carefully researched history of Stax Records. I asked Bowman: "how do you interview Mick, who's been asked the same things a million times?" Bowman's answer: "Preparation. A lot of preparation. Watching dozens of hours of video of him in concert dancing, and reading about how he's prepped his stage moves from the start of his career. I was able to ask him about some movements that seemed new, and he engaged with me on where he found ideas, saying 'This is quite interesting. No one has ever asked me these questions before.'" Again: love for one's calling combined with a relentless work ethic tends to yield unusually good results. 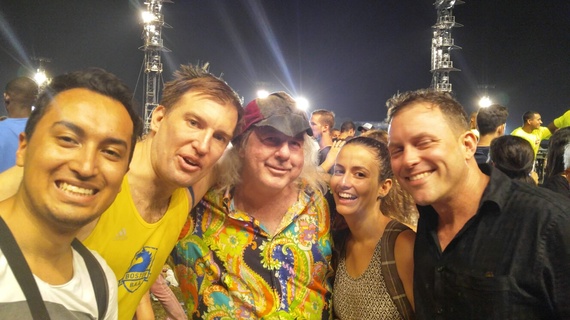 May you also find your passion -- a joy in whatever it is you do -- and a drive that sustains you in your quest for your own unique choice of stardom. And also... 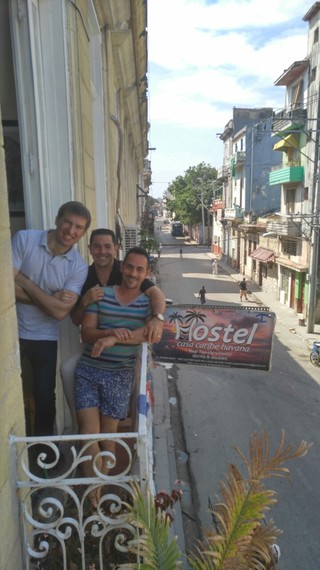 If there's ever a spare t-shirt for VIPs thrown your way from backstage, may you catch that too, or better yet, may you end up a VIP in the eyes of the fans that matter most to you! 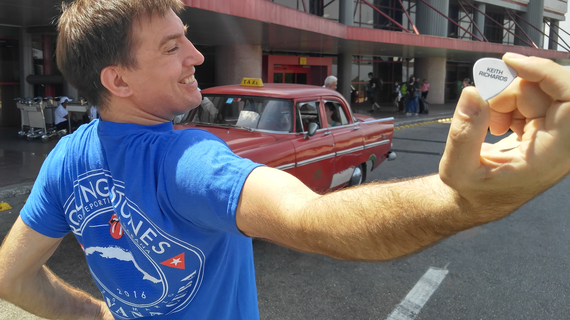 Keep an eye out for a teaching case study with more details about Rodolfo's story of starting-up and growing his business in Cuba! 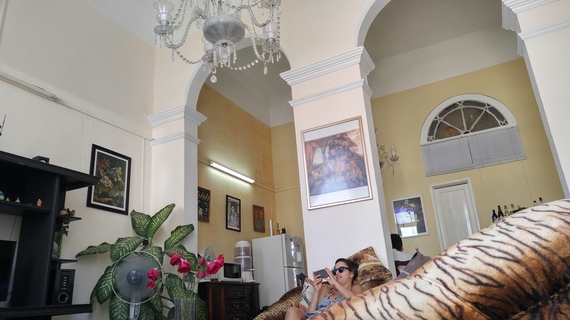