If you grew up a member of any religious minority, it's common to have a celebrity or two that you love to claim as your own. Zoroastrians can claim Freddie Mercury, Pentecostals can claim Elvis and both Seventh-day Adventists and Jehovah's Witnesses can claim the man known to many simply as Prince.

Prince Rogers Nelson died at his massive purple-appointed estate known as Paisley Park in Chanhassen, Minnesota last week. He was 57 years old. But by now, if you don't already know that you probably live in a remote Siberian outpost and are not reading this article. 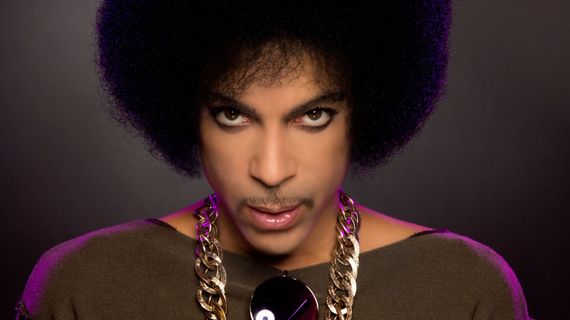 Most people don't know much about Prince's spiritual beliefs because he actively worked to keep his life and career enigmatic and mysterious; he used a symbol instead of a name to become "The Artist Formerly Known as Prince," (which ultimately seems to have been a very clever way to get out of a somewhat oppressive contract with Warner Bros.) and he was not one to either smugly laugh at religion or "give it up to God" at awards ceremonies.

Despite the overriding sexuality in his music and performances, he was unquestionably a man of faith. Prince grew up as a Seventh-day Adventist and from the following example, it would appear that he embraced it.

When he was a child, he often suffered epileptic seizures. One day he reportedly told his mother he simply wasn't going to have them anymore. When she asked him why he was so certain he responded, "Because an angel told me so."

Although Prince celebrated sexuality and was know for his suggestive movements and lyrics he was actually more inclined to share the gospel with people than discuss his nocturnal habits. Seventh-day Adventist influences found their way into his music. It is especially noticeable in his "Sign O' the Times" album, which is undoubtedly influenced by the Adventist publication, "Signs of the Times." In a track from that album in a song entitled "The Cross" he wrote and sang:

No love, no hope in sight

Don't cry, he is coming

Don't die without knowing the cross

Ghettos to the left of us

Flowers to the right

There'll be bread for all of us

If we can just bear the cross

He remained a deeply religious fundamentalist Christian throughout his life. Rumors have long circulated in the Seventh-day Adventist community that he attended Oakwood University, an historically Black Adventist college, for a time. While I could find no official records of his matriculation (and I had my own father working his social media channels to find former classmates who claimed to have been classmates of Prince's at one time) there seem to be quite a few folks who know someone who knew someone who roomed with him in the dorm or saw him in line in the cafeteria. Definitive proof remains elusive (thanks for nothing FERPA... But I kid). So if anyone reading this article can offer any evidence of Prince's time at Oakwood or disprove it all together please come forward.

Much of his music reflected his religious convictions, though in his own unique way. He seemed less interested in any judgment Christianity had to offer but rather he seemed drawn to the inclusiveness and social teachings of Christ. Of course, due to his untimely passing truly understanding his unique faith will have to remain speculative at best.

Somewhere along the line his Seventh-day Adventist upbringing and respective beliefs morphed into a very personal view that many fundamentalist Christians might find odd. In 2001 he found a fit with the Jehovah's Witnesses, converted and actually went door to door proslethyzing. I can only imagine how I might react if I opened my door one afternoon to find the 5'2 pop icon, atop his famous heeled platform boots, clothed in a purple velvet suit, festooned in a wide-brimmed fedora, handing me a copy of the "The Watchtower" and asking me if I had heard the good news.

Conversion from the Seventh-day Adventist Church to the Jehovah's Witnesses is not common. The Jehovah's Witnesses have a very strong and sometimes controversial dogma, specifically with regard to their beliefs about blood transfusions and holidays whereas the Seventh-day Adventists don't and place a heavy emphasis on health and accessing medical care. Rumors abound that the reason Prince started using a cane in recent years was due to his need for a double hip replacement; a surgery that was required to address injuries he had self-inflicted from dancing on stage in heels for so many years. However, as the story goes he refused to have said surgery because there was no way to perform the procedure and guarantee he wouldn't need a blood transfusion.

He was a vegan. Whether that dietary practice stemmed from his Seventh-day Adventist upbringing or his interpretation of beliefs regarding blood in the Jehovah's Witness faith remains a mystery. Prince always did things his own way so his vegan diet may have simply been a philosophical decision.

When asked by the New Yorker why he became a Jehovah's Witness, he replied, "I don't really see it as a conversion. More, you know, it's a realization. It's like Morpheus and Neo in 'The Matrix.'" I have never heard the transition from Seventh-day Adventism to the Jehovah's Witness faith described in terms of "The Matrix". But hey, it was Prince.

So this week the world says goodbye to the man, the myth, the legend, of Prince. Both the Seventh-day Adventists and the Jehovah's Witnesses bid farewell to one of their fellow brethren and the social media boards continue to search for that elusive clue as to whether Prince actually did spend a semester at Oakwood College.

There's probably not much more to say now other than to press play on your favorite of the the Artist's tracks (mine is "When Doves Cry") and say "Goodnight sweet Prince..."