On first listen, the country-ish pop hit "Honey, I'm Good" by Andy Grammar shouldn't appeal to us in the slightest: Some douchey pop star with a pompadour calling the waitress "Honey" and commenting on her amazing ass and how much he'd love to go home with her, while, in the same breath, telling her he's happily married. Yeah, we've heard that pickup line before. So you might expect us to take down this song, just as we have "Blurred Lines," "Rude," and "Baby It's Cold Outside" in the past.

And yet. If you can get past all the "Honey"-ing and the ass/legs comments, it's actually kind of a genius comment on what it means to work at marriage and monogamy. Here's a sample of the lyrics:

Nah nah honey, I'm good
I could have another but I probably should not
I've got somebody at home

It's been a long night here, and a long night there
And these long long legs and damn they're everywhere
(hold up now)
You look good, I will not lie
But if you ask where I'm staying tonight
I gotta be like oh baby, no baby, you got me all wrong baby
My baby's already got all of my love

Now better men, than me have failed
Drinking from that unholy grail
(Now check it out)
I've got her, and she got me
And you've got that ass, but I kindly gotta be like
Oh baby, no baby, you got me all wrong baby
My baby's already got all of my love

In other words, monogamy is not something that should be put to the test -- it's something that should be protected and guarded over. No matter how much you love your spouse, if you're drunk as a skunk and in a strange town and a beautiful stranger wants to take you home, no strings attached, it's really hard to say no. Of course, it's still hard to say no when you're sober, but it's a hell of a lot easier.

And why would you put yourself to that test? It doesn't mean you're a bad person if you're afraid you'll be tempted. As Andy Grammer sings, "Better men, than me have failed / Drinking from that unholy grail." Good people do bad things -- like cheat on their spouse -- when they're under the influence. You may be completely satisfied on the home front, but the temptation for something different is hard to resist. And monogamy is a vulnerable thing, despite that rock solid circle of gold on your left ring finger.

And you know how we know that Andy Grammer gets all this? Because the video for his song (above) features not a single guy in a bar attempting to pick up a woman. Instead, it features real-life couples (or at least, real-seeming married couples) lip-syncing the song and holding up signs stating how long they've been together. It features straight couples, lesbian couples, gay male couples (there's even a gay male cheek kiss!). Some couples are fresh-faced, others have kids, and still others are wrinkly and old. The one thing they have in common? They're all still into each other. Yes, even the oldies -- the old age pensioner ass grab is our favorite part!

So, whatever you think about guys with hipster pompadours and men who refer to waitresses as "Honey," think about this song next time you're out past midnight, without your other half, and someone tries to convince you that one more drink couldn't hurt. 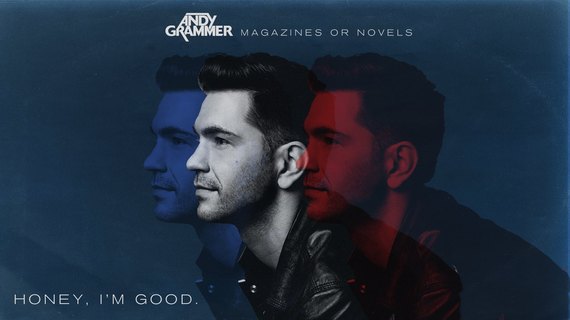 More:
weddingsAndy Grammermusic videosMarriagemonogamy
Newsletter Sign Up
A weekly guide to improving all of the relationships in your life
Subscribe to HuffPost’s relationships email
Successfully Subscribed!
Realness delivered to your inbox