The South Side of Chicago is one of the most absurdly neglected areas of the city. I like to say, "When the streetlights go out in Lincoln Park, they are fixed the next day, when they go out in Garfield Park, bring flashlights." People in power simply can't be bothered to funnel resources a region that doesn't have obvious economic advantages, and so the vicious cycle of poverty continues. The South Side doesn't prosper, so it can't prosper. In the words of Common, one of Stony Island's favorite sons, "Why do I need ID to get ID? If I had ID I wouldn't need ID."

Where did things go wrong? Shortsighted cynics can point to violence and drug use, which have escalated rapidly with the recession, but those are the symptoms, not the cause. Things seemed to take a left turn in the 1960's. Was it the poorly executed Robert Taylor Homes? Or perhaps it was I-94 dividing the city in half, further isolating the rich from the poor? Whatever the reason, the South Side continues on a downward spiral that hasn't garnered much urgency or attention (other than from a few non-profits, or the network news looking to capitalize on sensationalism of Auburn Gresham becoming one of the deadliest neighborhoods in the world in 2010). Even Michelle Obama's celebrity status can't bring much influence to the decaying region.

I love exploring Chicago neighborhoods, so when driving through the South Side to my home in Logan Square I avoid 94 and take meandering routes past the stacked railroad cars on 47th or industrial corridors near 76th. What I see is inexplicable: a lack of small businesses, which means few job opportunities, boarded up homes, empty street corners, and nothing to eat for miles but fried chicken and cheeseburgers. This is distressing in a country as wealthy and progressive as the United States. This is unacceptable in a state that has some of the deepest pockets in the world. This is flat out ridiculous in a city where, just to the north, sprawling estates and pedigreed public schools are the norm and not the exception.

And the irony is, if the South Side was doing well, the North Side would be doing even better. Every Chicagoan from Rogers Park to the Gold Coast would be thriving if we lifted the South Side up. Wealth begets wealth. To neglect more than 80 city blocks from end to end is the definition of the word failure. We have failed to foster our own success as much as theirs.

After spending the last three weeks keeping abreast of the uprising in Egypt, it hit me while I was brushing my teeth. I wish for once and for all the some-odd one million people who live below the 30s would rise up like those who made waves in the Middle East. I don't mean looting or violent protests. (Definitely no tire burning, please! We are in an environmental crisis, after all. Try burning some sage or wielding torches instead!) What I do mean is a mass of stubborn, banner-carrying citizens who have had enough shutting things down in the Loop. Marching from the Wild 100s to the Office of the Mayor and the Board of Trade. Not taking "No" for an answer. The moment seems so ripe with a new mayor on the horizon. Let's take this opportunity to grab the City of Big Shoulders and shake it to attention.

The South Side has so much to offer; the Apartment Lounge on 75th hosts the best jazz in the city in an eclectic environment. You can get a doughnut as big as your face at Dat Doughnut near 82nd, or go old school rollerskating to James Brown remixes at the rink on 87th. The Chicago style at the Skyway Dog on 95th is yet to be beaten. Bronzeville's Historic District is full of gorgeous turn-of-the-century architecture. The parks and boulevards from 57th to the South Shore Cultural Center are some of the most exquisite in the city. The culture and people are among the most vibrant in the nation. Yet we've allowed them to fall into decay through sheer greed and ignorance. 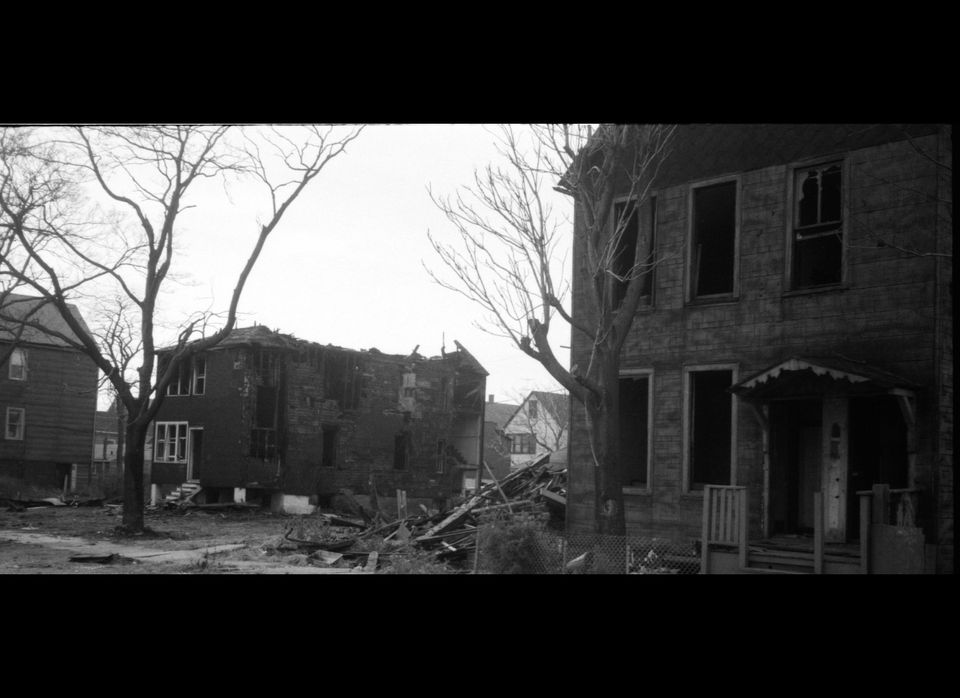