Considering all the time we've spent looking at art, we're ashamed to say we've never quite considered what exactly they are looking at.

Enter Masashi Kawamura and his tumblr "What They See," which captures the world from the perspectives of famous artworks, inviting us to see through their (painted and sculpted) eyes. Spoiler alert: It's mostly other artworks, windows, or the artwork's own crotch. 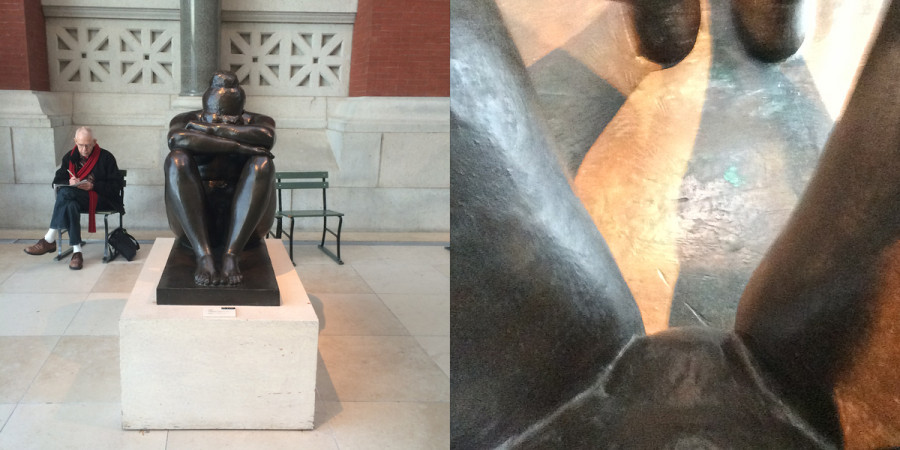 Kawamura explained to Hyperallergic how he was inspired to begin the project when his "eyes met with the ‘Study of a Young Woman’ by Vermeer" and he became "curious how she and the other ‘arts’ saw us." Through his project, Kawamura turns inanimate artworks into "characters living in the museum."

Ever want to experience life from the POV of a Modigliani muse? Take a look below and let us know your thoughts in the comments.