Physical fights are one thing I've always had a hard time understanding.

I come from a non-violent music family. The few fist fights I witnessed growing up came from either anger, exploding emotions, or alcohol, so it was always clearly a side-effect of a deeper problem. I also never got a chance to appreciate fighting as a sport. My only connection to Martial Arts was the movie "Karate Kid."

I have three sons, and despite my desire to bring them up without fighting games or toy weapons, they always loved to wrestle, rough-house and find sticks that look like guns and pretend to be warriors. Eventually, I gave up trying to prevent them from channeling their inner 'fighters' and even took them to laser tag and nerf war games.

Recently, a friend invited my 10- and 13-year-old sons to the "awesomest" nerf war in the area, at local gym and martial arts center MPact Sports in Franklin, TN. My sweet boys came back raving about the fun they had.

"The best thing of all?" I asked. "Mr. Eric!" they unanimously agreed. "He is in charge of the whole thing, and he dresses up and he sets up the teams, and he is just awesome," said my 10-year-old with an excitement that made me question my decision to encourage the "war" game, since I really would prefer them to let out their energy by dancing or kicking a soccer ball.

"Mr. Eric was a world champion and he has a black belt," my 13-year-old reported. "I think he has a good story."

A few weeks later, we're setting up our cameras on the floor of MPact sports to interview Eric for Waking Up In America. Eric's wife and CEO of the gym, DeeAnn, brings me a white dobak to wear. I look at my DP and he shrugs his shoulders as if to say this wasn't his idea.

But when I change into it and look at myself in the mirror some sleeping tiger inside of me wakes up, and for a moment I feel a desire to leap, kick and be unafraid of getting hurt. I ask Eric to show me some moves and take me down. He is careful and the floor is soft, so I giggle and enjoy myself, but then put the tiger back to sleep.

"Since my name is Tajci (and it sounds like Tai chi, the martial art) I am taking Tai Chi," I tell Eric with a bit of pride. "I had too much aggression for Tai Chi," Eric says matter-of-factly, not hiding it. "Couldn't do it."

Eric is a fighter. He started out as a street fighter, hanging out with the kids on the "wrong side of the tracks" -- robbing houses and cars, stealing and fighting. His mother fell ill when Eric was 11 or 12 and died several years later. His father "wasn't interested in family" and offered very little guidance to Eric, who says he was left to justify his actions on his own.

When he tells me how they would "get arrested from time to time," I actually had to interrupt him and bring the reality of it into my understanding. I want to cry for this child who was out there getting deeper and deeper into trouble without guidance or love that he could recognize.

During one arrest, a police officer presented him with a choice -- jail or martial arts.

It took Eric some time to learn how to train in class and build the discipline that all great fighters posses.

After many years of serving as a "feeder fighter" at a gym in Nashville, Eric got a chance to fight himself and even won a world championship. In the winning moment, looking at his capitulating opponent, Eric experienced a turning point that shifted him into a new life and helped him to see that Love had always been there.

Eric's story is one of forgiveness and overcoming the tremendous amount of obstacles on the path that eventually led him to carry the torch at the 1996 Olympic Games in Atlanta.

As a loving husband and father, a man filled with faith and an awareness of God "moving his life along," Eric eventually became a mentor and teacher, and he now offers guidance to kids by helping them to build their self-esteem and learn self-defense. His experience allows him to have a profound impact on young lives.

As we wrap up the interview, Eric tells me a story of a kid whom he helped shift from being a bully into becoming a balanced and successful person. I sense his gratitude for having this chance to pay forward what he received from the police officer who, years back, played the same part in his life: not discarding him as a "troublemaker," but seeing his potential and natural gift for being a fighter.

Before I leave, I hand my dobak to DeeAnn (whose performance of Wayfaring Stranger in our episode moves me to tears). I ask her if Eric teaches "family" classes that I could attend with my boys. I would love to learn and understand more about the fighting side of our human nature. Perhaps I'd even consider awakening the sleeping tiger inside me. She smiles at me and says: "Of course! And I'm sure you would love it."

Eric Melton is the owner and head of martial arts at MPact Sports in Franklin, TN. A former Kickboxing Champion and a black belt, Eric works with children and youth to inspire them to develop their physical but also spiritual abilities.

DISCLOSURE: I did not receive any complimentary classes or gym passes in the process of writing this blog.

Street Fighter Kickboxing Eric Melton Tajci Waking Up In America
This Blogger's Books and Other Items from... 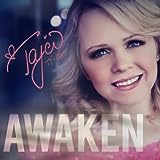 Turning Points: A Collection of Essays and Interviews (Waking Up in America) (Volume 1)
by Tajci Cameron