Tax season is behind me...what do I do to prepare better for next year? Managing tax liabilities starts with the understanding that taxes are inevitable and must be paid. With the understanding of three key concepts, avoiding, deferring and conversion, one can greatly reduce future liability. 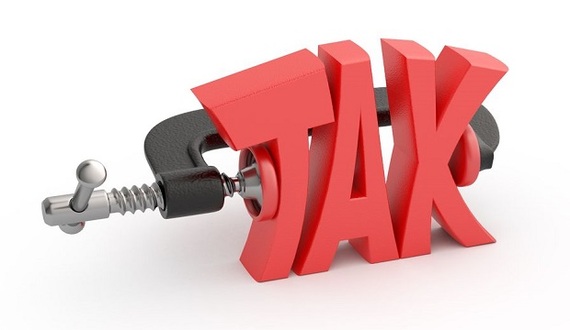 This is not a suggestion to use tactics that are illegal. We are not trying to evade taxes but rather avoid them by using exclusions, credits and certain deductions to legitimately reduce liability. Exclusions involve income that does not have to be reported such as interest on municipal bonds. Municipal bond interest may provide an investor the opportunity to have an income stream from his or her investments, at a risk level that is appropriate, without the additional expense of tax liability. Most fixed income investments such as CDs, corporate bonds and U.S. Treasuries are designed to pay out interest income as the form of return to the investor which are taxable. Avoiding tax involves producing a permanent reduction in tax liability. Credits provide dollar for dollar reductions in tax liability. Qualifying child care expenses are an example. Finally, deductions such as alimony paid will reduce taxable income on a permanent basis. The key is to identify those exclusions, credits and deductions that apply to your specific situation.

This concept allows for the taxpayer to get a current tax liability reduction by shifting the liability to be paid into the future. It is a postponement of paying taxes rather than an elimination of paying the tax owed. Using these techniques may provide for the ability to pay lower tax rates in future years where earned income is lower than in peak years. One of the more commonly used strategies is contributing the maximum allowable amounts to tax deferred retirement plans that produce no tax liability on the amount of income earned to make the contribution (ex: IRA's and 401ks). The taxation on the growth of the assets can be deferred until a future date when those assets are used to generate income to live on in retirement. Other vehicles such as Roth IRAs allow for tax-free distributions in retirement; although the contribution is not tax deductible when made, it still provides for tax free growth of the contributions in the plan. Deferral of taxation during the deferral period allows for more money to be working for the individual to accumulate wealth.

Taxpayers need to understand their specific situation and seek advice from there advisors to craft the right plan. There is work involved, but it may ultimately reduce your liability which increases the amount of money you retain and utilize.

About the Author: James Liotta is President of Prominence Capital GP, LLC. James has over 12 years experience in investment management. In 2002 with UBS PaineWebber in Los Angeles as a Financial Advisor, he became the third member of a three person team specializing in options strategies, small capitalization stocks, municipal bonds, and risk management strategies. In 2005 he was recruited by Merrill Lynch and later again recruited by Wells Fargo Investments where he provided detailed financial plans and managed the portfolios of High Net Worth Individuals and Corporations specializing in risk management. James has a BS of Science from Northeastern University. He earned an MBA in Finance from the University of Southern California Marshall School of Business. At the Marshall School of Business he also attained the Graduate Certificate in Financial Analysis and Valuation. He has also achieved National Social Security Advisor Certification. Follow James on Twitter @James_Liotta

Here’s Why Your $600 Unemployment Benefits Expired