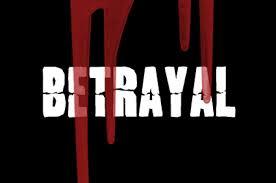 Last month two longtime friends broke trust. One offered to do something vital for me, didn't, and didn't tell me. Another shared very private information about me with a stranger. I don't know which felt worse.

Remember one time when you felt betrayed?

Recall that hot flush of recognition when you first realized that someone you knew very well would act one way and didn't? What to do? How not to become bitter or wary? Funny how one betrayal is often closely followed by another wrenching experience -- or so it seems. Even if your life is on a fairly even keel, one trust-breaker situation makes the second one hit harder -- if we let it. 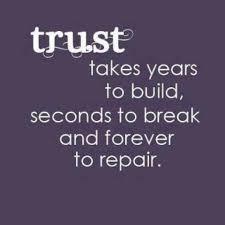 "Sometimes you cannot believe what you see; you have to believe what you feel. And if you are ever going to have other people trust you, you must feel that you can trust them too -- even when you're in the dark. Even when you are falling," Morrie Schwartz told Mitch Albom.
My first reaction was to re-run the wrenching situation in my mind, over and over, digging a deeper rut in my memory. Dumb. Right? Those scenes dominated my thoughts more than other recent, joyful moments with others.

Consequently I instinctively viewed others through a cautious, constricted-heart lens. That begets a self-fulfilling prophecy. People feel put off. We've all faced mind-grabbing breaks of trust, and will again. Conversely, each of us, at some time or another, have betrayed another's trust and dodged rather than rectified the situation.

For more than a decade, I've studied, taught, and written about focusing attention on the positive parts of every interaction. Yet, like breathing, it isn't a one-time practice.

Getting back to equilibrium means letting go of a better past. Every negative action comes from the root feeling of fear. That does not mean we have to stand in the street and let the same car hit us again. "You may be deceived if you trust too much, but you will live in torment if you don't trust enough," Frank H. Crane reminds us.

The next time you lose trust in someone, try taking these steps towards equanimity for yourself and to avoid making the situation more damaging:

1. Let the full emotional effect of the betrayal sink in, yet don't re-run the scene more than three times.

2. Step into the other person's shoes to see the interaction their way. Is this a pattern in his behavior towards you or is it an anomaly?

3. Look to the part of that person's potentially positive intent, especially when she appeared to have none in that situation. You will see the whole picture more clearly and calmly.

4. Praise the part of that person's behavior you want to reinforce and to flourish. Ironically, this is one of your most self-protective tools in such moments.

5. If you want to maintain the friendship, ask her for a time to talk. Then, in factual, non-blaming language, describe the specific behavior that bothered you. Next describe your feelings. Then wait for a response.

6. Listen closely and with an open heart and mind to the answer. If your picture of her actions was accurate, and if she is solely defensive -without offering a change in behavior, then you have learned a lot.

7. If someone breaks trust with you twice it is highly likely there'll be a third time so why place yourself in that position? My friend Paul Geffner told me once that a key to cultivating healthy relationships, with each person who comes into our life, is to recognize, over time, the optimal distance in which to hold them. And events can happen where their actions -- or ours -- can shift that distance. 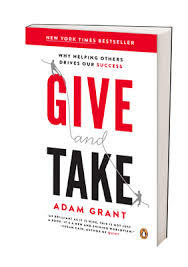 Perhaps someone in your life keeps asking for favors yet seldom supports you, even when asked. Don't make someone a priority when they merely make you an option. Not only does it not feel good, you are inadvertently reinforcing their rationalization that such "taker" behavior is ok, so they are more likely to act that way with others.

8. Consciously choose your distance while acting to bring out their better side: Speak to their positive intent, especially when they appear to have none. Recognize that you always have three choices in most any situation: Change how you act towards that person, accept her behavior or leave the relationship.

One life-affirming reminder: Take these steps sooner rather than later so you can regain your emotional balance rather than remaining in reaction to the betrayal. Choose what you can do positively for yourself rather than against another. The more quickly you'll climb out of that negative "re-run" rut of thoughts the more likely the possibility that you'll return to an even keel, and perhaps preserve a properly distanced relationship.