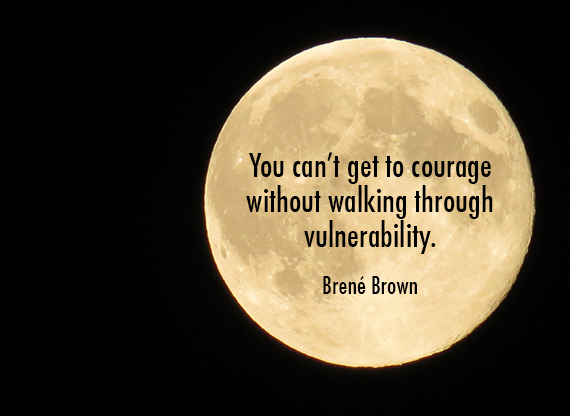 I was going to start this post by saying, "I'm a writer, and in a career like this, it's easy to get discouraged sometimes... "

But the fact is, being discouraged isn't just a side effect of writing. It's a part of life. I'd be willing to bet that whatever life you lead, you've been discouraged on occasion, too. Life gets hard.

Google "what to do when you're discouraged" (as I've done more than once), and you get all sorts of great ideas. Refocus on your goals, do something small and easily accomplished, take one step to move yourself forward, keep it all in perspective, remember you've managed to make it this far. All great ideas.

But as a writer, I love words. And one day when I was feeling discouraged, I noticed something. Something really obvious, that had somehow escaped my notice before.

The etymology of discourage is simple: "dis" (away) + "courage." (I'll leave a discussion of the etymology of "courage" for another time, as it's interesting in its own right.)

The recognition of the word's origins jarred me. I started to think about being discouraged, and how the word -- and the feeling -- are related to courage. If "discouraged" means having moved away from courage, then is the antidote as "simple" as "re-couraging" ourselves? Moving back toward courage?

If courage is bravery, then maybe when we are discouraged, what we're really feeling is fear. The further away we are from courage, the closer we are to our fears.

Not so much the disappointment that we haven't achieved our goals, but more the fear that we never will.

When we are feeling discouraged, can we find our way back by doing something brave?

Brené Brown writes in her book, The Gifts of Imperfection, "Courage is... a habit, a virtue: You get it by courageous acts. It's like you learn to swim by swimming. You learn courage by couraging."

Sometimes the bravest thing we can do is believe that everything will be okay. 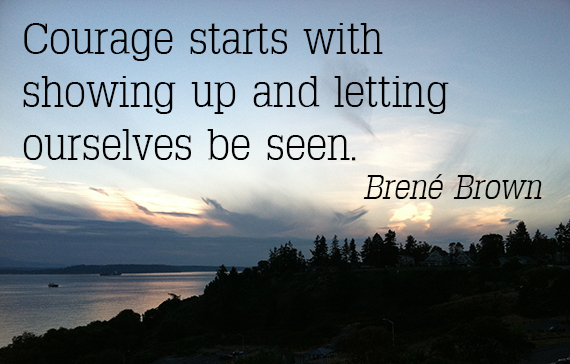