Lionsgate has released eye-catching posters for its upcoming film "What to Expect When You're Expecting," featuring a host of top stars with baby bumps.

Based on the hit book, the movie follows the ups and downs of four expectant couples. The four women are played by Cameron Diaz, as a Jillian Michaels-type TV host who gets pregnant; Anna Kendrick, as a food truck operator who conceives after a one night stand; Brooklyn Decker, as a trophy-wife type; and Elizabeth Banks, as the owner of a baby boutique. Jennifer Lopez also appears in the movie, as a woman who adopts from abroad.

"What to Expect When You're Expecting" also features a number of prominent male stars, including Matthew Morrison, Dennis Quaid, Chace Crawford and Chris Rock. Check out the posters and, below that, the trailer for the movie, which opens on May 11.

'What To Expect When You're Expecting' Movie Posters: Cameron Diaz & Co-Stars With Baby Bumps (PHOTOS) 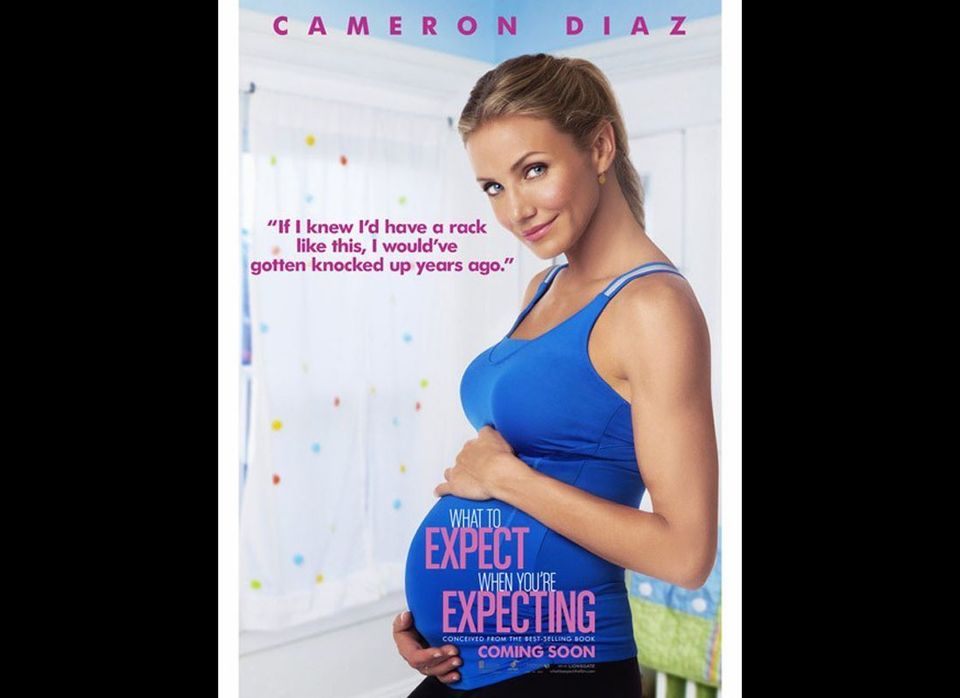