The 2016 MTV Video Music Awards are only days away, so why don’t we ready ourselves for the glitz, glam and Godney with a quick refresher course on what to expect Sunday night?

Much like the changing winds of Britney Spears’ career, this award show is famous for its unpredictability — but there are a few things we can confirm about the actual ceremony.

A host for the award show, if there is one, has yet to be announced (Miley, what’s good?), but Spears is confirmed to perform her hit single “Make Me” featuring rapper G-Eazy. This will be the pop star’s first appearance on the VMAs stage since she stumbled ― in more ways than one ― through her disastrous 2007 performance. And yet, the VMAs wanted more, announcing her comeback in a Britney-themed video on Tuesday.

Rihanna is the distinguished honoree of the evening, accepting the prestigious Michael Jackson Video Vanguard Award, which recognizes musicians who have contributed significantly to MTV culture. Past honorees include Justin Timberlake, Beyoncé and Kanye West. She is rumored to perform multiple times throughout the show, so fingers crossed for a surprise Drake appearance.

Future and Nick Jonas will have their moment in the sun as well with highly anticipated performances of their own. The former boy bander will serve up his curiously titled single “Bacon” featuring Ty Dolla $ign for the audience, while the rapper’s song selection remains unconfirmed. To round out the performances, the Chainsmokers and Halsey will treat all watching to their song of the summer, “Closer.”

On the awards front, Beyoncé and Adele lead the pack with a respective 11 and eight nominations each, so ready your mind, body and soul to be routinely over-slayed over the course of the almost three-hour show. Bey is also rumored to perform, but we’ll just have to wait until Sunday to see whether our incessant tweeting at MTV paid off.

MTV has also confirmed a bevy of celebrity presenters, including Kim Kardashian, Alicia Keys, Ansel Elgort, Jaden Smith and Jimmy Fallon. Gold-medal-winning gymnasts Simone Biles, Gabby Douglas, Laurie Hernandez, Madison Kocian and Aly Raisman are all set to make appearances at the ceremony, as is Michael Phelps because, well — what else is he doing now?

And last but not least, Kanye West will indeed be in the building. Brace yourselves.

Tune in on Sunday at 9 p.m. to catch all the VMAs goodness. 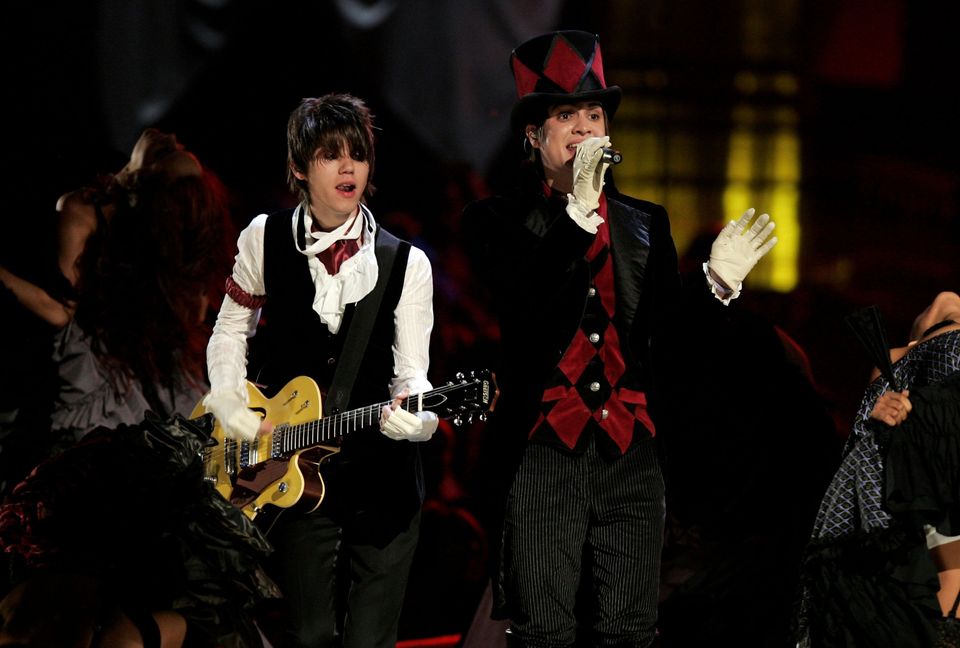 1 / 43
Panic! at the Disco
Scott Gries via Getty Images