I feel almost obligated to be a Madonna fan, since I write novels about the intersection of sex and spirituality. Madonna is probably the world's leading living artist who deals with this sizzling and controversial combo.

In fact, I am a fan. She is assuredly a terrific entertainer; she burns with passion and star power. She sure can sing.

And Madonna videos make me nervous. 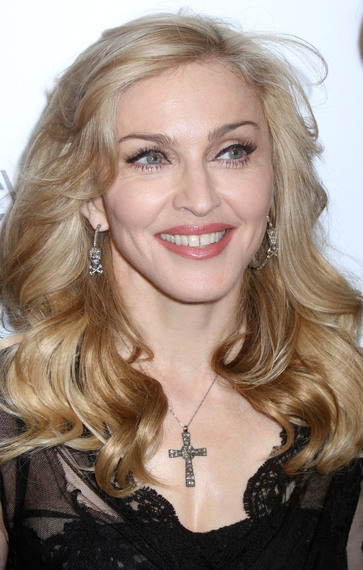 Maybe that's a good thing -- or maybe not. I'm not sure. I do know that feeling unsettled can lead one in new and interesting directions, can point to prejudices and highly defended wrong opinions. In this case, I'm still pondering the question, which comes to mind because her latest tour, for her Rebel Heart album, is now circling the world in 64 shows.

One thing Madonna and I agree on is a sentiment in the song "Messiah" on this album: "Don't want to get to the end of my days/Saying I wasn't amazed." We also agree that sex and religion/spirituality are integrally and crucially connected.

On the other hand, pole dancers in nuns' habits feel disrespectful to me. Or, anyway, I do an inward wince on seeing this.

I've come in for some criticism myself for mixing religious icons and doctrines of different religions in my fiction. I see no disrespect in this -- quite the reverse. For me, the use of these simply means that I'm drawn to them, that they arise in me, that I take them each seriously.

Madonna takes both spirituality and sex seriously. And she scrambles images of both in her videos. And -- I can't help it --that makes me nervous.

I'm pretty sure this has to do with my Methodist upbringing in the 1950s and early '60s. Sunday school was not sexy. Making out was not spiritual.

I was 34 years old -- no kid -- by the time Madonna released her first album. I wasn't keeping up with new pop music the way I had at 17. I knew who she was, heard some of the songs, didn't pay a lot of attention.

Seven years later, I ran into a surprise Madonna tribute. I was on the rooftop patio of the flat where I lived in Varanasi while researching my novel Sister India. Three girls of the 10- or 11-year-old age range were playing on the second floor patio of the building next door -- a space of maybe 50 feet and one skinny papaya tree between us. They waved to me. I waved back. We started a conversation.

I'd read before I came here that people sometimes asked visitors to sing a song. I'd hoped that this was not so -- what an alarming custom! (Digression: my NC politician brother Harry Payne once shared a podium with Joan Mondale in our hometown of Wilmington. He told her shortly before their talks that it was a local tradition for visiting campaigners to lead the audience in singing "America the Beautiful." Gave her a good scare for a moment there.)

I hadn't been looking forward to being asked to solo. These three little girls were the only people during my three-month stay in Varanasi who did ask me to sing a song. I sang "Happy Birthday." They said, "No! No! Madonna!" And then the three of them sang a complete Madonna song with their own charming and tame version of the choreography.

The mother who was hanging laundry on the rooftop line had started looking pretty stern, but I was wowed.

I guess that's the level of Madonna videos I'm most comfortable with: the elementary school version. Maybe I'm wrong, but I doubt if that's going to change; the early learning that leads to my visceral response lies deep. Still, I'm glad she's performing and carrying the sex-and-spirituality flag. I also feel that her message is sincere, that it's not simply for shock value. And I may have to settle for simply listening to her sing.