Seaweed is a nutritional superstar. It's a great source of iodine and antioxidants, both important nutrients for regulating health. And, beyond its superfood status, the salty vegetable spruces up any old dish with its unique texture and powerful salty flavor.

You might love the taste of seaweed, but only enjoy it in your dishes when you dine out. The unusual-looking packages of dried plants may appear more intimidating than intriguing, but it doesn't have to be this way. Once you get the lay of the land -- or sea -- you'll be perfectly prepped to whip up your own seaweed-starred dishes at home.

Here's the break down: 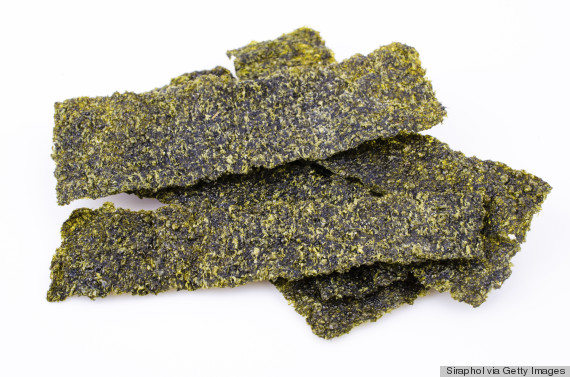 Nori is the flaky, green seaweed used as a wrap for sushi. It's often used in miso soup and as a garnish on salads and fish. It usually comes toasted, sold in full sheets for sushi wrapping and snack-sized sheets to eat like chips. 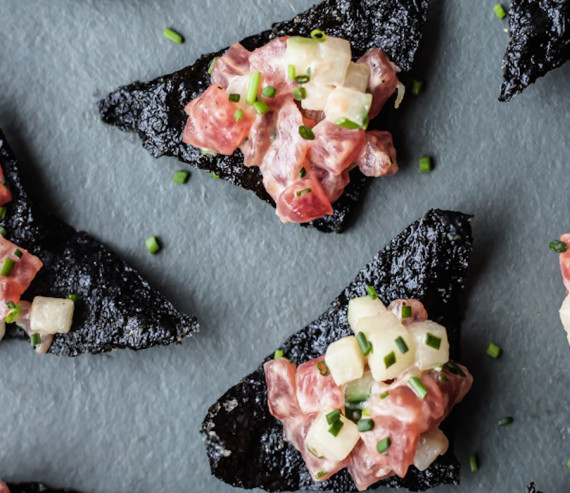 Try nori at home. Get the Tuna Tartare With Nori Chips recipe by Blogging Over Thyme here. 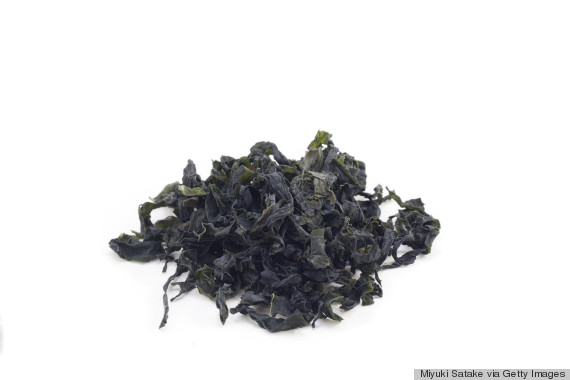 This little sea vegetable is the kind you'll typically find in seaweed salad and some miso soups. It is subtly sweet in taste and can be very flavorful. Wakame is generally sold dried and, when rehydrated, is incredibly absorbent; it grows in volume when added to liquid. 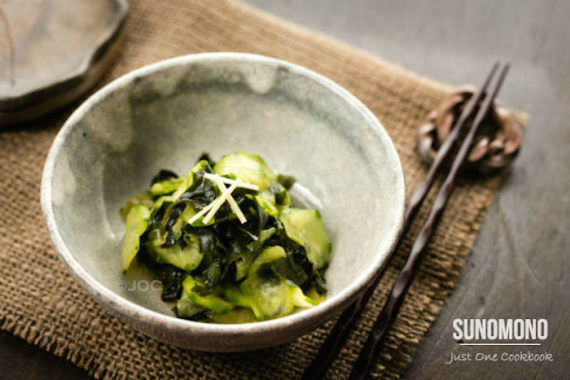 Try wakame at home. Get the Sunomono recipe from by Just One Cookbook here. 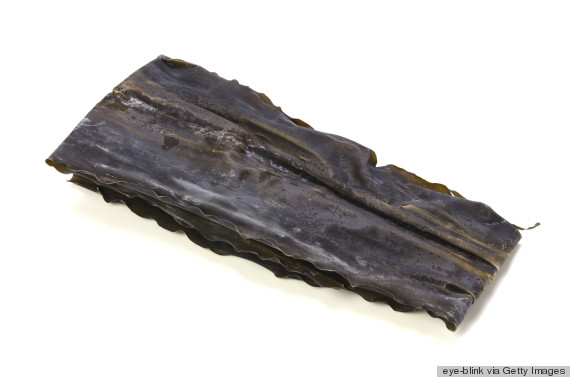 Kombu is commonly used as a main ingredient in a savory Japanese soup stock called dashi. It is also referred to as konbu, dashima or plain old kelp and is commonly sold dehydrated in thick, hard pieces. 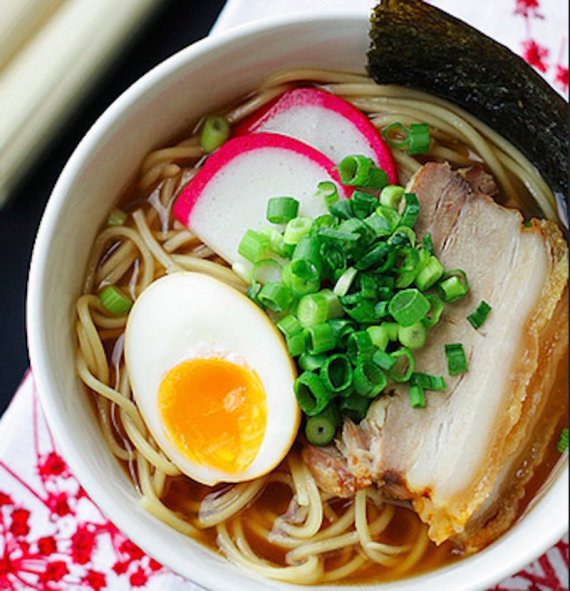 Try kombu at home. Get the Shoyu Ramen With Roasted Pork Belly recipe from Citrus and Candy. 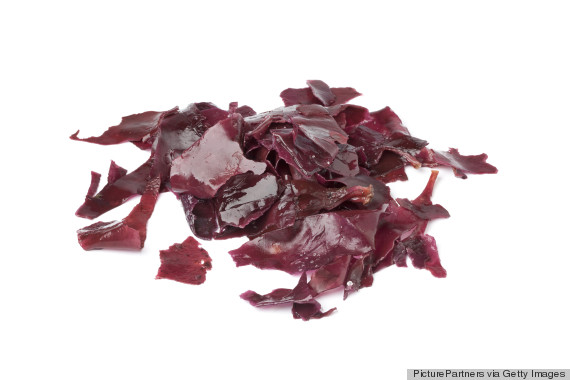 Dulse, also called sea lettuce flakes, is a red sea vegetable grown on the Atlantic Coast. It's commonly used in soups and stir-frys and eaten toasted as a crispy snack. 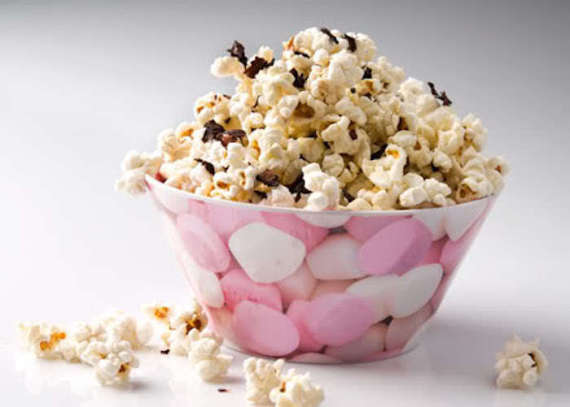 Try dulse at home. Get the Dulse Popcorn recipe from Veggie Wedgie here. 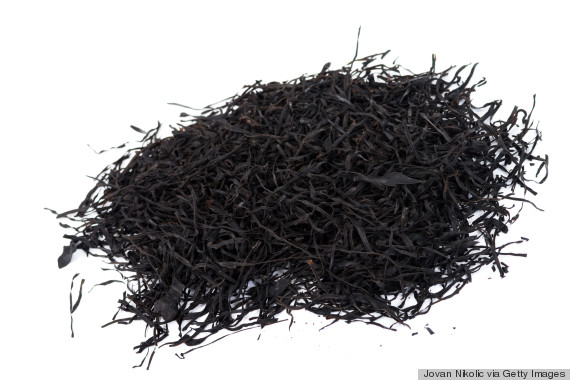 Arame might be the most distinct-looking seaweed of this bunch. It comes in dark brown string-like pieces and has a semi-sweet flavor. Like the others, arame is sold dehydrated and can be revived with liquid. It's incredibly versatile: top in on salads or sautée it in stir-frys and rice dishes. 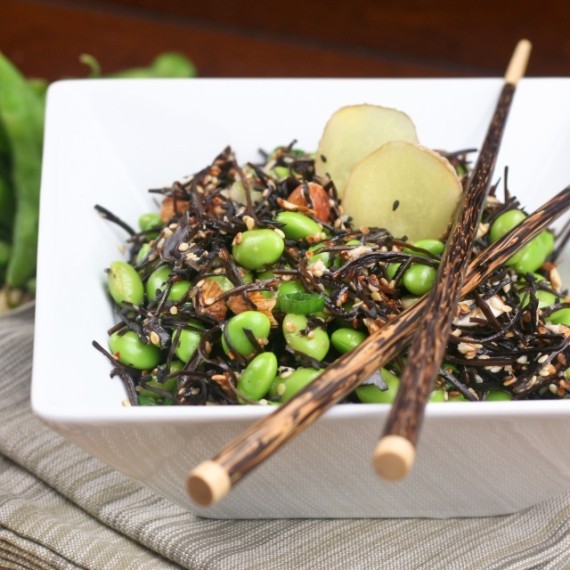 Try arame at home. Get the Arame And Edamame Salad recipe from The Healthy Foodie here.