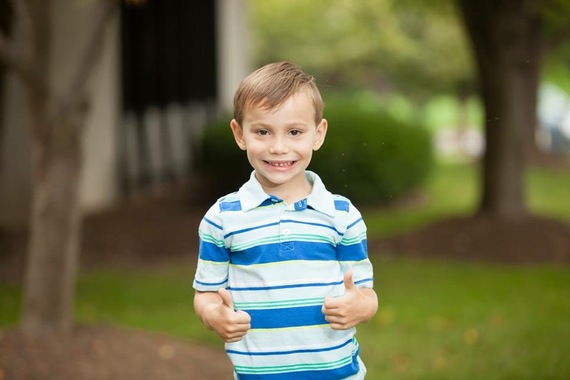 A parent's worst fear is the death of a child. Nothing is more unnatural than children getting sick and dying prior to their parents. Those of us on the periphery but still witnesses to terminal diagnosis, illness and the death of a child often don't know what to say. As parents we may feel intense sympathy or protective avoidance and it may be hard to look our worst fears in the face, even if it's not our own child who is ill.

Jenny Mosier, co-founder and executive director of Michael Mosier Defeat DIPG Foundation and mother to 6-year-old Michael Mosier who fought hard against the terminal pediatric brain cancer DIPG (Diffuse Intrinsic Pontine Glioma), gives us tips on how to best support someone with a terminally ill child. What's most important, says Jenny, is simply reaching out. "While the exact words may be difficult to craft, the most important thing is to make the effort to let the family know you are thinking of them and that you are there to help," says Jenny.

Supporting a family who has a child with a serious illness is not a one-size-fits-all type of situation. We all cope with these challenges differently, says Jenny, so it's important to take cues from the family on how they would like people to help and be involved. "Some families prefer their privacy, while others are the opposite and need active, constant attention to help them get through it," says Jenny.

In addition, what a family needs or wants one week may change the following.

Talk About the Child

Don't shy away from speaking about someone's child who is ill or who has passed away. Michael is always on my mind, says Jenny, and I appreciate knowing that others are thinking of him, too. That said it's important to observe the person's reaction and be sensitive to the time and place. Meaning, if someone is trying to have a moment of levity or escape a bit from the grief, it may not be the right time to bring up a heavy conversation.

Jenny recommends that people be honest and up front and "tell the person you are there to talk, to laugh, for distraction, or whatever they need." Make your best attempt in the situation, says Jenny, and change course if needed.

"When people ask what I need, I am not hiding the ball when I do not give a specific answer," says Jenny. "The truth is that we do not always know. There is no magic wand to make it better, and one minute it may feel good to talk about Michael, and the next it is too much." 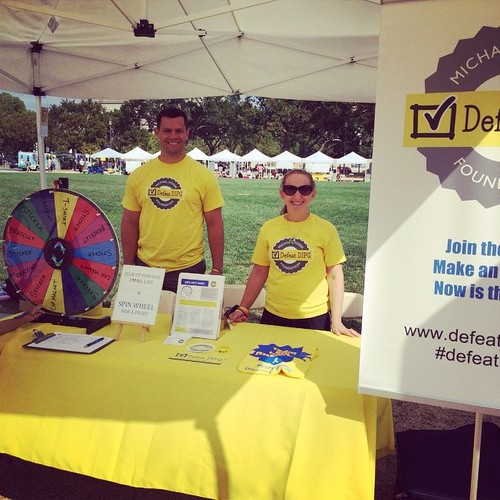 Be Specific and Tangible

General offers to help are less useful than specific offers. It's better to say, "I am on my way to the grocery store. What can I get for you while I am there?" instead of "Call me if you need anything." Jenny says she doesn't remember ever taking anyone up on general offers but did occasionally say yes to specific offers.

One way to be proactive without burdening the family with questions, says Jenny, is through meal trains. During the 8.5 months of Michael's illness, friends delivered food multiple times a week to Jenny's home. "It's a tangible and excellent way to help a struggling family," says Jenny. There are a few sites that help coordinate meal trains such as Meal Train, Take Them a Meal and Food Tidings.

It may be our natural instinct to share a story about a parent, friend, cousin or grandparent who also faced a serious illness to commiserate and show empathy, but it's best to steer clear of comparisons. Jenny says well-intentioned comparisons can do more harm than good. Most families feel that facing a serious illness with a child is simply different than facing it with an older person. Also, when families are coming to terms with their child's illness, it's painful to hear of others who have died from similar illnesses. They are still hoping for a different outcome for their child. "Instead, focus on telling the family you care about them and will be there to support them," says Jenny.

Sometimes in the face of devastation we want to reassure the person going through it that it will be okay or that they will one day feel better. Jenny says it's important to resist the urge to offer platitudes like "I'm certain your child will get through this." This language, says Jenny, ignores the severity of what the family is experiencing. "It may create a situation where a parent feels he/she needs to respond to set you straight and give you the facts of what his/her child is facing," says Jenny.

Instead, Jenny recommends people say, "I know that this is going to be very difficult. Your child and family are strong, and I will be sending every prayer and positive thought your way."

Other Ways To Support

Like many parents of terminally ill children, Jenny now works endlessly to raise awareness and funds for research to prevent other children from dying and parents from experiencing the same loss. She quit her job as an attorney at the Department of Justice and is now working full-time for the Michael Mosier Defeat DIPG Foundation. Many parents of terminally ill children have created similar foundations or support specific organizations focused on research or helping families. This is an excellent way to show support -- it lets your friend know you care and helps to work toward something that parent wants so badly, a cure. If your friend hasn't volunteered the information (often they do -- check out his/her Facebook page) simply say that you would like to donate and ask how best to do so.

There are many ways to give to a family with a terminally ill child and all will be appreciated. If you are less savvy with exceptional words of comfort (like the rest of us) then participate in the meal train, call when you are headed to the grocery store or fundraise or just ask, "How can I help right now?" All are excellent ways to show you care.

In the end, Jenny feels what's most important is to try, even if the words feel awkward. It is better to try awkwardly than to ignore and further isolate a family experiencing the terminal illness or death of a child. The rule to follow she says is: Be kind, be patient and be present.