By Lisa Esposito for US News

Caring is key to your response. This is what you should do if someone you know talks about taking their life.

Take people seriously and let them know you care.
When someone tells you he's thought of suicide, it's scary. Or when a friend confides she's an attempt survivor, you may not know how to react. At times that could mean coping with a person in crisis, but often it's more about listening, encouraging him or her to get help and supporting their long-term efforts to stay safe. Here's how to be there for a family member or friend.

Know when it's an emergency.
Call 911 in an immediate emergency – when somebody is about to hurt themselves or someone else. Or if possible, get him or her to a hospital emergency room, urgent care center or walk-in clinic. You also can call the National Suicide Prevention Line at 800-273-8255. They can help you figure out what to do.

Show compassion.
It takes courage for someone to reveal that they've considered suicide or survived a past attempt. When you're the person they trust with this information, how do you respond?

"Show them you care about them," says Shelby Rowe, education and prevention manager at the American Foundation for Suicide Prevention. "That's the most important thing." Just as you would with any other secret -- such as a possible job change or relationship issue -- listen with compassion and without judgment.

Talk to someone who's struggling.
If a person you know appears to be struggling with depression or anxiety, "don't assume someone else will reach out," the AFSP advises. Its Talk Saves Lives webpage offers five steps for this crucial conversation:

What Not To Say 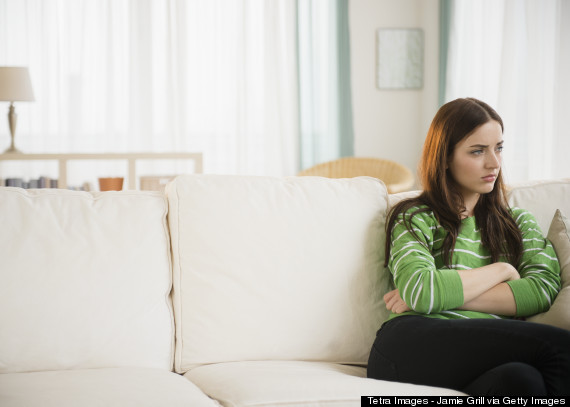 When someone confides they're in emotional pain, avoid these responses: Minimizing their feelings, offering advice to fix it, debating about the value of life and offering clichés.

"When someone is reaching out to you in intense pain, telling them they'll be 'just fine' is not helpful," Rowe says. And don't debate or bargain, she adds, or say "I think it'll be better. Let's just wait." Think of acute emotional pain as you would physical pain, she suggests. Similar to someone doubled over with a kidney stone, "next week is a long time away," she says.

When someone's struggling with thoughts of suicide, it's unhelpful to ask, "Well, how is this going to affect everyone else in your life?" Rowe says. "At that moment, [he or she] is feeling like such a tremendous burden on everyone else in their life. They're tired of everybody else having to worry."

Listen to unspoken messages.
People have different ways of letting others know there's a problem.

"Most people talk about suicide directly or indirectly within the weeks and months before they take their lives, though not necessarily at the moment at which they are about to act," says Jill Harkavy-Friedman, vice president of research at AFSP.

Talk of killing themselves, having no reason to live, being a burden to others, feeling trapped or having unbearable pain all mean that a person is at higher risk for a suicide attempt. Indirect statements could be "I don't care if I die" or "I wish I wouldn't wake up," Harkavy-Friedman says.

Most people who talk about suicide do not kill themselves, she notes. However, talking about suicide and death are signs of emotional distress. Asking about suicide will not put ideas in someone's head or make them suicidal, she adds. Instead, asking "will most likely will provide relief."

Help people find help.
Mental health treatment is essential to help people deal with their problems and feel better. Encourage the person to seek services and help him or her locate a mental health professional. Psychiatrists, psychologists, psychiatric nurses and counselors with specialized training are good sources of treatment. Campus health or counseling centers can provide therapy and referrals, and school guidance counselors can point students and families to resources.

Getting and adhering to treatment for these conditions helps reduce risk.

Having access to lethal means -- such as firearms and drugs -- is a risk factor. If people have a plan for suicide, ask them what they intend to do. Work with them to limit access to deadly means.

Watch for warning signs.
Things people say, their behavior and mood can all serve as suicide warning signs. The more signs someone has, the greater the person's risk.

Certain behavior changes -- especially when connected to a painful event, loss or change -- are cause for concern. These include: increased alcohol or drug use, searching online for materials or means to kill themselves, acting recklessly, being aggressive, withdrawing from activities, isolating themselves, sleeping too much or too little, calling or visiting to say goodbye, and giving away prized possessions.

Create a safety plan.
If you’re worried about someone, help or encourage him or her to fill out a patient safety plan, such as the model plan on the Suicide Prevention Resource Center website. Action steps include listing personal warning signs -- such as specific thoughts or moods -- that a crisis might be brewing, along with coping strategies, distractions and professionals to contact in a crisis. Safety plans also include listing three people to call for help. "As a friend, you would want to be one of those three people," Rowe says.