I have noticed that, now that I've entered decade #6, my brain is frequently abducted by aliens. Not that it's never been abducted before, but now it seems like a daily abduction can be expected, particularly in the midst of important conversations. As you can imagine, it's very embarrassing when in mid-sentence you suddenly can't think of a word, or can't remember what you were talking about. 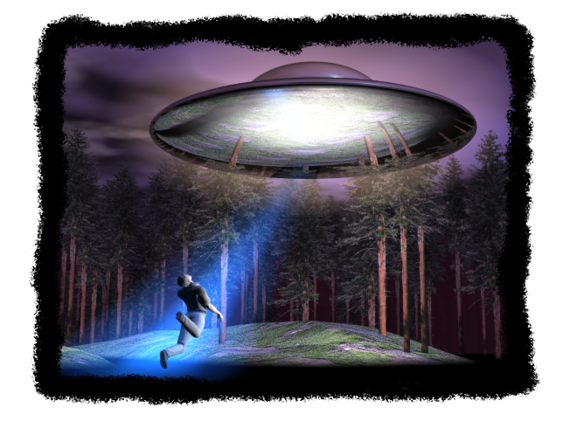 What, you may wonder, happens when the brain is abducted by aliens? I imagine it's something like "Aphasia," a collection of language disorders that can vary from occasional trouble finding words to speaking gobbledygook that makes no sense to others but makes perfect sense to you, to not being able to speak at all. In such cases, the part of the brain responsible for speech and language, known as Broca's Area, is injured in some fashion. According to the National Aphasia Association, "Aphasia is always due to injury to the brain-most commonly from a stroke, particularly in older individuals."

Though I am an older individual, I haven't had any strokes or brain injuries that I know of, unless listening to "Axis: Bold as Love" at full volume for several years has somehow scrambled the neurons of my gray matter. However, other definitions include the onset of dementia in it's various forms, and I think it's safe to say that the development of plaque in the brain results in injury just as surely as going helmet-to-helmet with a 320 lb. linebacker.

So what is a boomer to do when you have a mini-aphasiac moment and find yourself suddenly high and dry in the middle of a wordless desert? What of those moments when the proverbial cat has got your tongue?

According to a local therapist, honesty is the best policy. I can corroborate. I have found that simply admitting that "my brain was just abducted by aliens" can be very effective, depending on who you're talking to. If such an admittance results in an icy silence, well, you probably don't want to be employed or have anything to do with that person, or those people, anyway. Of course admitting to an alien abduction may raise other questions about your sanity, in which case you might be better off to simply say, "Sorry, I'm blanking," or "sorry, I forgot what I was going to say," "wait a sec, it's on the tip of my tongue," or "excuse me I'm having a brain cramp."

Whether these alien abductions qualify as aphasia or not doesn't seem particularly important when you're sitting there red-faced and tongue-tied. But there are always ways to lighten up a potentially dark situation. Other random phrases that have worked for me include:

"Danger Will Robinson! Danger Will Robinson!" This is really effective in F2F meetings where you can stand up and wave your arms around. And while it's true that the joke is apt to be lost on anyone under 50, when you explain that the reference is to a TV show entitled "Lost in Space," you may elicit some sympathy for your condition.

Cup your ear and say "Did you hear that?" The conversation is likely to come to a screeching halt, giving you time to collect yourself and start over. Another conversation stopper: wrinkle your nose and say "ewww, what's that smell?" (Note: these do not work as well over the phone, but may be worth trying on Skype.)

Break into Lincoln's Gettysburg Address: "Four score and seven years ago..." or some other complete non-sequitur. It's the verbal equivalent of hitting control-alt-delete on your computer. The entire conversation is likely to reboot.

Other effective non-sequiturs include:

Shifting slightly in your chair and saying "Oh dear. I've had the worst gas lately." (Chair shifting unnecessary on the phone.)

"Oh damn. I think I forgot to turn off the oven."

"How about those Giants?" (Or other team of your choice.)

Again, the experts say that when you blank out in a conversation, honesty is the best policy. Alien brain abductions can happen at any age, so it's likely whomever you're talking to will know what you're talking about. Why, just the other day I was talking to... oh, you know... whatshisname... and he said... hmmm... he said... aw hell... what did he say...?