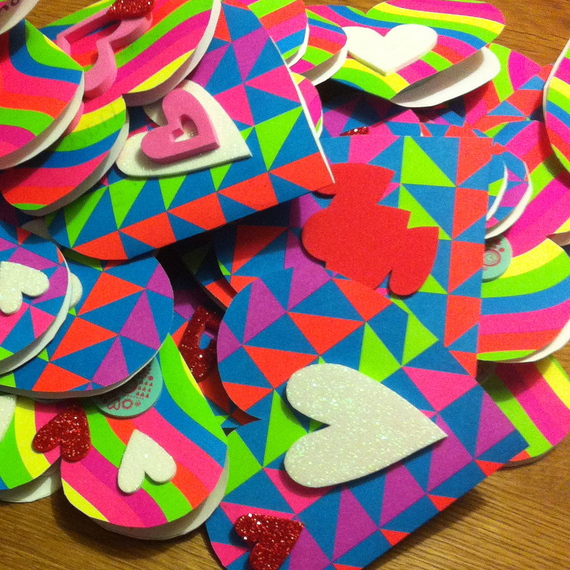 My friends have a fabulous toddler. He runs up and down the hall just for the joy of running. He revels in getting a spoon of food to his mouth. He shoves sounds together into sentences and beams at his own success. He hasn't figured out yet that anything is wrong -- with him or with the world. He doesn't even know that wrong exists.

Most of us started out this way, receiving the love, attention and praise that we need. Then something unexpected happened around age two. We were still doing the same adorable stuff, but some of it became inconvenient, and eventually inappropriate, to the adults around us. And they began acting differently toward us.

It's as if we became the square pegs that our parents needed to pound into the round holes. So they resorted to disapproval and even punishment.

How did we respond? "How can I get the love back?!" is all we could think about.

This is not about parent-bashing. Everyone's doing the best they can with what they have to work with and what they've figured out.

Our parents' approval became conditional, depending on whether we did what they wanted. And most of us adapted our behavior so they would tell us that we were all right: "Good boy." "Good girl."

The big issue in life became: Am I all right? And since we were little, we let others determine that for us. We even let our parents decide whether we were good or bad, nice or mean, stupid or smart, hyperactive or lazy, average or great.

We figured out that something we needed could be withheld -- which led to fear-based thoughts like: "I'm afraid that people won't like me." "I'm not smart enough to earn good grades." "I couldn't possibly get that great job." We gave away our power to choose how to feel, think and act.

My friends' toddler doesn't know about wrong. He'll find out soon though. Not from his parents because they're super in their roles, but probably from the local playground or from daycare. There will be a moment when he'll do something that someone, either a child or an adult, won't like and will want him to stop doing. And that person will reprimand him to get him to change -- maybe even adding shame to guarantee the desired results. If my friends' son takes in the disapproving message and believes it about himself, he could spend the rest of his life unlearning that he, or anyone else, is wrong. But his family's not going to let that happen.

It takes a lot of courage to believe in ourselves when people want us to change so that they can feel better. We need to keep reminding ourselves that we're all right just as we are -- because we've decided it and we're not letting anyone else make that decision for us anymore.

More:
Parenting ParentsRelationshipsself-esteemperfect relationships
Newsletter Sign Up
Raise the kind of person you'd like to know
Subscribe to our parenting newsletter.
Successfully Subscribed!
Realness delivered to your inbox