The nation's largest insurer, UnitedHealthcare, recently released financial reports for the second quarter of 2016, and from the numbers emerges a stark reminder of who is really paying for healthcare in the United States.

UnitedHealthcare, like many carriers that offered plans on the Affordable Care Act marketplaces, found the public exchanges to be less than desirable. Nearly all exchange carriers have lost millions of dollars insuring the exchange enrollees, many of whom were formerly uninsured and sicker than expected.

Faced with such a risky pool of enrollees, UnitedHealthcare began warning in 2015 than it might pull out of the exchanges altogether. Making good on that threat in 2016, the insurer said it would cease operations in all but a few 2017 exchanges, citing marketplace unsustainability.

This shows that, in spite of a rocky individual market, UnitedHealthcare is making gains--and they are large enough to offset steep losses and come out not just in the black, but 11 percent ahead.

Where are those gains coming from? Revenues are up in the company's employer, Medicaid and Medicare business lines. In other words, employers and government payers are subsidizing UnitedHealthcare's exchange segment in 2016, and this is true for other carriers as well. 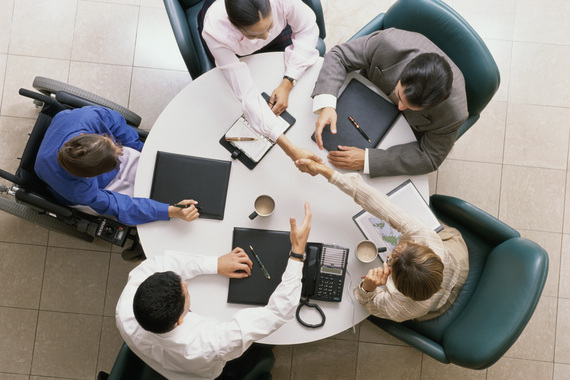 Why is my group getting a big increase?

So what impact will this dynamic have on employers, the more stable business line for many carriers who are facing other, more unsustainable segments? Likely an expensive one.

Anytime payers or providers face cuts to their revenues, they will try to make up those losses elsewhere. This is referred to as cross-subsidization, and it's a huge issue in healthcare. Let's look at a few examples.

When an uninsured person has a medical emergency, hospitals are legally prohibited from denying them care, even if it is really unlikely that they will ever pay their bill. This is referred to as charity care, and the costs associated with uninsured patients can rack up quickly.

Many of these costs get passed onto insured patients. The same thing happens when the government refuses to increase Medicare and Medicaid payments--providers recoup some of those losses by billing private insurers higher.

Then, those private insurers compensate for the higher costs that were passed onto them by in turn passing price increases onto their consumers. The same thing occurs with the cross-subsidization of less-profitable insurance segments, like the ACA marketplace. Until the exchanges become more sustainable--if they ever do--employers should expect their costs to rise to compensate for marketplace losses.

This doesn't seem fair to many employers, but unfortunately, it's just part of how healthcare works in the U.S. Because we have such a complicated system of payers--who all pay different rates for the same services--some people are bound to be paying more, making up for those who pay less.

The term "price transparency" comes into play here. There is a growing movement for healthcare to provide more prices upfront so that consumers can make cost-effective choices.

But there is pushback to price transparency from providers and payers alike, and an underlying reason is cross-subsidization. If the U.S. health system lifted the veil on how much healthcare services actually cost, and who is paying what to whom, some will discover that they are paying inflated prices. Those paying the higher prices won't like it.