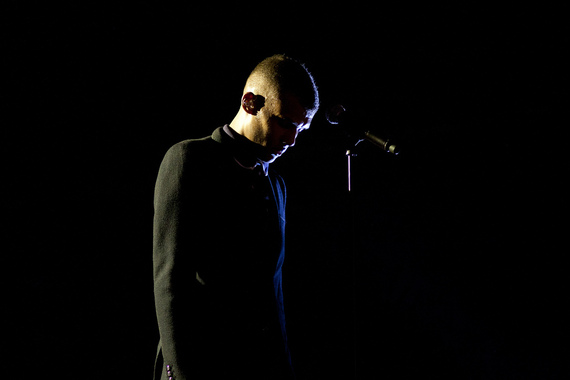 One of my guilty pleasures is watching singing auditions -- I can watch them for hours at a time. This includes shows like American Idol, Britain's Got Talent, The Voice and X Factor. And over the past few months, I've spent at least 24 hours of my life watching the full spectrum of them: from the best, to the most embarrassing, to the most emotional.

Here are five things I've realized about success from watching hours and hours of singing auditions:

1. Some Dreams are Not Meant to be

Every season, some contestant leaves in tears; throwing F-words at the camera and vowing to make Simon Cowell eat his words. His dreams of a singing career have just been shattered by brutal honesty.

But Simon's right: some dreams don't come true. If you don't have sufficient talent for what you dream of -- even decades of practice won't change that. I love basketball with all my heart, but at 31 years old, 154 lbs, and with a bad ankle -- no amount of dreaming will get me into the NBA.

I'm not saying it's wrong to dream. If you wanna be a singer, you can still do it. There's YouTube, Smule, and the karaoke bar with your family and friends.

But 99% of people aren't ever going to become professional singers.

If you're not in the 1% of singing (or whatever your dream is), that's OK. Maybe you can be in the top 10% of something else.

The thing about watching "Best Of" auditions on YouTube is you get both ends of the spectrum: the jaw-droppingly good, and the face-palmingly bad.

But TV and YouTube don't usually show you the "Meh..." If something is average good or average bad, it doesn't really grab attention.

Life is full of "Meh" moments though. Like when you've just marketed your first prototype and only five people buy it. Or when you've just written your first draft, and even your mom isn't impressed. Understand that people love the finished product, but don't usually like the process of getting there.

It's OK if you haven't reached the stage where an entire stadium is gonna get on their feet and applaud you. Keep hustling, keep improving, and maybe you'll get there someday.

3. Success Can Come Step by Step

"Throw him into the deep end, and let him sink or swim," goes the popular saying. And there's some truth to that. Challenge is good -- but does challenge need to be a world-class challenge straightaway?

I learned this while watching the journey of 4th Impact, a Filipino all-female group. They attracted international attention in August auditioning at X Factor -- doing a superb rendition of "Bang Bang."

The interesting thing about 4th Impact is they're not "new." Neither are they amateurs. Prior to X Factor, they had already achieved success in talent shows like Pinoy Idol in the Philippines and Superstar K6 in Korea. But instead of settling after a successful show, they auditioned for an even bigger talent show. Every competition was a stepping stone for even more success.

So let's say you want to become better at talking to women. You don't start by trying to sneak backstage at Victoria's Secret fashion shows (high difficulty). You start by saying "what's your name?" to the barista you buy morning coffee from.

4. Don't Detach From Your Emotions -- Use Them Instead

All the great auditions have one thing in common: they make everyone feel something. The great artistes do this by pouring their emotions out when they sing.

But do we use our emotions to help us in our daily work? I know in my bid to look professional, I have a tendency to shut down all emotion and put on a poker face.

Well, if you're not gonna use your emotions, you might as well be a robot. (And beware, because companies are replacing your work with robots).

I'm not suggesting that you throw a tantrum the next time you disagree with your boss.

What I'm saying is that emotions make us special; they make us human and connect us to others. Channel the emotions you have to help you in your work.

5. "Success" Is Ultimately Defined by You

Most people think success is being famous and having lots of money.

And I can understand why. Money is a basic resource that everyone needs. But success can mean different things for different people. The most important thing is to pursue your own definition of it.

Sherman Pore was 64 years old when he auditioned for American Idol Season 6. He would have never become a mainstream singer -- the timbre of his voice was just average, and he was too old to give much of a performance. But I think he knew that too. When asked, he said his goal was just to honor the memory of his wife who died from cancer (2 days before his audition!).

He received respect from all the judges and his YouTube video would make people all over the world cry. And that was the last I ever saw of him.

No million-dollar recording contract, but was he a success?