"Sweetie, you're not getting this. I could be like Hannibal Lector and bite a nose off a face. I could have my guys kill for me, but I liked it to be up close and personal. I killed pimps, cho mo's [Child molesters], dealers...the cops would actually thank me, give me back my weapons, and say have a nice day, sir."

This is from an actual conversation I had recently! I sat on the floor with Viking. * He's three times my size, and he just laughed when I asked how he killed in prison without weapons. He had made a journey few ever will--from the most violent death-row convict to a free, (mostly) peaceful man.

Allow me to fill you in on the twenty-four hours before this conversation. I had gone to an invitation-only Byron Katie/ Inside Circle Foundation (ICF) event in California wine country. This was to be the first time ever ex-convicts (and we're talking former lifers) would share with "free people" the transformational work they'd done in prison. I had come because Byron Katie's daughter, Roxann, invited me and I trusted her implicitly, but I had been told nothing about what would occur.

In the training room, I saw the roughest-looking men I'd ever seen. I thought we were there to serve them but they were clearly intending to serve us. Big Andrew* whooped a Native American invocation as sage burned. Rob, a biker with a long white ponytail, read stunning inmate poetry. Then they presented the ground rules. We didn't make it past the first one--no violence.

Viking had punched a guy that morning who had made an obnoxious comment, and he would not give his word to restrain himself if someone disrespected or touched him without his permission. The ex-cons facilitated a fascinating conversation and asked every man who would vouch for Viking to stand up and every ex- con did, as did Byron Katie. 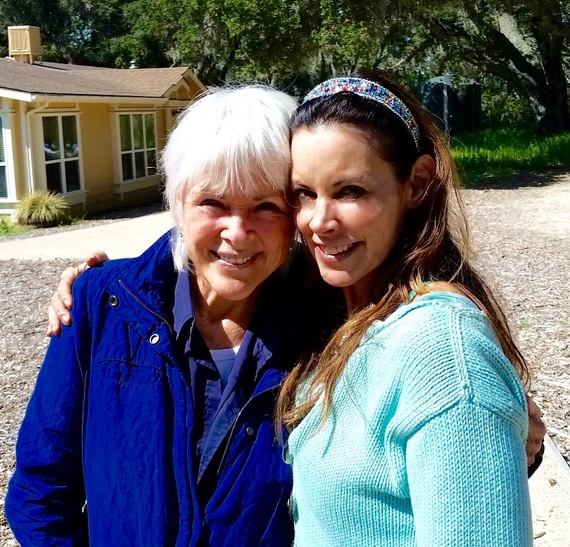 At dinner I sat with a twinkling-eyed Katie, who was engaged in a lively discussion with Robert, a very large, bald ex-con. After twenty-five years in maximum-security prisons, including six years in solitary, Robert was freed less than six months ago. As he escorted me to the barn for the evening session, he gently took my arm over the uneven ground and asked me insightful questions about myself.

In a ceremony to connect the "free" folks with their "dog" (One's protector and mentor in prison) I picked Robert. I was to introduce him to the group. He told me his story. He was severely ADD, an alcoholic by age eleven (that started from his dad giving him small swigs of beer,) and a drug addict dealer by sixteen. His first act of not suppressing himself was to shoot a close friend over a deal gone wrong. He told me about violence he committed in prison that I had never even heard of and I realized with a start that I did not feel fearful of him at any moment.

I asked Robert what had been his turning point. He said ten years ago he started doing the ICF work behind bars and became a Christian. He was certain an inmate was plotting to kill him, so he planned to murder him first. His ICF 'dog' told him to meditate over it. He did and saw a vision of himself being stabbed repeatedly by his would-be murderer and yet he stretched his arms out like Jesus on the cross and surrendered. He came out of the vision and decided to submit (which probably meant death) rather than kill again. He later discovered the inmate was not intending to kill him, and he would have murdered again for no reason, keeping himself locked up for decades more.

When I asked what it was like to be out after twenty-five years, he said a remarkable thing. He said, "It's great, but really what's the difference between prison and life outside? It's all an inside deal." He was living what Victor Frankl said:

"Everything can be taken from a man but one thing: the last of the human freedoms--to choose one's attitude in any given set of circumstances, to choose one's own way."
― Viktor E. Frankl, Man's Search for Meaning

Frankl shook off the shackles of self-imposed captivity in the most imprisoning of circumstances--a concentration camp. I had neatly put Frankl in the category of saints as Jesus, Gandhi, etc. Conveniently, this meant I'd never have to aspire to be like him. Uh huh, good thing guys like Robert didn't give themselves that same out.

The next morning, I was unwittingly called into the first session of the ICF work (I still had no idea what that meant). A Special Ops vet wanted to release his rage over the woman he felt was responsible for his brother's suicide. He asked me to represent her. It took six men (Robert being right in front) to hold him back while he raged at me. I have never felt safer. The vet was facilitated by James (who was in the "life" in his youth), a commanding Psy.D. Within twenty minutes, the he had moved from fury to deep peace.

This triggered my own 'work,' which I now knew to be an amalgamation of Gestalt therapy, sensory recall, and inquiry. James and a few ex-cons facilitated me brilliantly. I, too, went from anguish to joy.

Twelve hours later, I grabbed my eggs, joined Viking on the floor and asked what his turning point was. He told me about the day he had been "rat pack"-stabbed, shot at, pepper-sprayed, and brutally beaten by twelve guards. He lay naked, in solitary confinement, with the only thing keeping him from freezing to death being the pepper spray burning his body. He stared at the walls, covered in his own blood, and uttered his first prayer ever, which went something like "If You exist, I'd sure like to know it." He said at that moment, God revealed Himself to him. Viking made a promise then that he has kept: to never kill again. He started doing the ICF work. He had three life sentences and was to be tried for two more attempted murders in prison. He stared dumbfounded as he was pardoned of all counts and inexplicably set free.

Across the dining room from us in a wheelchair sat Little Andrew*, a man Viking had tried to murder in prison. Little Andrew had forgiven him. At another table sat two other men eating together who had tried to murder each other. Again, all was forgiven. We call them criminals, and yet we hold onto resentments for far smaller infractions. I am reminded of another famous convict, Nelson Mandela, who said, "As I walked out the door toward the gate that would lead to my freedom, I knew if I didn't leave my bitterness and hatred behind, I'd still be in prison." I stood up and thanked Viking and he hugged me crushingly tightly. I felt he was trying to impart some of his strength to me.

A few days later, Robert joined me at an upscale, celebrity-ridden benefit at which I was the keynote speaker. He bought his first nice clothing for the occasion and said he felt like Cinderella. Afterward, he texted me: Thank you for a wonderful night. No words-- just love to you. 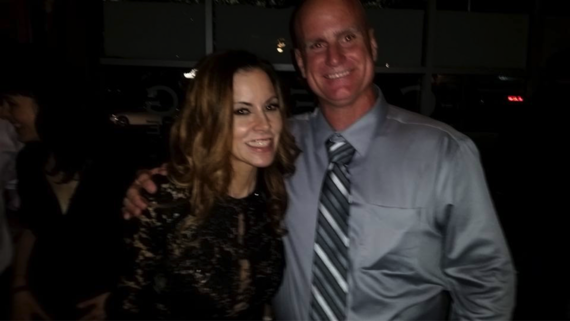 We can change. I saw it first-hand! But we need to keep choosing into the freedom that lowers our prison walls. Regardless of how constricting our environment is, as we choose our response, over and over, the shackles of our lower natures drop away and we are liberated.

More:
freedomthe workGPS For The SoulPrisonsliberation
Newsletter Sign Up
An essential daily guide to achieving the good life
Subscribe to our lifestyle email.
Successfully Subscribed!
Realness delivered to your inbox