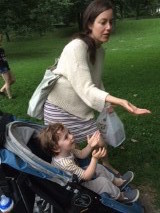 Luck is defined as success or failure brought by chance rather than through one's own actions. Since good fortune lies beyond our control, and we psychotherapists focus on taking charge of what we can control, we don't often address the matter.

However, in writing this blog. I've discovered that the subject of luck surpasses itself to teach us about life.

In an opening sentence of his probing memoir Do No Harm Stories of Life, Death, and Brain Surgery, Dr. Henry Marsh writes, " As I become more experienced it seems that luck becomes more important."

His confession is poignant; this skilled surgeon appreciates that the element of luck transcends his expertise and experience.

Obviously then, luck is a factor with which we must contend. How then to frame it?

From the incident in Nice, France when scores of people were mowed down by a terrorist's truck on July 14, 2016, we realize that luck can change in a split second. We do well to appreciate the moment and be grateful for every day.

Nor does bad luck have to demoralize us. A person who suffered terrible luck, Sam Berns inherited the genes for progeria, a rare disease of pre-mature aging and early death. In spite of his misfortune, he possessed a positive attitude. In his short 17 years of life, he helped raise awareness of the disease, and delivered a TED talk titled "My Philosophy for a Happy Life."

Without conscious awareness many of us participate daily in this effort to distinguish between what we can and cannot control. When Mr. L. was let go from his job, he had to sort out factors related to his performance from the financial changes in his company.

We are relatively lucky or unlucky regarding the era into which we're born in regard to scientific knowledge and societal attitudes. Until recently, the genetic component to addictions wasn't recognized. Alcoholism and drug dependence, once regarded as character flaws, are now viewed in the context of genetics and treatment.

Appreciating his luck taught Mr. M. to look at people in the street with more compassion. He became less critical of their obesity and poor posture when he thought about his good fortune to inherit the genes for a muscular build and to have time and money to exercise at the gym.

Conclusion: Considering the subject of luck can help us appreciate the moment and increase our compassion toward people who are less fortunate.