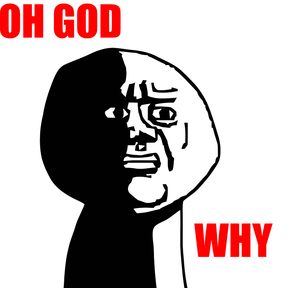 In case you missed the media frenzy on the coma box in your living room, Prince William and Kate were in New York City recently to hang out and see a play. But it's not what they did in NYC that was interesting. It's how they got there.

You see, William and Kate flew to New York on a British Airways flight, not a private jet. That's right! They flew into JFK on a regular people plane. Though William and Kate didn't get smashed en route on airplane booze and throw a prosthetic leg at a flight attendant, which is exactly what a woman did on a Tunisian flight in August.

An article documenting the incident appeared in the New York Post but didn't include the woman's name. This left me in a quandary when writing this post. I didn't know whether to call the woman "the woman" or to make up a name. After a moment of introspection, I decided to make up a name and refer to the woman as Ms. Turbulence.

According to the New York Post, Ms. Turbulence had a midair "meltdown" after the flight attendant refused to give her a parachute. The meltdown occurred at the point of inebriation between sloppy drunk and obnoxious drunk, when every vessel of her bloodstream was infused with booze, except for her prosthetic leg, which she removed, then threw at the flight attendant.

Meanwhile, on the other side of the ocean in a jet lag time warp, William and Kate flew round-trip to the States via airborne public transportation rather than private jet or royal transporter. The blue-blooded couple didn't want to waste U.K. tax dollars flying to the colonies on a Falcon 7X, unlike lowbrow U.S. Congressional royalty. The monarchs embraced our commoner way of life and the disadvantages it brings -- drinking tiny bottles of airplane booze while getting their seat kicked by the kid behind.

Though William and Kate would never behave badly in the sky or on the ground, and would never ever guzzle airplane booze. Unlike Ms. Turbulence, who, while flying higher than her fellow passengers at 30,000 feet, had a hissy fit when the flight attendant wouldn't let her disembark the plane in a parachute; she dissed the crew, slapped a kid and lobbed her leg. Yes, she hit a kid before she threw her leg. There's no reason to believe the child had kicked her seat.

After the incident, the pilot made an unscheduled stop at Gatwick Airport where police hauled Ms. Turbulence off the plane and arrested her.

I wonder if they held her leg for evidence, a fitting punishment for a crime in which she didn't have a leg to stand on.